There’s been a lot of chatter for a long time about the impending demise of the row-your-own manual transmission. I’m not talking about those automated manuals – with or without an actual clutch or two – with acronyms lifted from the annals of phone company documentation such as DCT, DSG, PDK, etc. No, I speak of the real, three-pedal mechanical gear changers with a friendly stick emerging from either the floor or – if you’re old – the steering column.

Let’s start with nomenclature. You can call them whatever you want. You can have paddles. You can have an up/down or left/right slot in the center console. You can have buttons on the steering wheel or on the side of the shift knob. But – and this is the key – if your car has only two pedals and/or has the ability to change gears all by itself, it’s an automatic. That’s really it.

Given my druthers I’d rather have a three-pedal manual. I completely accept the fact the computer-controlled automatic is faster and more accurate. That’s great for the crowd who thinks that, just because they can lap Laguna Seca or the Nürburgring on a 40-inch screen, they can clearly do it in real life. Good for them, the artless hacks.

I’m not going to complain about the lack of manual transmission options in new and newer cars and trucks, because after all this time I have come to realize that despite my age and household income landing me squarely in the appropriately juicy demographic, I will never be any manufacturer’s target market. I am an enthusiast who prefers older and old cars and will likely not ever buy a brand-new car again. This knowledge is not a burden to anyone. But more on the new-car thing in a minute.

Several years ago while working as a service advisor at a Volkswagen dealership, I had a conversation with my friend Brian in the sales department. I had recently had part of my frontal lobe removed via my left eye socket, and was thinking about taking the company up on one of their ultra-cheap friends-and-family Sign & Drive lease deals.

Side Note #1: I’m not morally opposed to leasing. Some will tell you it’s a waste of money, and that at the end of the term – since you’ve essentially been renting the car – you have nothing. A true statement, but realize you have the option to walk away from the car. No, it won’t be for free. But even if you have to write a $1000 check to not own a three-year-old VW just out of warranty… well that’s just money well spent.

Anyway, I lamented to Brian the only options I would want on a then-new Passat CC is a 6-speed manual, heated seats, and a sunroof. Oh, he said, the manual is only available in the most basic of base models – i.e. no factory sunroof or heated seats. Further, assuming you wanted one of their nifty little Tiguans… well, you could only get a manual in the most basic of base models there, too. No 4Motion all-wheel-drive, no aforementioned factory sunroof or heated seats. A manual was available on the 2-door Rabbit (née Golf) but not the 4-door. I guess I could have gotten a diesel that wouldn’t start in the dead of winter, or a GTI.

Side Note #2: A sunroof and/or heated seats could be added to almost any car, of course. However, my almost five years in service taught me to never, ever cut a hole in the roof of a new car, because that way lies madness. Conversely, we rarely had problems with the aftermarket tushy warmers, as opposed to the factory VW units that would occasionally light themselves –and you – on fire.

I said to Brian if VW made the car I wanted, I would buy (lease, whatever) it on the spot. He said I wouldn’t, and he’s probably right. For people like me – all six of us – it’s more the idea of being able to buy a manual in a new car.

My heart finds it sad that real manuals are going away in cars I could actually see owning someday. Ferraris and Lamborghinis don’t count. Even if I hit the lottery, nothing new from their showrooms would land in my garage, as noted here. Porsche seems to be making fewer and fewer manuals available in their new high-end models, but that’s okay, too.

However, when that someday arrives I might want a just-released BMW 4 series convertible – several owners down the road, of course – and there will be no manuals. Ditto an F31 3 series wagon, either with or without all-wheel-drive. And the X1. The list goes on. 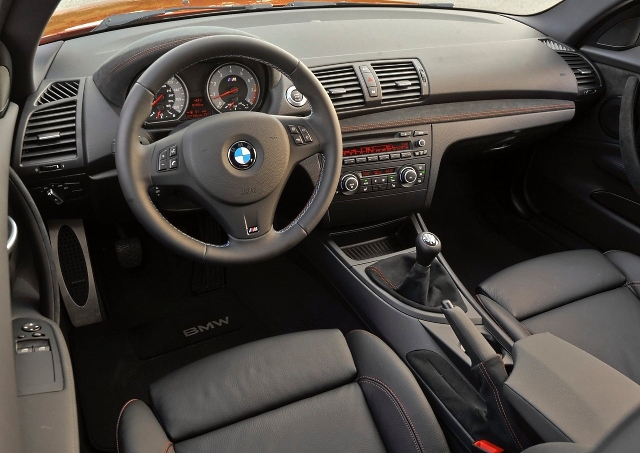 My head gets it, however. Thanks to federal guidelines, it’s hugely expensive to certify cars that will sell in only very small numbers. Example: Apparently the number of manual Lamborghini Gallardos sold was so small the factory called the dealers who did order one to confirm said order wasn’t a mistake. Car makers are in business to make money, not to cater to those six people who really want to row their own, but wouldn’t actually lay down the credit application.

For several years BMW has had an interesting stance on the manual transmission. They say not a lot of buyers take manuals, so they don’t make more of them. (They also don’t include them in their lease deals.) However, anecdotally I’ve heard they can sell every manual-equipped car they build. So which is it? If they built more, would they sell more? Or if they built none –which seems to be the direction they’re headed – would they chalk it up to nobody wanting them? Is the marketing department telling us nobody wants manuals so they won’t build more and, since we can’t have them, we now don’t want them?

Of course, several manufacturers still offer manuals, including BMW. But it seems for people like me the used market is the best hope. Every version of the E36 and E46 could be had in with a manual. Ditto the E34 and E39 5ers. Even some X5s – albeit with “only” the 3.0-liter – had a manual. Other manufacturers offered manuals as well in all manner of vehicles, some through the mid-2000s.

The problem is every year those cars get older.

4 thoughts on “Commentary: Death Of A Manual” Leave a comment ›