Money Is No Object (For Some)

Thrice I saw this car and thought, “Who cares?”

I’ll preface the rest of this with the following:

Further, I’m not some sort of class warrior. I don’t begrudge someone who can pony up the dollars to buy any of the new crop of second-tier (Gallardo, Ferrari 458, McLaren MP4-12C) or first-tier (Lamborghini Aventador, Ferrari 599) exotic cars. 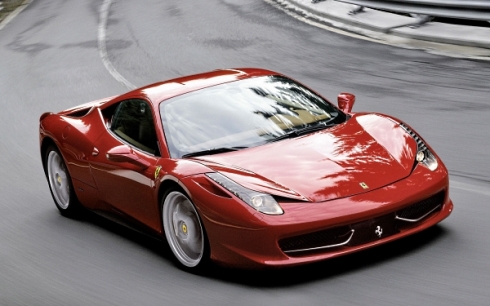 Okay, maybe not the 458, which is genuinely pretty. Anyway, while it does certainly seem the average new exotic buyer is checking things off his or her “Now I Have Money” list… hey, it’s your money, have at it. But more than not caring about their ability to purchase any of these cars, what I really mean is I don’t care about the cars themselves.

I’m not a wealthy person. Not even close. But if I hit Powerball tomorrow I can honestly say I wouldn’t be trying any of those cars, even for a little while. Maybe it’s because you can’t get most of them with a proper three-pedal arrangement* or maybe I just like old cars**.

* I get it. Automated manual gearboxes are faster and more accurate than I will ever be. I don’t care. Pushing a button is not as fun as snagging the perfect heal-toe downshift while boiling into a corner. Moreover, if your car only has two pedals and will shift for you all by itself, it’s an automatic.

** It’s moot to compare new expensive cars with old expensive cars. Most of the time you’re looking at different markets and different buyers. At the end of the day, you really have to want to live with an old car, and most of today’s newly wealthy don’t. Which is completely understandable.

So what would I buy if I was suddenly fabulously wealthy? I have no clue. I would have a hard time spending $200-400k on a brand-new something not because it’s expensive but because I don’t have the interest. Without delving into the genuinely old – $350,000 might get you a decent if not outstanding Ferrari 365GTB/4 Daytona – I can think of several later-model rides I wouldn’t mind trying on for size.

What if you could get a two-door, aluminum Fisker Karma convertible powered by an M5 engine. Oh, wait you can.

Forget for a moment the final iteration had an automatic transmission and an engine displacement decrease, despite being breathed on by veteran BMW tuner Alpina. Instead, remember the performance is striking today despite the non-Alpina engine making “only” 400 horsepower. Remember they are probably the prettiest modern roadster BMW has penned, if not the prettiest of the recent era period. Remember that despite their exotic hardware and aesthetics, underneath they are actually real cars.

What you want is an original-recipe model with its S62 4.9-liter V8 and 6-speed manual transmission. All colors work well and tend to accentuate the car’s lines. The only really unflattering angle is the rear 3/4-view, and even that’s not so bad. The interior is modern and with the gauges angled toward the driver, just like in proper BMWs of old (well, the 70s and 80s anyway).

Prices have been quietly moving up the dial for a while now. Perfect, ultra-low-mileage examples (think low four digits on the odometer) in better or rare colors are cracking the $140k mark. The nicest one on the planet is still likely less than $175k. 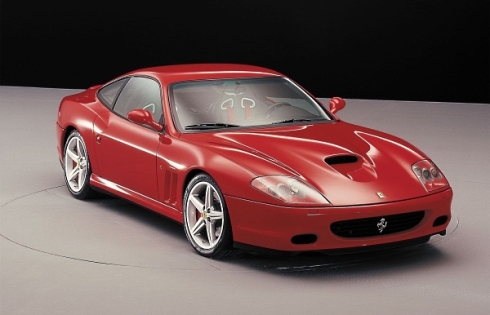 The aforementioned Ferrari Daytona is an icon. It looks fantastic. Its V12 engine will pull to redline in 5th gear, which equates to an indicated 180 mph. While doing so it screams in a way your ears will enjoy, despite bleeding onto your collar.

The 550 is the real and final successor to the Daytona. A manual transmission in the later 575M is next to impossible to find, as the vast majority of owners opted for the F1-style flappy-paddle automatic. The newer 599 is kind of ugly in the motif of all current Ferraris. That makes the 550 better. It even came in a quasi-convertible format; though the cloth bikini top was only good to 70 mph, the optional hard top (costing about the same as a new Honda Accord) was sturdier.

The entry fee to Ferrari ownership, in this case, is less than that of the Z8. Which is good, because general maintenance costs on the Ferrari have the potential to be ruinous. Ironically, if you’re handy the 550 is reportedly not bad to work on, but the lack of stamped paperwork will decimate the resale value. Still, rumor around the Ferrari websites is the more you use the car, the happier it will be (true of a lot of cars, actually).

The old axiom about prices going up as tops go down rings true here. Prices range from $80-100k for excellent coupes to almost exactly double for a topless model. Perhaps if you’re shopping in these strata, your real concern is how the car will be used. 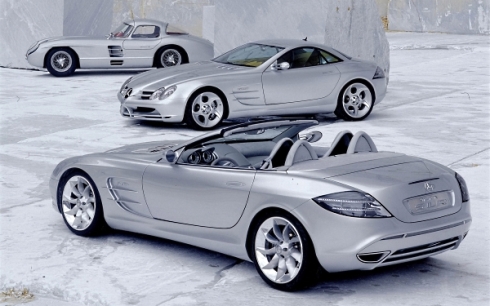 Everyone has been making a big deal about the SLS AMG. While I get what they were trying for, the only thing the SLS really has in common with the iconic 1955-1957 300SL is the gullwing doors. Those ‘wings are bolted to a car so painfully unattractive it’s somewhat criminal to even mention the two in the same breath.

Right before the SLS, however, was the SLR McLaren. Make no mistake, it’s not a particularly pretty car, either. It has weird proportions and a beak. Its doors look like they were stolen from some tuner Honda. But just because it’s awkward looking doesn’t mean it’s not unbelievably cool.

Given the cars pedigree – Benz and McLaren were its parents – it’s no surprise the amount of technology crammed in. Lots of carbon fiber and aluminum were used, and the 617 horsepower V8 was supercharged and intercooled. The only transmission available was AMG’s 5-speed automatic with, yes, flappy paddles. Active aerodynamic aides and all sorts of electronic trickery kept the car stable and cool at all speeds.

And there was definitely some speed to be had. 60 mph came in under 4 seconds, top speed was the north side of 200 mph. While doing this, you have a front-row seat to God’s-own V8 soundtrack, as the exhaust exits just ahead of the front doors. Further, the windshield wipers are designed to work at 200 mph. Why? Because the car goes 200 mph, silly.

The interior is gorgeous. I mean, just look at it! All leather and aluminum trim. And there was even a roadster version. 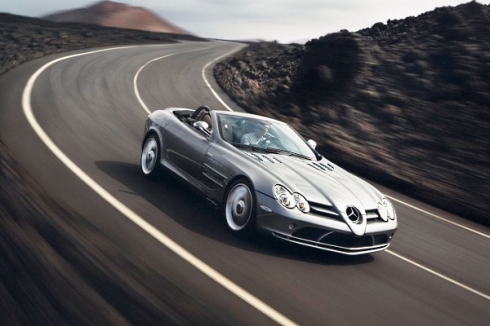 Perfect examples – because there aren’t really any beaters out there – with way less than 10k miles start in the low $200s. Add $80-100k for the roadster. Virtually new cars are pushing $400k. My quick perusal of available cars shows all of them to be black or silver, so to be even more different I’d recommend searching for an actual color like Crystal Fayalite Green or Crystal Digenite Blue.

Let us know which of these, if any, you’d choose, or if we’ve missed something.

4 responses to “Money Is No Object (For Some)”