We have covered the Alfa Romeo 164 before here on Totally That Stupid. That doesn’t mean we’ll shy away from a nice example, especially after a nationwide search, and especially while still in the middle of winter when the pickings are slim at best. No, we’ll continue to cover our favorite early-1990s front-wheel-drive Alfa Romeo sedan as long as clean, well-sorted examples appear on our monitors.

Example – this 1995 164Q out of Long Beach, California. I wasn’t looking for something this rare or this far away. I was looking for a daily driver replacement. I think it would be a shame to slog through winter in a 164Q, but let’s have a look anyway.

When they originally landed in the US, the 164 was kind of an odd duck. The wrong end provided the motivation, and while not as weird looking as the preceding 75/Milano, it didn’t have the subtlety required of a premium mid-size sedan whose competition included the Mercedes-Benz 190e and the BMW E30 3 series. Heck, even the 164’s brother-under-the-skin, the Saab 9000, was pretty mainstream. Broken (no pun intended) out into Base, L and S models, the first 164s had something for everyone.

Still, the debut – and Alfa’s attempt to really push into the mainstream – may have been too soon for people used to rebuilding their Italian engines on Sunday just to get to work on Monday. 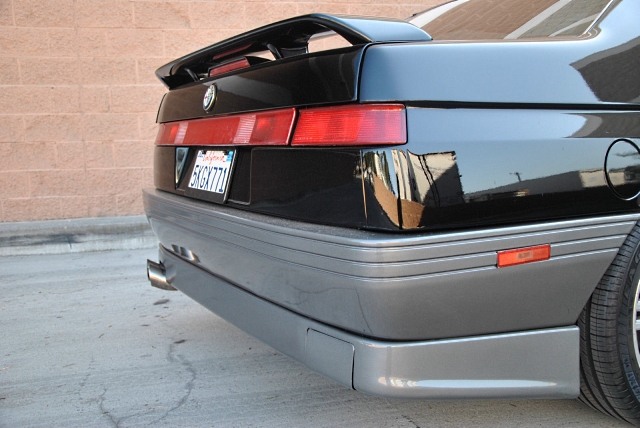 At the end of the 164’s run – and near the end of Alfa’s first residency in the US in general – the 1994-95 Q cars had 230 horsepower, 3.0-liter, 24-valve V6s pulling through a 5-speed gearbox. They sported lower and tighter suspensions than their plush 164LS littermates, and a body kit that may or may not tickle your fancy. Personally, I could leave it out. It’s period correct from a time when body kits looked like something from the back of a magazine. The Italians can do Boy Racer with the best of them, but this setup just looks tacked on.

The car is said to be a one-owner, garaged, unmolested example, with a pile of paper work and a laundry list of repairs, which could just be normal maintenance on a 20-year-old Italian sedan. Hot ticket mechanical items like the clutch, steering rack and cooling system are complemented by those things that are merely annoying like a window regulator and power seat control panel. The engine was rebuilt 4000 miles ago, which could be the result of 203,000 digital clicks or a snapped timing belt. Or both. Make no mistake – the timing belt on these powerplants is not to be trifled with.

The four-place leather interior looks magnificent, with clean seat bolsters and a stock radio. The dashboard looks perfect, and while the HVAC control lights up we don’t know if it all works. Hard to tell, but the headliner looks to be tight and not about to wick the pomade off your scalp. Seat heaters? The car appears to have them, but do they work?

Of course, being an Alfa, there are a few items that need fettling; open axle boots are the bane of many FWD applications, and the sunroof only half works. The power antenna doesn’t work, but then neither does the one on my stoic German sedan. The seller states it will be fixed, unlike the one in said Benz. You may want to replace the coolant reservoir, or not.

The wheels shown in the eBay ad are not included in the auction. Stock wheels and different tires will be provided. I think this is kind of lame; show what is actually provided with the car, rather than tarting it up with fat meats and then saying, “Oh, yeah, that’s another $1500.” 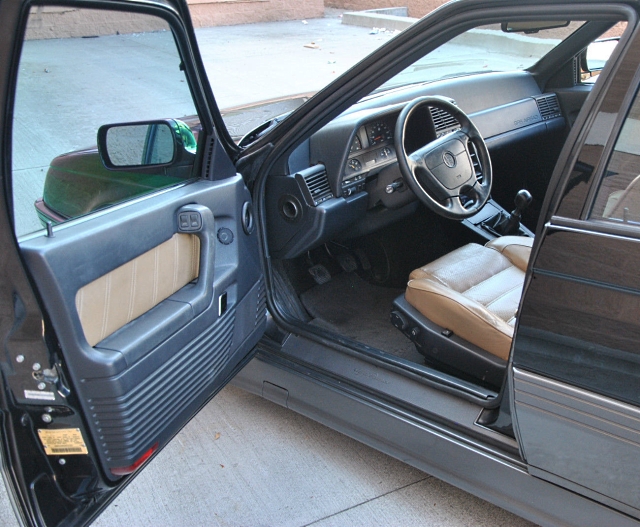 The 164 – though not this one – is still on my list as a Next Car, even though my wife (completely, irrationally) hates them. She may have told me why, but I’ve since blocked it. But she also once questioned me buying a roachtastic 1985 BMW 535i. Then she firewalled the throttle in third gear and, as we like to say, got religion.

Even though neither my TTS cohort nor I have yet the stones to pull the trigger, I might see that happening. 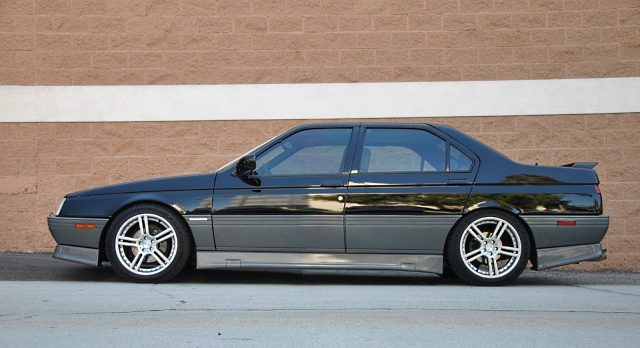 Totally That Stupid – Car Geekdom, and a little bit of life. 1995 Alfa Romeo 164 Quadrifoglio: Too Nice To Daily