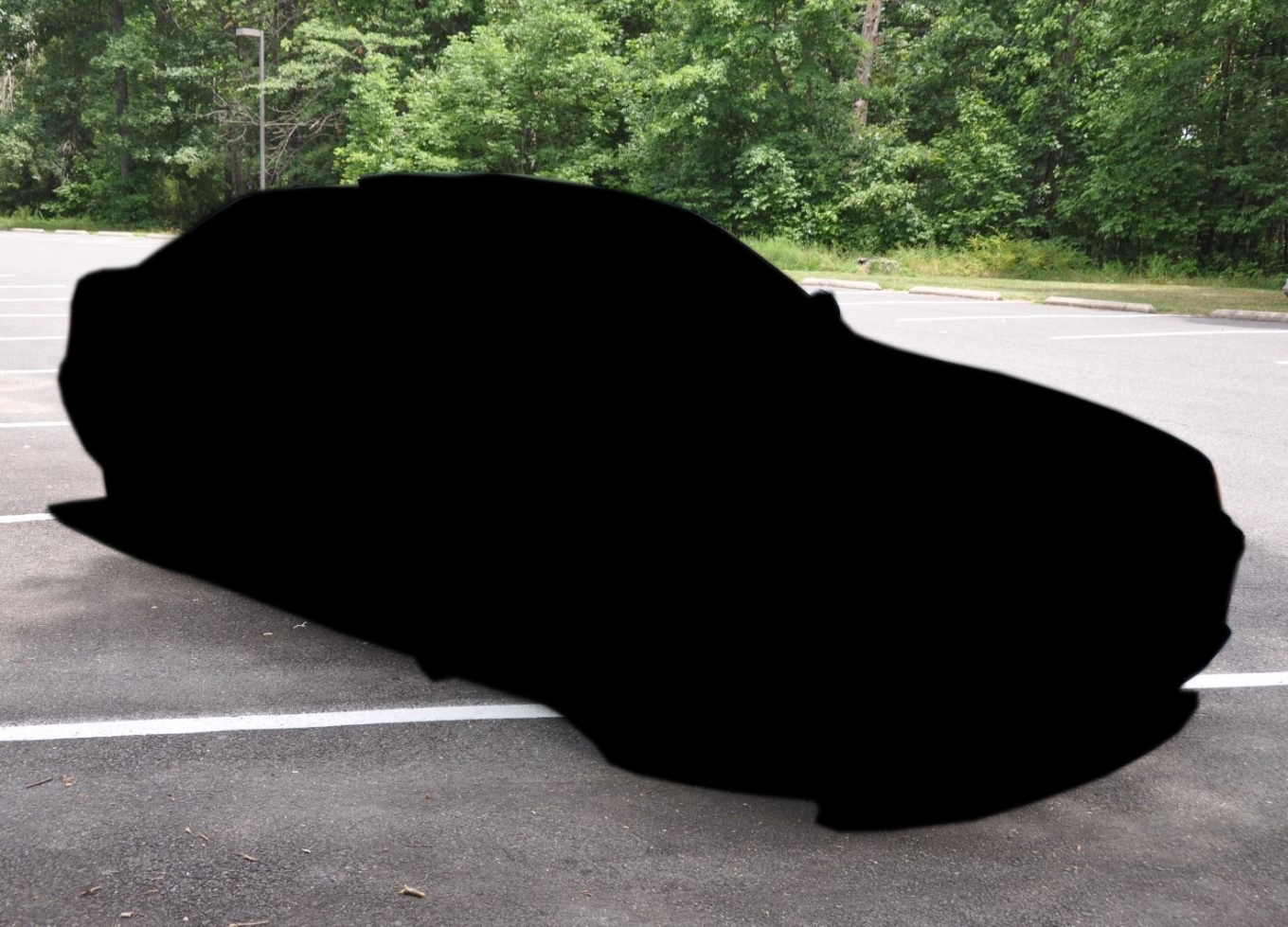 Regular readers of TTS will understand – while we prognosticate at great length on vehicles we are stupid enough to purchase – rarely do we actually purchase any or all of the vehicles featured on these pages. Although, come to think of it, I have been asked where I’ve been hiding my Audi 90 20V and Lincoln Town Car. Regardless, my cohort is more apt to swap fleet members than I am. I’m more of a long-term relationship kind of guy when it comes to the mechanical children who inhabit my garage.

But this time I actually pulled the trigger. And while I’m still waiting to see through which door the 1995 E320 exits, the new kid (as yet unnamed) has landed, and is resting comfortably next to Rudi, our 1985 BMW 323i Baur TC2.

In my last missive, I threw down a laundry list of candidates, most of which were sedans offering some degree of sensibility. I also listed out some basic guidelines as dictated by my ever-patient wife, the upshot of which were: 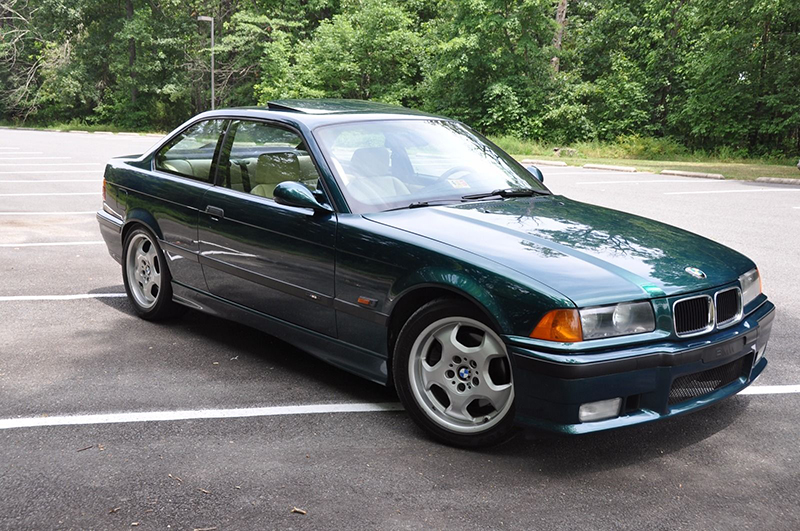 Speaking of my cohort – the one with the commitment issues – he had somewhat recently purchased a 1995 BMW M3 from a guy he knows who deals in interesting cars as a hobby. I wouldn’t say they’re friends, per se, but they are friendly and have traded cars among themselves here and there. Reed trusts him, and I trust Reed, so the math works as well as you can expect when talking about old cars.

I had been looking around in certain distant markets around the country – where rust is less of a thing – for a car when Reed put the M3 on eBay. His high-bidder during the auction came across as sketchy. Sure enough, with less than two hours remaining on the auction, this bidder clicked Buy-It-Now, and almost immediately followed up with an email to Reed saying, “Yeah. Sorry about that. Clicked BIN by accident. I won’t actually be buying your car.”

Apparently, on eBay, you no longer have to honor your commitment to buy anything. To Hell with it! I’ll just torpedo this guy’s auction after almost the entire duration because nothing actually matters anymore! Dogs and cats cohabitating, etc.

Reed and I had been chatting on the phone while all this was percolating. When the dust settled, I heard myself asking those words I so rarely utter nowadays: “So, what do you really want for it?”

Oddly, and despite really wanting an E39 5 Series, my aforementioned patient wife was on board with this from the moment I brought it up. 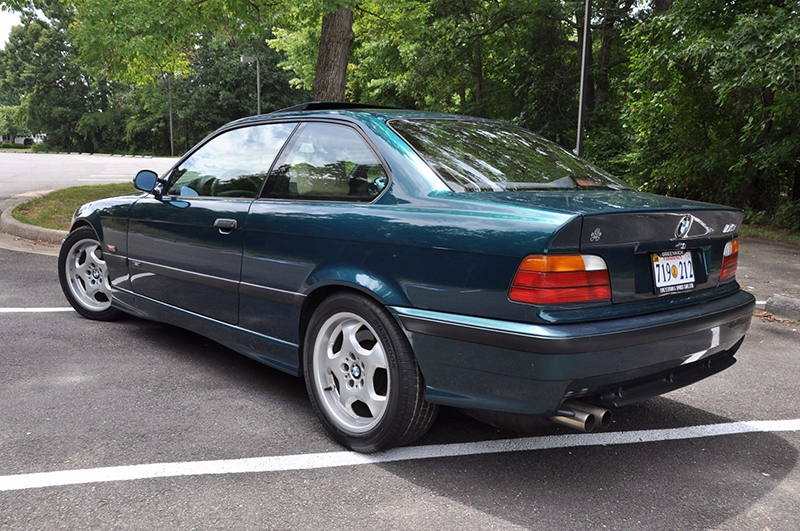 Yes, it’s green. Maybe it’s because there’s a lot of pearl reflected in the sunlight and it’s not the ubiquitous 1990s BMW Laguna or Oxford greens, the color wasn’t a deal-breaker. A two-door? The kid is old enough to climb in and out of the back seat by himself. An M-car? Well, we’re no longer in northern California, and it’s not an Acura, and… I’ll stop asking questions.

She looked up from her laptop on the other living room sofa and asked if I wanted it. I said, “Yeah, I think I do,” and quickly followed up with something about the fact she’ll love driving it. A sigh, a deal struck, and she returned to her computer. But I have a feeling she’ll be dining out on this one for a while. 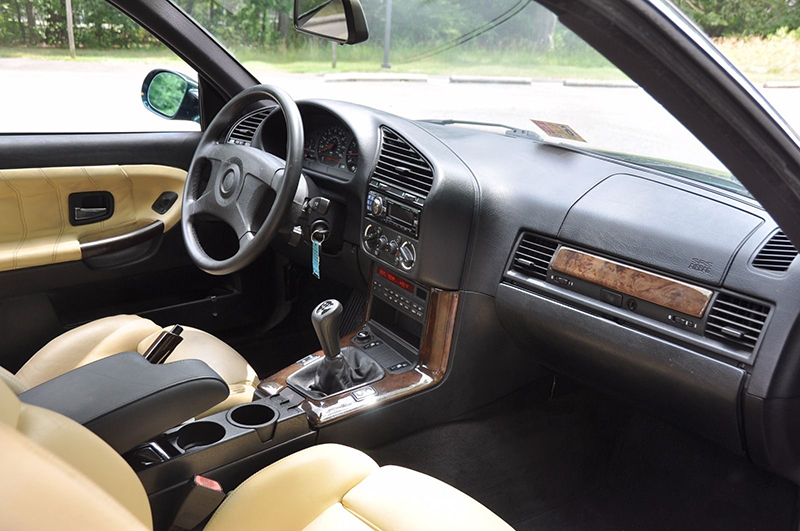 And what about it? A one-year-only color combination of Boston green on champagne extended Luxury Package leather, 200k miles, very solid bones, no rust, and a proper three-pedal manual transmission. The seat heaters get hot, and the AC will freeze you out. The interior in general is outstanding; I’ve not seen a champagne Luxury interior this clean since the hero images in the 1995 M3 brochure.

Very recent work includes: a rebuilt cylinder head and new head gasket; most of a new cooling system; a new clutch; new Koni shocks, struts, and mounts all the way around, as well as rear toe bushings with those little support discs. The paintwork looks to be mostly original with VIN stickers present throughout, though the non-Luxury package front bumper wears a respray.

So why did I buy it? Three reason. One, the E320 is getting bad enough I want it to go away. Two, I’ve always wanted an E36 M3. Three, it was relatively easy in that I really didn’t have to go searching; I let the car land in my lap. I was going to be in Philadelphia for business anyway, so after a quick Amtrak ride to Washington, D.C., I could be on my way back to Minnesota.

Speaking of which: It had been a couple of years since I had plopped down into a relatively unknown car and driven more than a thousand miles home. I figured it was a trade-off. Two years ago the 323i had taken us through many miles of absolutely beautiful nothing, but it had been through god’s own pre-flight check by none other than Bill Arnold. The M3 had an easier drive, mostly through civilization, but despite the recent repairs and generally good chi, the car was untested on a long, two-day burn. 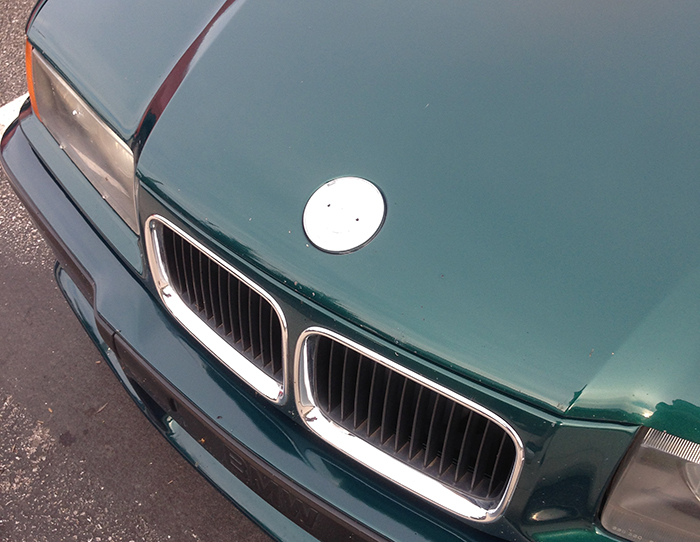 Happily, the drive was completely uneventful, save the vintage, delaminating hood emblem shedding its skin in Ohio. I averaged around 61 mph and just over 26 mpg. The Luxury package seats are true all-day chairs; 726 miles from Fairfax, Virginia, to Deerfield, Illinois, in one day produced no back, leg, or neck pain. Had I not been exhausted from work travel and lousy sleep patterns – and maybe a healthy fear of the nocturnal Wisconsin wildlife – I could have pushed the final six hours home. The car is that good. 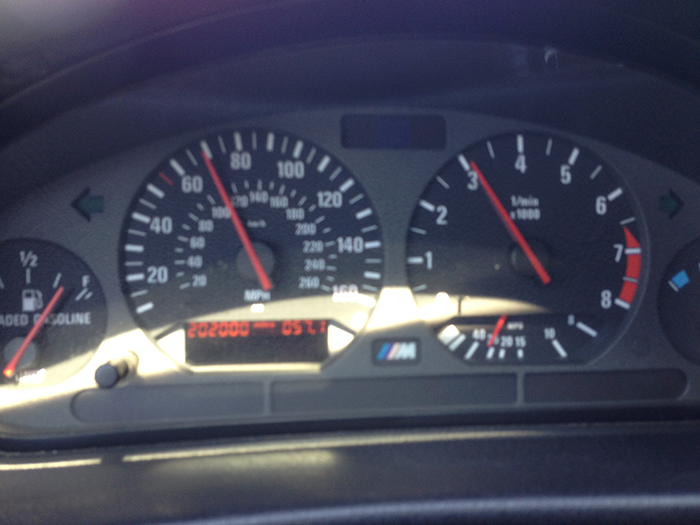 Issues? Nothing out of the ordinary for a 203k-mile E36 of any stripe, regardless of the badge on the back. An in-the-air inspection reveals some maintenance items, but, again, nothing egregious – an inner tie rod, four tires, some dashboard light bulbs, the occasional chirps from the HVAC fan. The glove box doesn’t fit right and all the electrical bits seems to work, except those that don’t, because BMW E36 3 Series. And just like my E320, if you romp on it hard it has a mild taste for engine oil. No romp, no taste.

Overall the car has good bones and is an absolute party to drive. I had forgotten how much fun an E36 M3 is. It’s a color, albeit an unexpected one. It has the right number of pedals and tushy warmers. It’s not rusty.

That’ll do for now, no-name-yet car, that’ll do.

3 thoughts on “TTS, Apparently: The New Kid In The Garage” Leave a comment ›