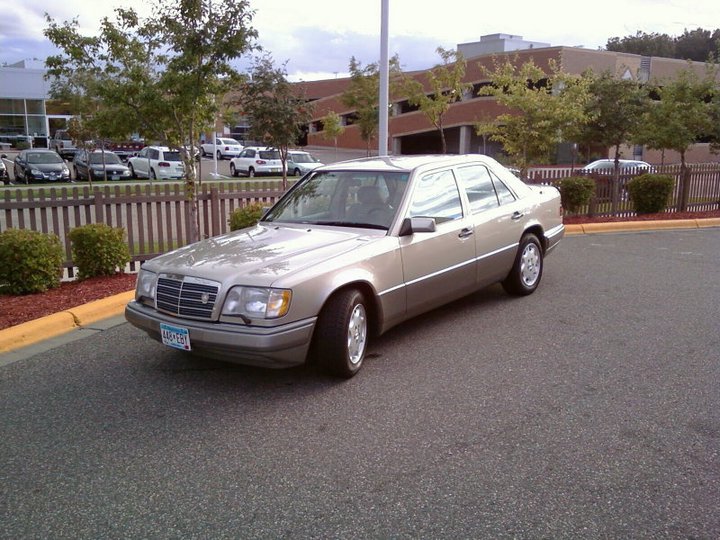 Previous posts here on TTS had me talking about replacing my 1995 Mercedes-Benz E320, loudly rusting away before our very eyes. Off the table are the blue-sky kinds of cars we daydream about, replaced with actual daily conveyances to be flogged throughout the harsh four season we have here in the North Woods.

Additionally – and I will admit this is straight-up a first-world problem – the rust is becoming unsightly. Structurally, the car is still solid (enough, and for the time being). But now, even after a thorough scrubbing, the car is becoming less and less attractive.

Actually, you can’t even get the folks down at the carwash to give Shultz a decent scrubbing. Guess they’re not up on their tetanus shots.

But vanity is a real struggle when your iconoclastic ass runs a near-vintage Mercedes. Sure, from a short distance it’s not bad, assuming the car is passing by swiftly. But up close (anything under ten feet) the cancer zits are obviously popping randomly from the body panels, the rust herpes creeping over and around various lips and edges.

Too blunt? Too graphic? Have you seen my car?

The previous rules – “More what you’d call ‘guidelines’ than actual rules.” – as dictated by my ever-patient wife are still in play: no green, nothing with a BMW ‘M’ badge (leftover weirdness from our time in the Bay Area doing track events… don’t ask), and preferably more than two doors to facilitate installation and removal of our child.

Very, very few makes and models are right off the table. Sadly, I will probably never own a Midnight Jade Green Alfa Romeo 164 or a Brookland Green Pearl Acura NSX (“nothing from Acura” is another wacky rule). The latter is a given since prices are going nutty. The former… I will concede the point that running a 20+ year-old Alfa year-‘round in Minnesota isn’t the best idea (but not actually the worst idea, either).

I have occasionally gone down the path toward buying an SUV. I’ve certainly had some fun in them, including a Mercedes-Benz ML320 and a BMW X5. But generally the ones I like tend to be older and more truck-like rather than the current crop of mall-crawlers – think second-generation Nissan Pathfinder, third-generation Toyota 4Runner, Land Rover Discovery II, a P38 Range Rover, maybe a Laforza. I think I would like any of those, but really only for a handful of days per year when the going gets treacherous. The rest of the time I’d be driving a truck, with the handling dynamics and efficiencies thereof.

So I stick with cars. To wit, and in alphabetical order: 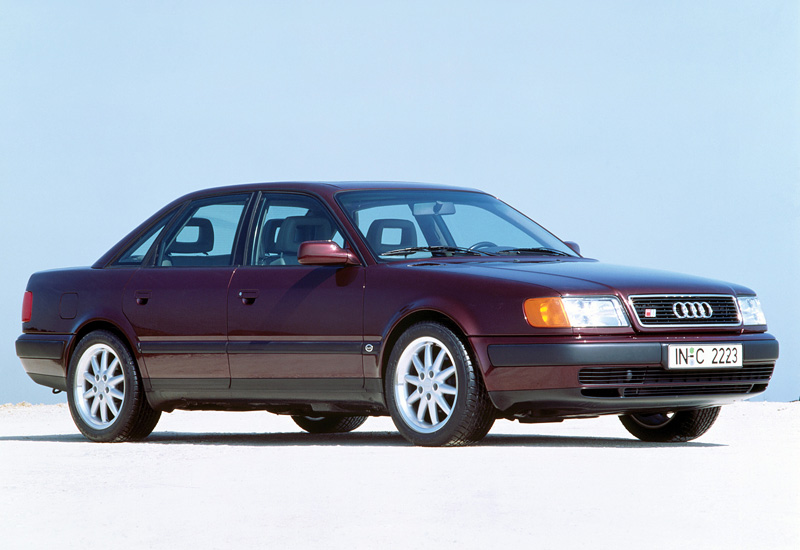 Finding these cars in clean, unmolested condition with less than 200k+ miles is tough. Really tough. It’s a shame, but I get it. They drive wonderfully, in every kind of weather, and for an Audi are pretty bulletproof. So people drive them. A lot. Everywhere, but especially in snowy, salty places. Most of the ones I found needed more than I was willing to put into them.

I guess I’m not really a hardcore Audi guy. 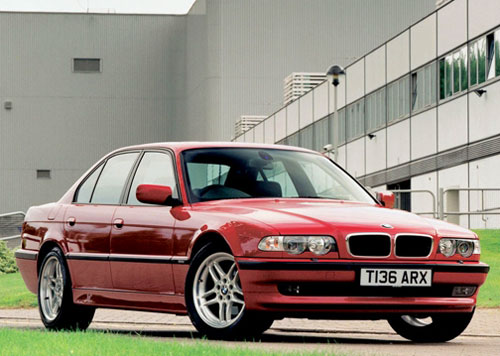 Specifically, a 2001 740i Sport. Aesthetically, I don’t care for the long wheelbase models, but the short wheelbase proportions are just about perfect. Finding a color in good shape is oddly difficult; Titanium silver and whichever Alpine white they sprayed on tend to hold up well enough, but Biarritz and Orient blues do not. Plenty are Cosmos black and Anthracite gray. Imola and Royal reds, and Impala brown, are all gorgeous, but rare. And even the short bodies are big cars. I’m much more comfortable in a midsize.

I did correspond with a guy in San Diego who was offering a silver 2001 Sport with a six-speed manual transmission conversion. It had needs, including most of the programming to make the car forget it was born with an automatic. Indeed, the mechanical part is easy, merely turning some wrenches. It’s the software that’s challenging, especially on the facelift E38s. 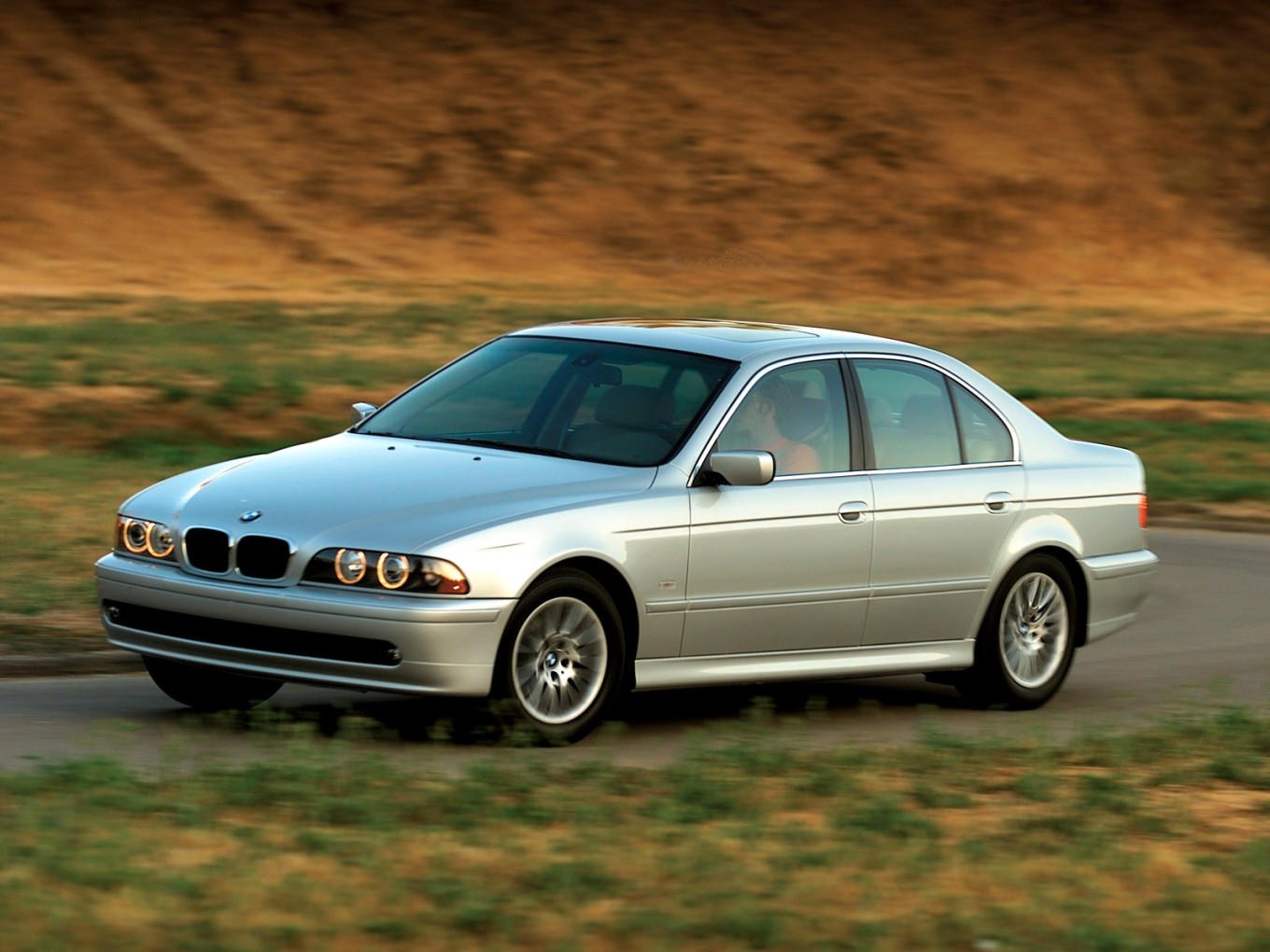 I’m torn between a six-cylinder 528i/530i and the stomping 540i. I like the lighter agility of the six-bangers, but man that V8 is juicy. More and more V8 cars have had the requisite timing chain and guides service. Also, there seem to be more manual-transmission V8s than manual six-cylinders for sale at any given time. Color issues mirror the E38 7er.

I talked to a guy in Ohio who was (is?) selling a heavily-Dinan-modified 1997 528i. It had enough Stevie D. goodies screwed on that it had earned a coveted Dinan trunk badge. Overall it was in nice shape, but had some odd rusty areas. It also didn’t have seat heaters, which for me is a hard thing to look passed. 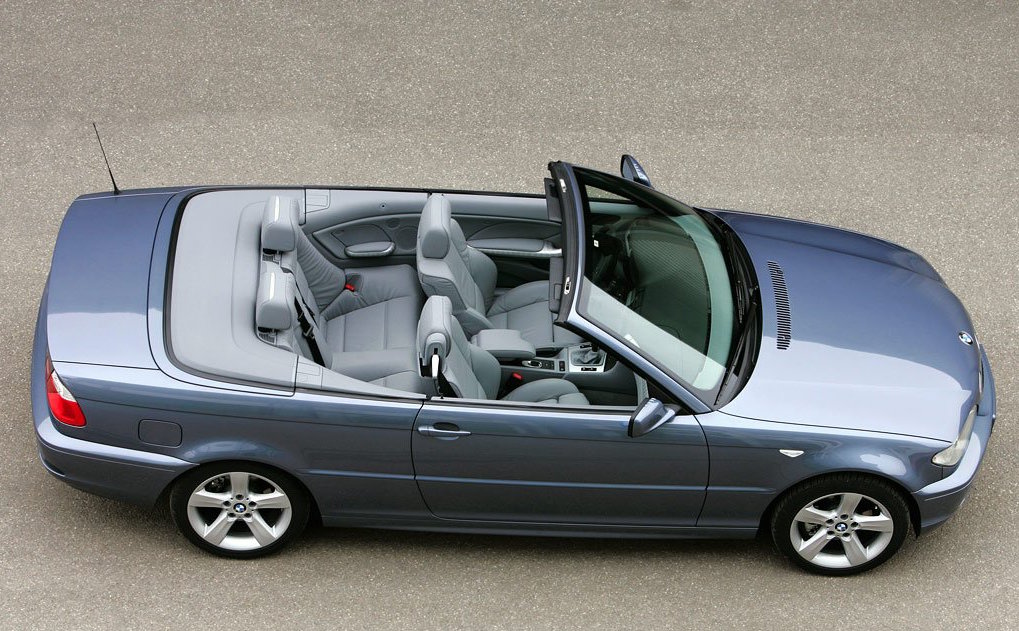 We really hadn’t been looking at 3ers – a bit small all around – until we were in Los Angeles for a wedding. My wife’s college roommate’s husband had a slightly tatty 330Ci convertible he was very casually trying to sell. It lacked both Sport and Cold Weather packages, and the Premium package wasn’t so premium any more. Still, it was a rust-free 5-speed with a clean, working power top. But it had needs, not the least of which was most of the interior. Southern California is hard on fragile BMW interiors of any vintage. 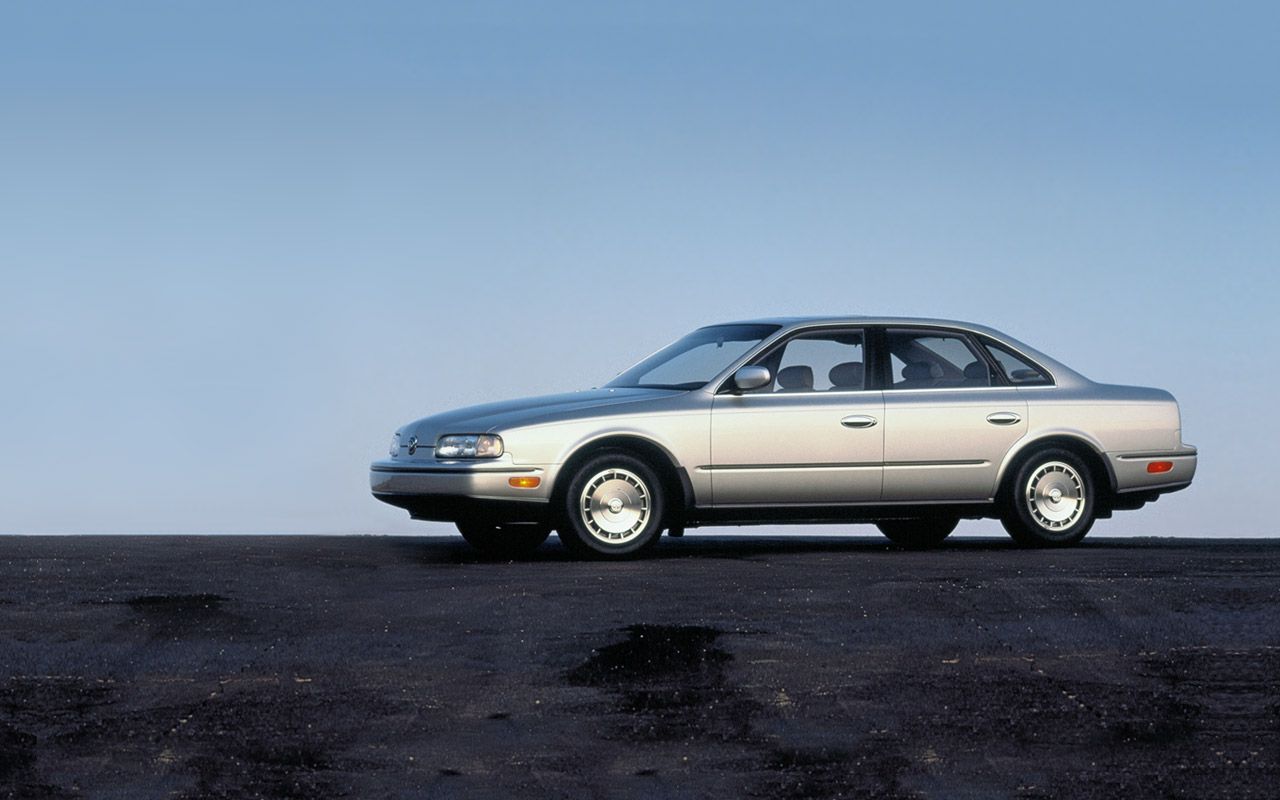 My Dad still has his 1995 Q45a, and it’s still a cool car. Okay, maybe not his example. But the 1990-1995 Q45 is empirically a cool car (1996 doesn’t count, but I’m not going to tell you why right now). You can debate belt-buckle grille versus traditional grille all day long. The early cars (belt buckle) have timing chain issues, and some major factory parts – looking at you, drive shaft – are getting thin on the ground. The later cars lost some of the purity of the original, but the timing chain issue was sorted and they had seat heaters.

My wife was less than enthused. She said it was even more of an old-man ride than my E320. She fails to see the factory hot rod aspect, and is ignorant of just how off-the-charts bonkers the Q45 was when it dropped in 1990. I’m not quite ready to die on that hill. So we move on. 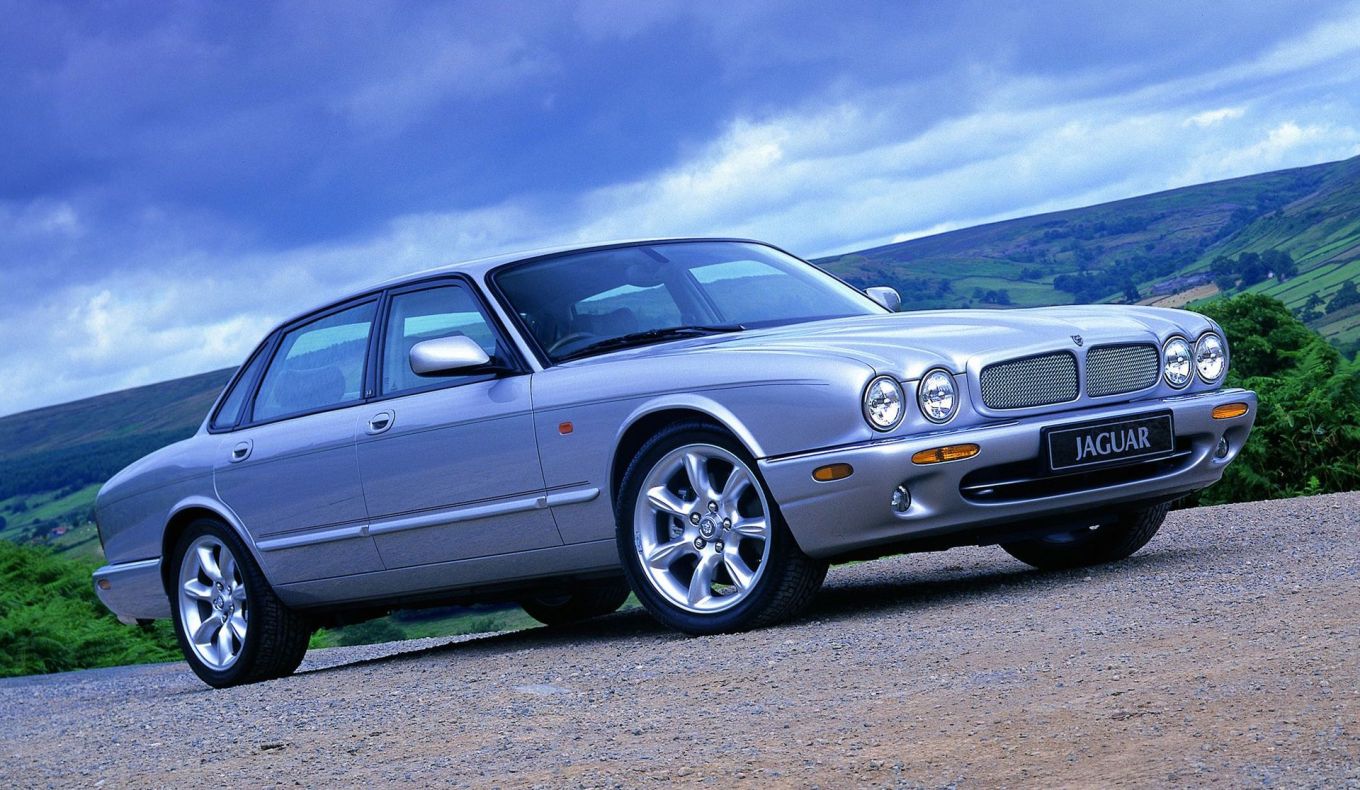 Again, it comes down to six-cylinder versus V8, though this time both have superchargers. Ever since the original Road Warrior I’ve been a sucker for a supercharger’s wail. Nice sixes are getting hard to find, and the V8s have timing chain and guide issues (sensing a trend here?). But, man, just look at it. It is exactly what a Jaguar sedan should look like. And thanks to a massive infusion of Ford dollars, they are pretty bulletproof as well, with fewer of the niggling problems that make British cars so not compelling.

It’s worth noting this is the only car I got complete buy-in for a green example. As it should be. 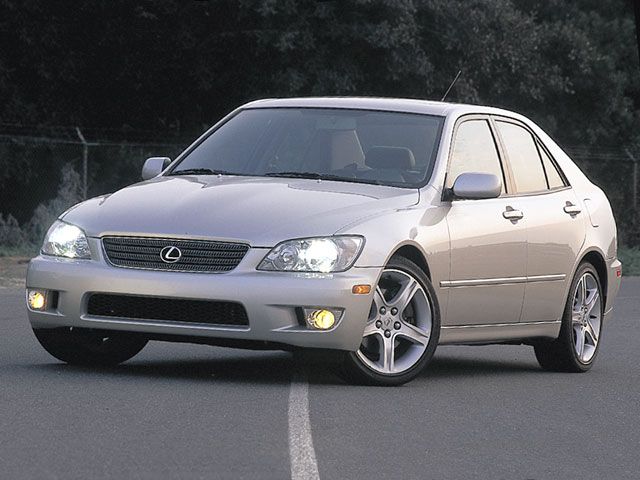 I’ve admired the IS300 since they came out. It was sized like a BMW 3 Series, went around corners like a 3 Series, and had an inline-six and manual transmission like a 3 Series. But it was a Toyota, which means it wouldn’t break all the time. It had one of the best modern gauge clusters, period. It shared enough with its Toyota cousins to make a 320-horsepower sleeper just by raiding the parts catalog. You could even find nice colors – red! blue! yellow! – and a long-roof version.

I don’t know why I never called the guy with the lovely stock, red, late example. I don’t know why I’ve never driven one at all. Maybe I just really want to like them, but don’t want to own two Toyotas. Indeed, as a friend recently said to me, “You have a Toyota so you can have other cars.” 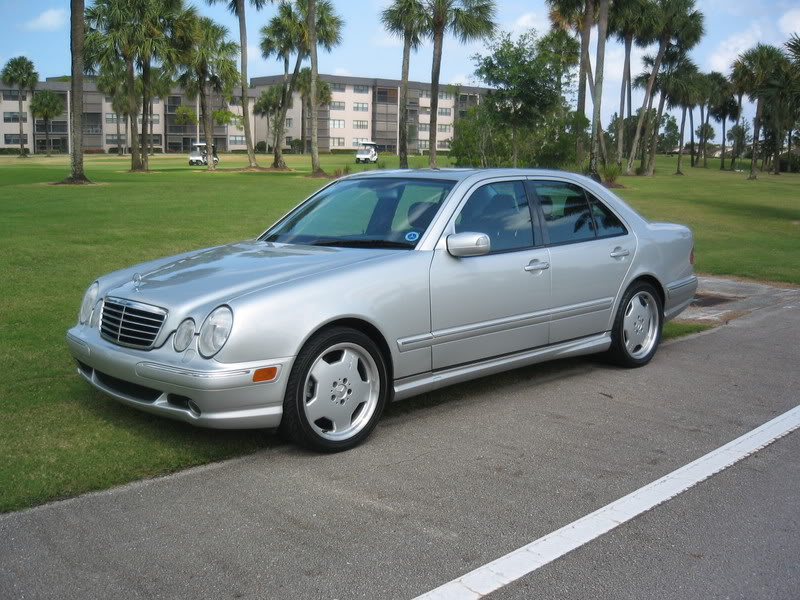 There are a lot of different E-classes out there. I was looking at W124s in six- and eight-cylinder guise, and the later W210 E55 AMG. That was it. The volume production W210s do nothing for me, and they immediately rust if you put extra salt on your French fries.

I kept coming back to the same roadblock: I have had such absolutely stellar luck with my W124, could lightning strike twice? Or would the next W124 just be a series of old, expensive Mercedes problems? Additionally, finding a clean W124 E320 is tough. Finding a clean 400E/E420 is even harder. Fewer V8s were sold, and thus fewer survive.

The W124 six-cylinder coupes and convertibles are fairly plentiful. If you look around, pricing isn’t that off the charts, especially for the coupes. Again, would I be as lucky on the second round?

Most of the E55s I found were run hard and put away wet, and looked it. Some certainly weren’t, or at least didn’t obviously show it. Very few are not black or silver. The one brown Designo that surfaced had the reputation of a dime-store prostitute. I kind of gave up. 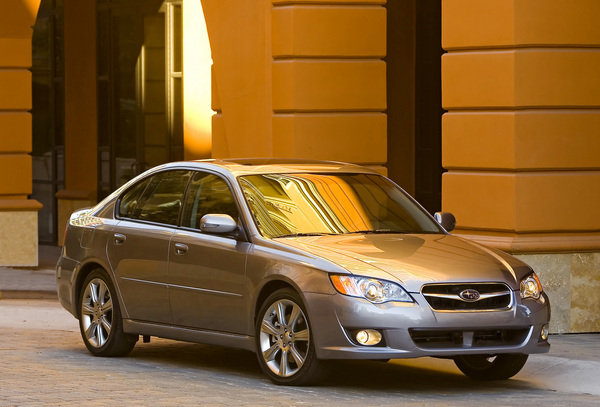 This ticks a lot of boxes. The shape and level of amenities has held up exceptionally well. The boxer-six has neither head gasket nor timing belt issues (it runs a timing chain). The automatic transmission – sadly the only ‘box available – is bulletproof. Every one is all-wheel drive, and they even have Subaru SI-DRIVE, just like a new WRX STI. It’s billed as the last of the ‘enthusiast’ Legacys. The cherry on top? They were available in a stunning Deep Bronze Metallic, which is just as gloriously brown as you think it is.

This is another car I can’t tell you why I never went out and drove. I care a lot more about these than I do the IS300. I have no actual answer on this, other than people still think a lot of the really clean, low-mile examples. I may have punted on those grounds alone. 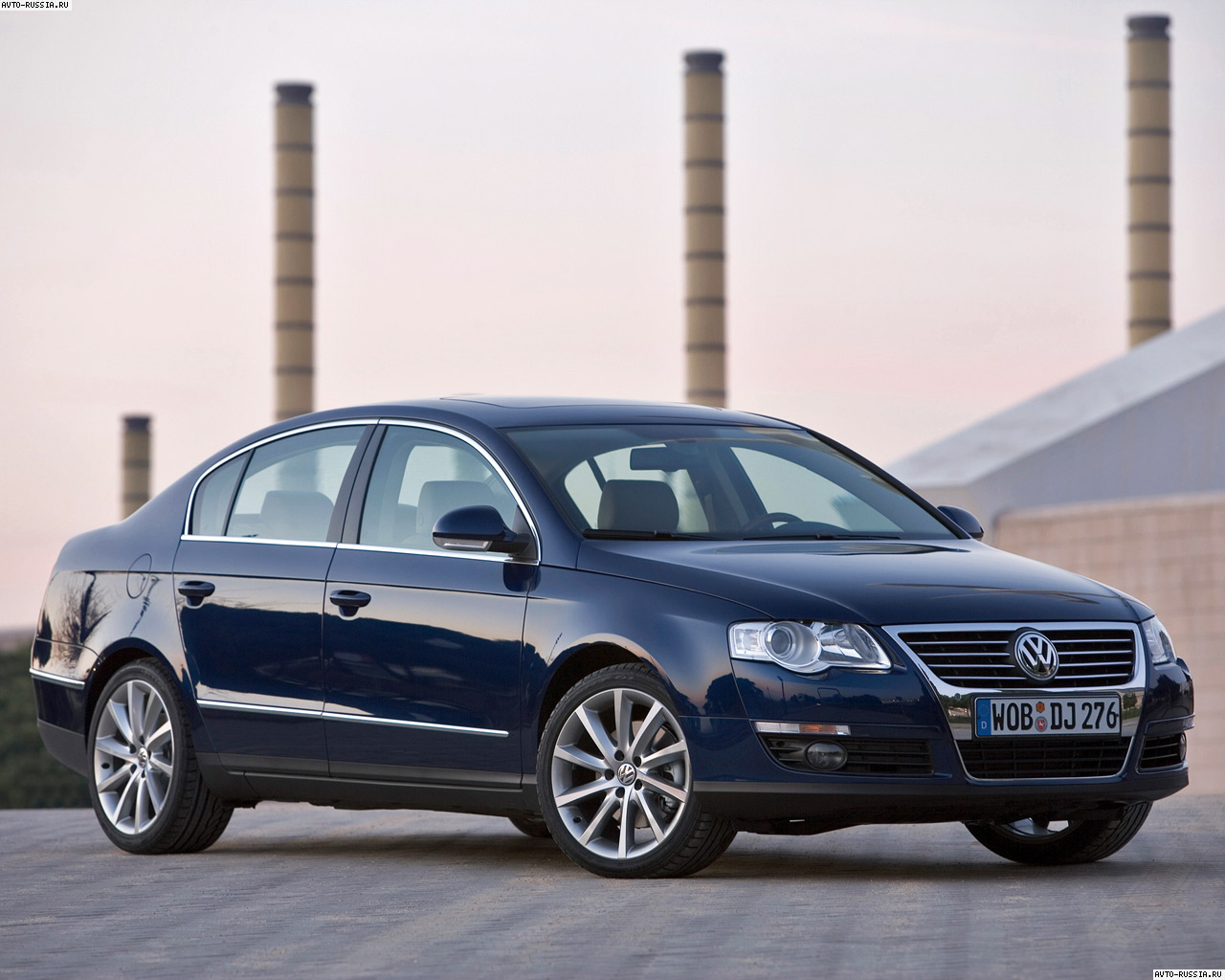 In a moment of weakness, I thought I wanted one of these. The Armani CC is still too expensive for a nice one with the big engine and 4Motion go. But the Men’s Wearhouse sedan – while not at the very bottom of the depreciation curve (because that curve has an infinite downward spiral) – is completely attainable. They don’t have some of the 2.0-liter TSI problems, but like all VR6 engines they tend to eat their timing chain components. And those components are sandwiched between the engine block and transmission, the removal of which is hampered by the 4Motion system. Ugh. I’m getting tired just typing this.

Add to the mechanical maladies the fundamental issues every Volkswagen has which is, well, everything else. Remember my comment way above about Audis?

After much deliberation, the decision has been made. Funds have been transferred. Pickup is imminent. But what will it be? Where will it come from? How will it handle the harsh Minnesota winters? Does it have seat heaters? Do Blizzaks come in a 225/45-17 (that’s a ‘yes’ by the way)?

Some of these questions may or may not be answered, depending on what I remember. But the big reveal is coming very soon. Stay tuned.

5 thoughts on “The Next Car: And This Time I Mean It” Leave a comment ›

Totally That Stupid – Car Geekdom, and a little bit of life. The Next Car: And This Time I Mean It
Loading Comments...
%d bloggers like this: