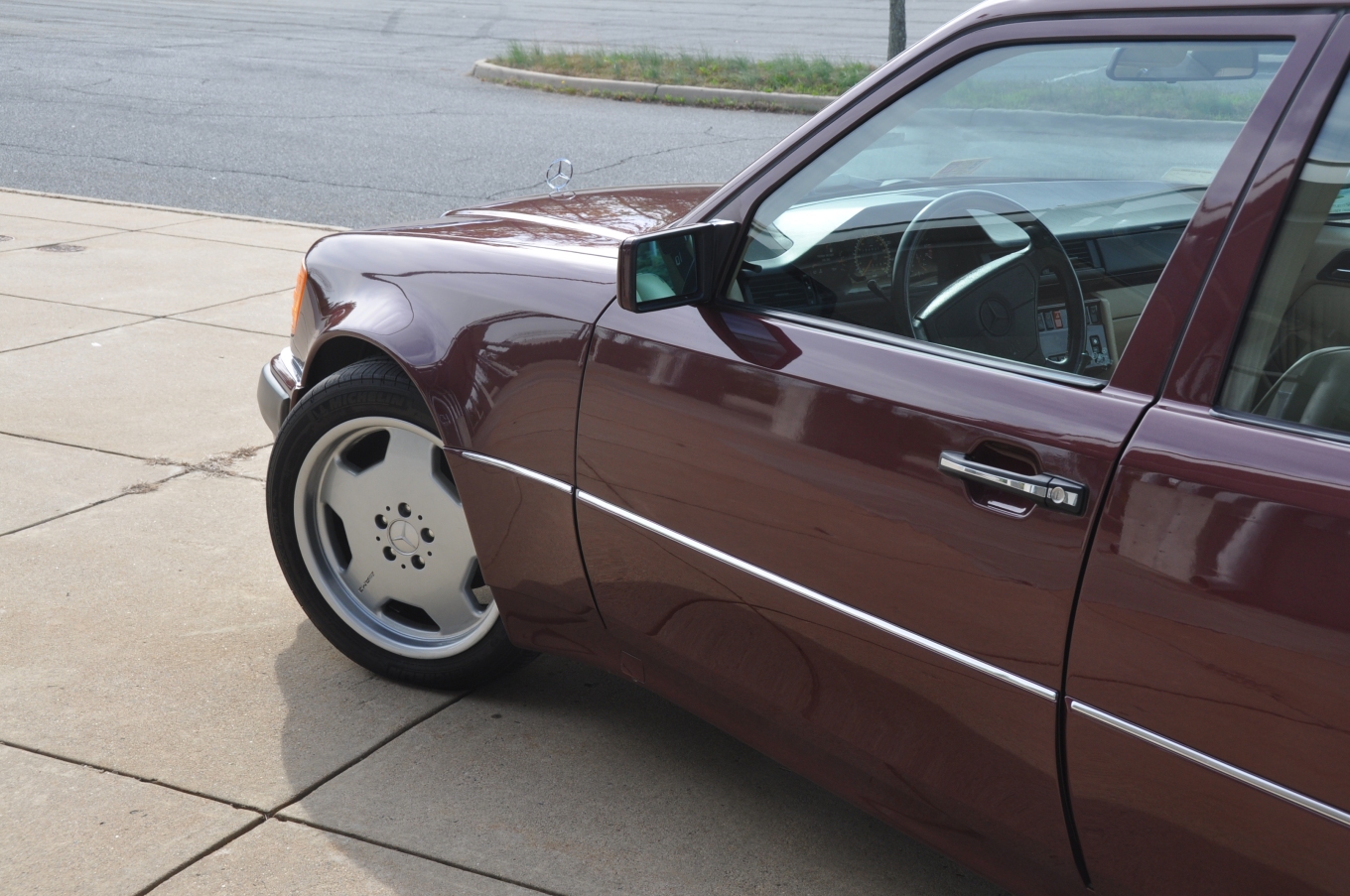 A different kind of Porsche, indeed – and it’s sitting on the right-hand side of my garage as I write this. This is arguably the first production four-door Porsche – built long before the Panamera was a glint in its designer’s eye – except that it’s a Mercedes-Benz jointly developed by Porsche and Mercedes and assembled by both companies, with a lot of cross-town transportation going on. Of course, if you are a regular TTS reader or a three-pointed star enthusiast, you’ve likely read all about these cars and their unique place in the history of both manufacturers over the years. I’ve been a fan of them since they first came out, and even owned a remarkably good one with over 260,000 miles some several years ago. Ever since then, however, I’ve wanted to get another, better example of the model if and when the starts would align and I could both rationalize the cost AND find the right car. Now the rationale is simple: E500E’s are headed up in value. 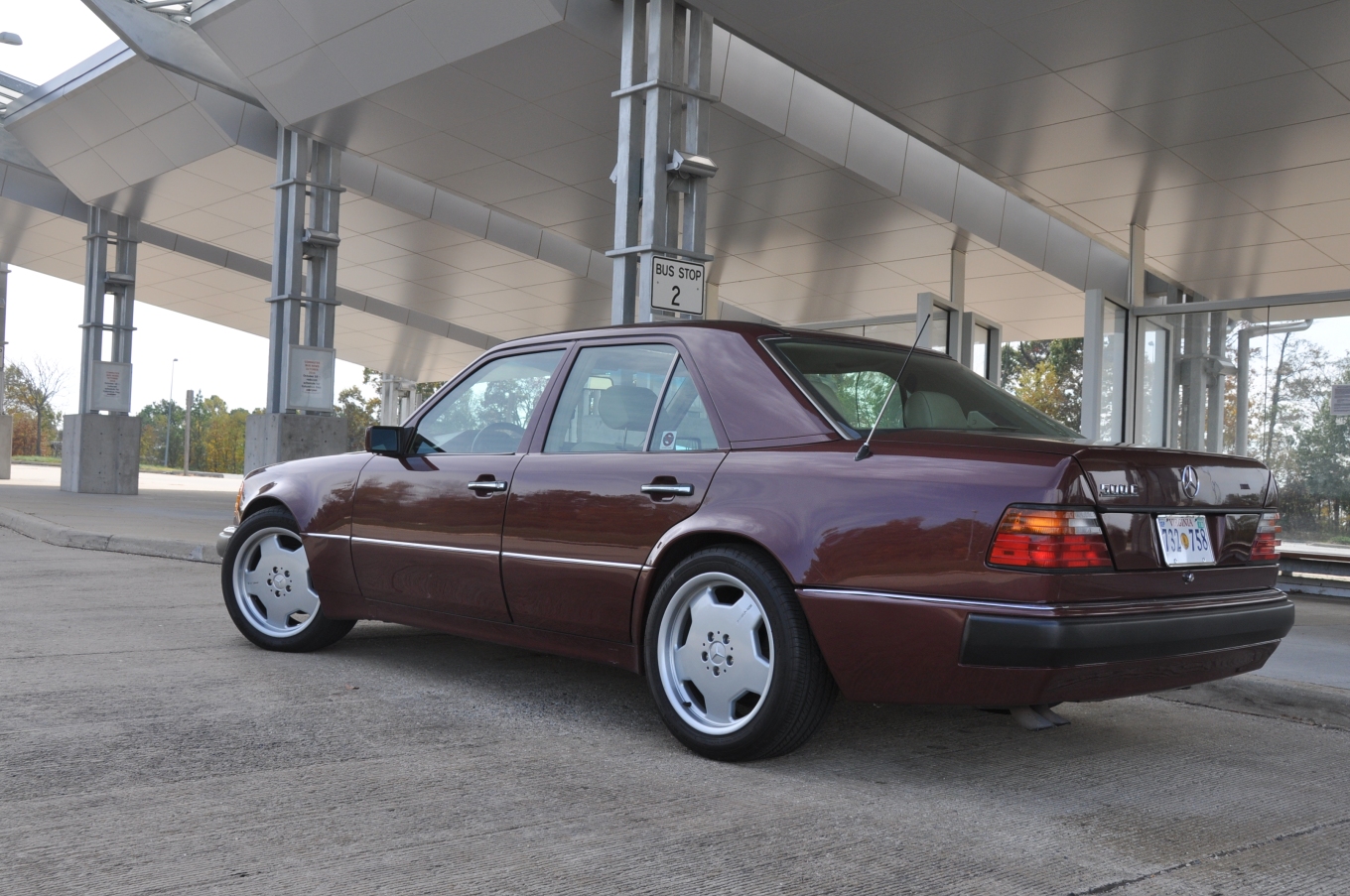 In fact, it was nearly five years ago we published this piece about E500E (E500+500E – model year depending) values being on the rise and, although the progress has been a little slower than I may have thought, they are definitely trending that way. The best cars are currently topping $75,000 while $50K is not out of the question for a 25-40,000 mile garage queen. All of those were too rich for my blood, so I set my sights a little lower on a nice driver-quality car with full documentation of appropriate care. Based on my homework, mostly on the 500E Board, I found that clean, documented, maintained cars were trading for about $20,000, so I set that as my budget and set about my search. 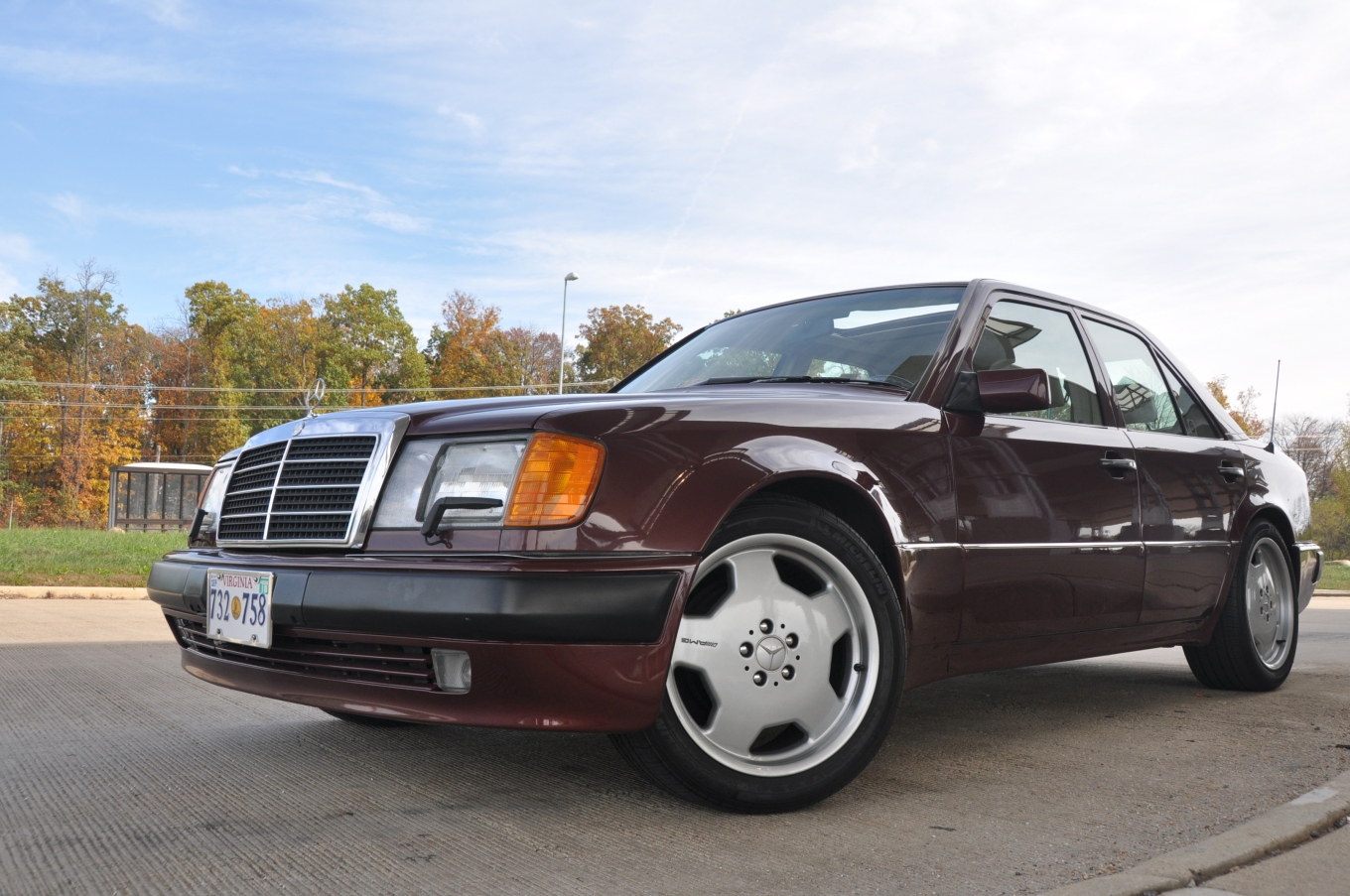 Like so many cars these days that can be even remotely classified as “collectible” I found a lot of not great cars out there at ambitious asking prices. I get it – there’s a collector car bubble, and I think we have Messrs. Barrett and Jackson to thank for that. Truth be told, I had just about decided to buy an aircooled Porsche 911 Carrera Targa in a gloriously 80s color combination like this: 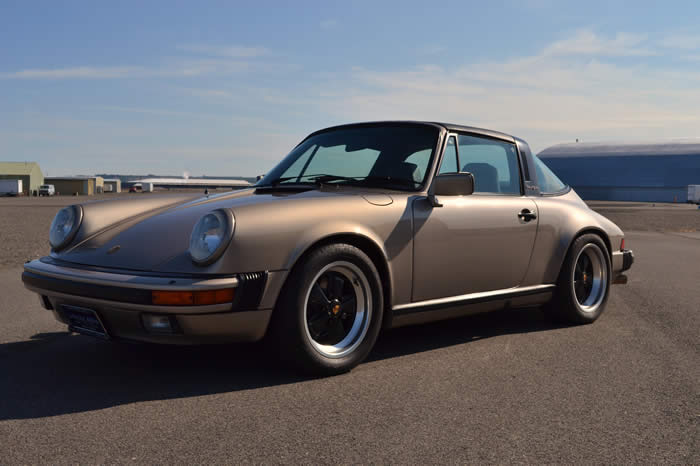 ..except that prices went from stupid to ludicrous when I wasn’t paying attention – and I am one who subscribes to the theory of market correction. Ask anyone who bought a Ferrari Daytona in 1988 and tried to sell it in 1991 what I am talking about. In any case, all sorts of old car owners are trying to extract every last dollar for cars that have been used and abused, and it’s up to us as the enthusiasts to wade through them and separate the wheat from the chaff. And that takes patience.  Lots of it. 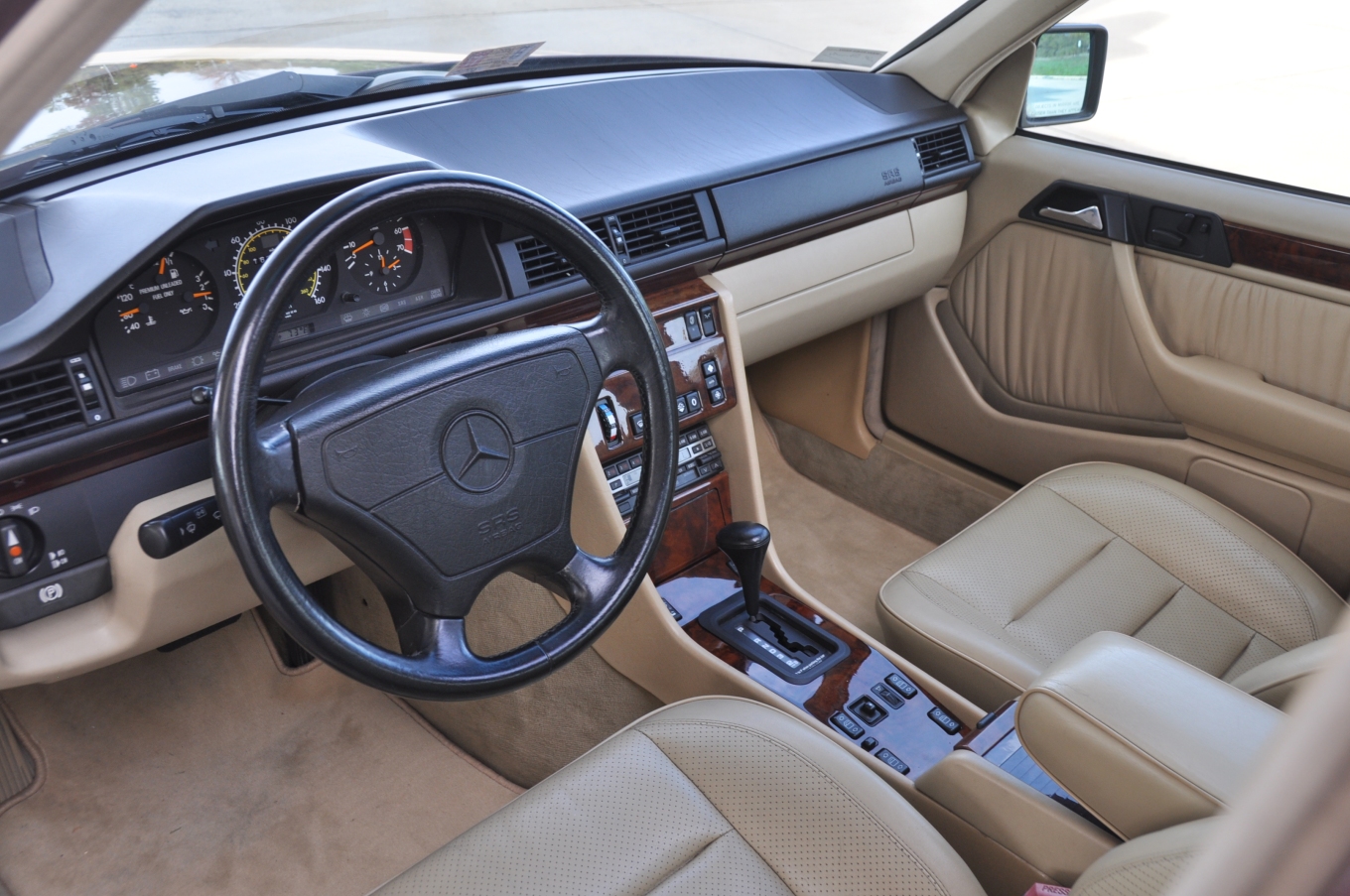 I came very close on an eBay car  to the point that I’d talked extensively to the seller and figured out transportation from the Bay area and bank details, when someone “bought it now” right from under me. Even that car, however, at $23K, needed headliner work. Old cars, right? I mean at my price point I didn’t expect perfection, but I also really wanted to be able to see out the back window. So the search continued until I found the car you see here advertised on the 500E Board’s classifieds. There were a handful of middling photos but a comprehensive description revealing that the seller had history on the car back to day 1. And it had an asking price below my ceiling. And it was a strange (for these cars) color. 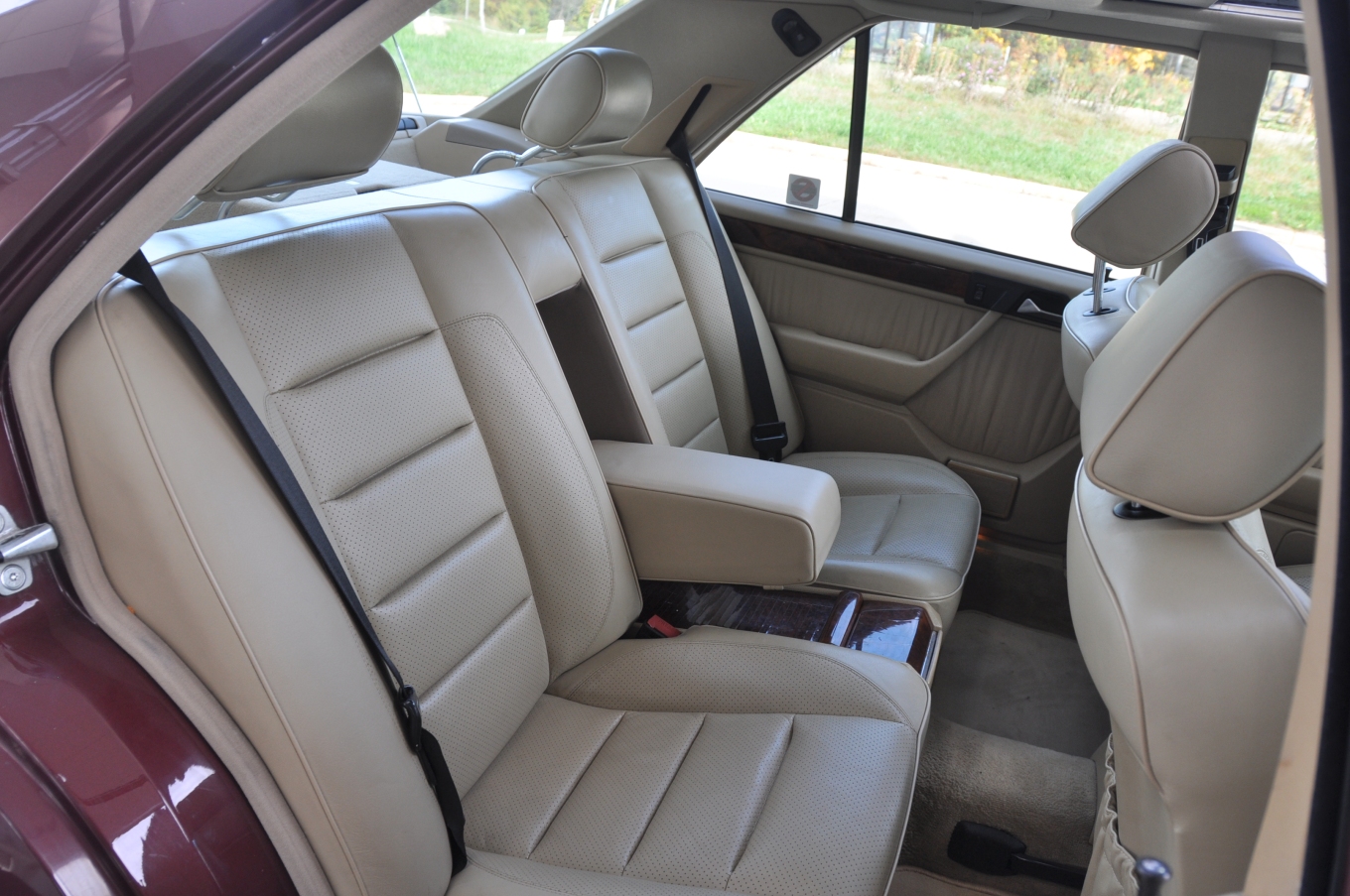 The vast majority of E500E’s of the approximately 1,500 imported to North America from 1992 through 1994 came in Pearl Black on either grey or black leather. Then there were a handful of smoke silvers, and bright silvers. From there the color palette narrows significantly. The owner of this Pajettrot (or Cabernet, for us ‘Muricans), made quite the point out of the fact that this is one of seven imported in this color. A geek for the rare and obscure, he pretty much had me there. In its native California, the car even wore its rarity as a badge of honor in the form of a vanity plate.. 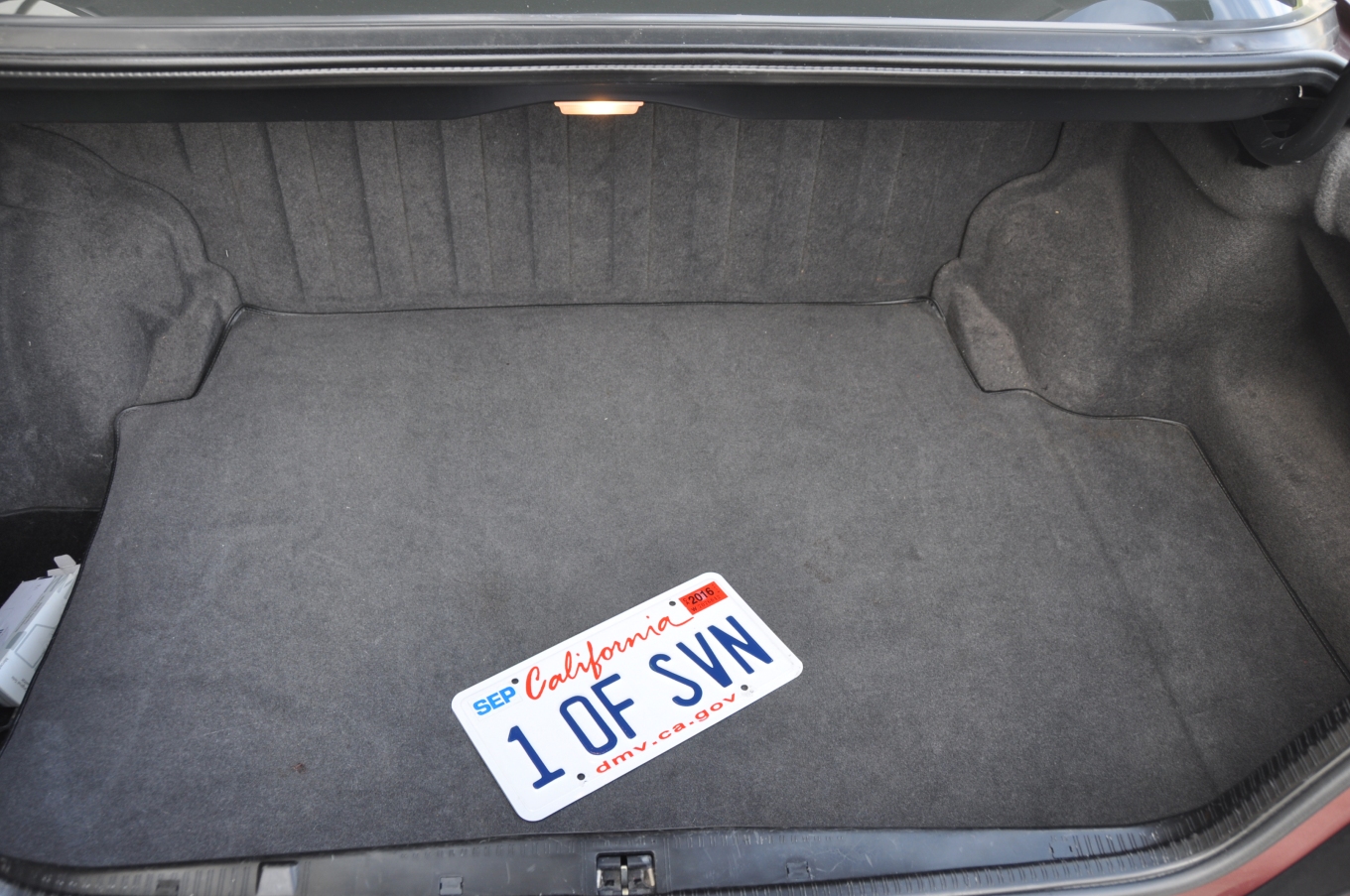 As I’ve already mentioned, the car also came with documentation for everything ever done to it from day one – if not a receipt than a note in the service booklet. The vast majority was done at a Mercedes dealer in San Diego, and the total for all the work done to the car prior to my purchase was a whopping $52, 917.18. Now admittedly, that is less than the $86,000 original list price, but it’s also a lot more than one would have spent on, say, a 1992 Camry. But that person didn’t get the fastest production sedan in 1992 with Porsche and Mercedes-Benz heritage, a 322hp 5.0 liter V8 engine, special flared front and rear wheel wells, four-place sport seating, and meticulous care from day one. And that’s why we’re enthusiasts and not 1992 Camry drivers. 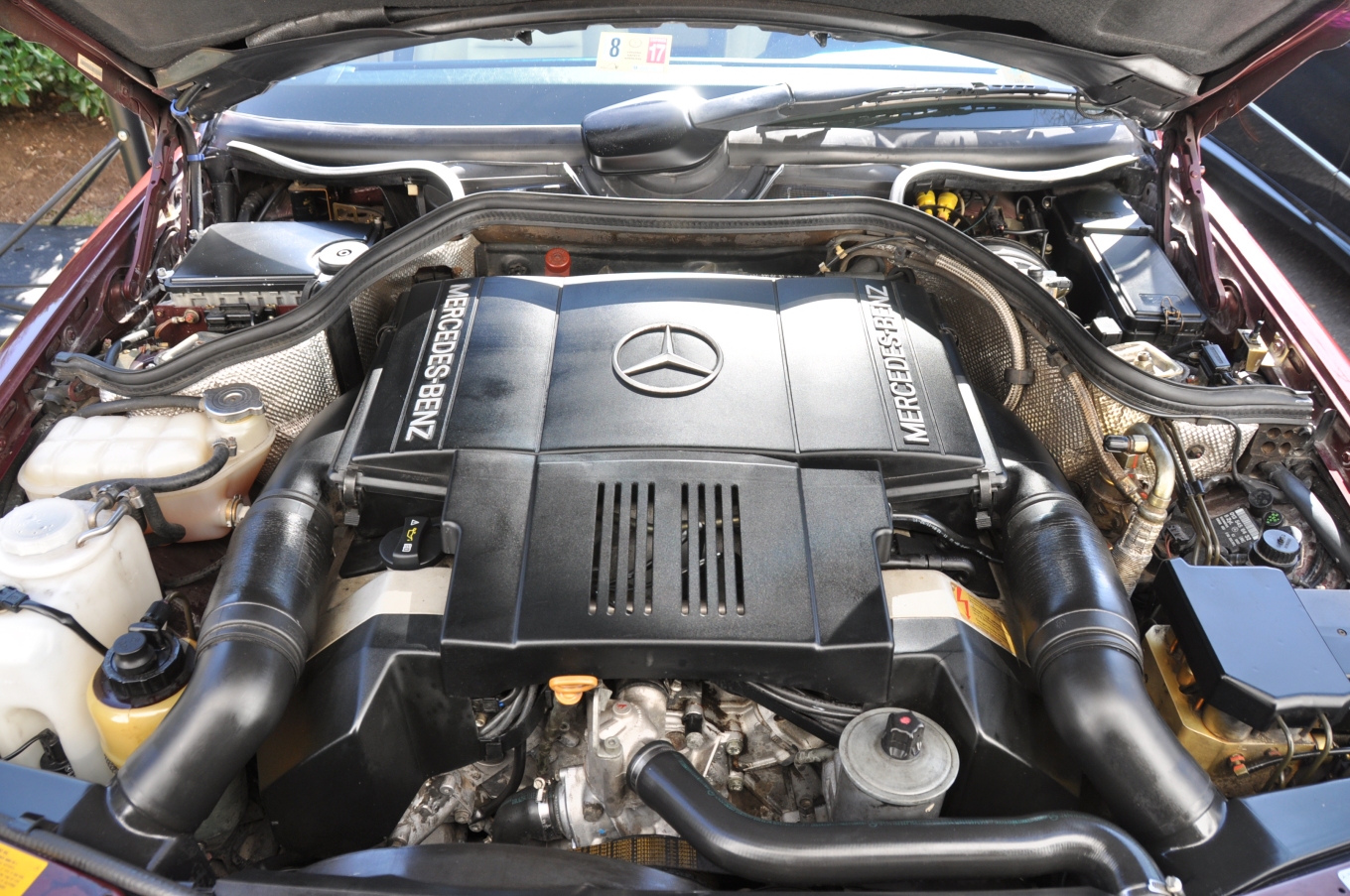 So here’s the rest of the skinny on this 1992 500E, and reasons why it isn’t one of those $50-$75K examples: First and foremost it has 165,000 miles. That means this car was driven and it will continue to be. That said, as a fourth car I won’t be piling miles on like I do my daily driver. In fact, I’ve only put on about 500 miles in the nearly six months I’ve had it. Second, it had a full body repaint. Not because of previous damage or rust, but because the original paint was checked from the California sun. Interestingly, the repaint was in top quality Glasurit paint that was applied in exchange for dental work (the last owner was a dentist) and done very, very well. There are some hairline cracks on the wood between the rear seats, and, well, actually, that’s about it. The beauty of these cars is that you can drive them hard all day long and they keep wanting more, or you can just cruise around town and make a mockery of every kid in a GTI or WRX who thinks you’re just another stodgy old Benz driver. Heh.

2 thoughts on “Fleet Update: A Different Kind of Porsche” Leave a comment ›