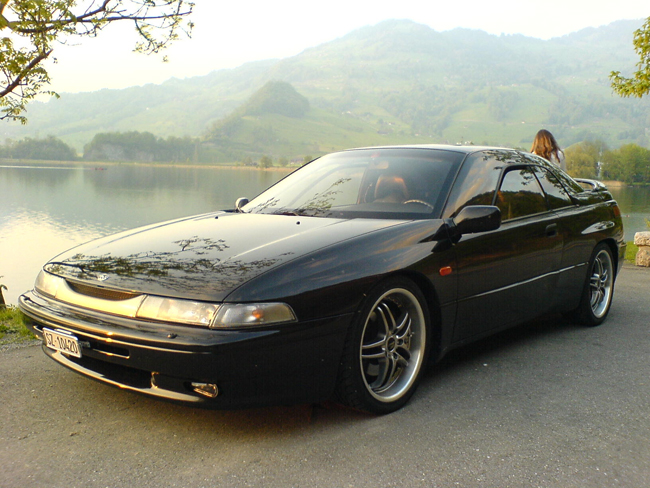 I’ve been considering returning to a two-door as my daily hack. Almost five years ago, my grumpy lower back immediately complained about installing our newborn son and his car seat into the rear compartment of my 1991 BMW 318is. A four-door was in order, and we soon found our rusty-but-trusty 1995 Mercedes-Benz E320. Now, said munchkin is able and (usually) willing to climb into his car seat by himself. The Benz is just fine for now, but it can’t hurt to consider a replacement that might need some work before being pressed into daily service.

I’ve been contemplating four-place two-doors I would want to drive for my usual three-to-five-year tenure. I like the Benz W124 and W126 coupes, which can both be found for reasonable money in better-than-just-driver condition. A BMW E24 635CSi could be alright, but I kind of feel like I’ve been there and done that with the couple of 5ers I’ve had. Look for an upcoming column on a Porsche’s 996-chassis 911.

Many years ago, when the Subaru SVX launched, I made a mental note of the fact it could only be had with an automatic transmission and promptly moved on. At the time, its competition was the normally-aspirated Nissan 300ZX, Toyota Supra, and Mitsubishi 3000GT. To some degree, it could go up against the smaller-engined Camaro and Mustang as well. Still, all of those cars could be had with a proper, three-pedal manual gearbox. Not so the Subie, which was a shame because then as now the car looks to be straight from the Future™.

Time and the enthusiast community have solved the biggest complaint lobbed at the funky SVX. So many folks have swapped to a manual transmission that not only do they regularly show up for sale, but there are companies selling turnkey swap kits as well – you provide the SVX, some fluids, and around $3,000.00.

The styling is love-it or hate-it. The pointy nose, the multi-level rear deck design elements, and of course the fighter jet window treatment. I happen to love it. I generally avoid even a factory-installed spoiler, but this treatment actually works in the overall look of the SVX. Aftermarket wheels can really transform the aesthetic of these cars, but even the stock rims look great as long as some moron hasn’t painted them black.

Seriously, that’s a trend that needs to go away right the hell now. 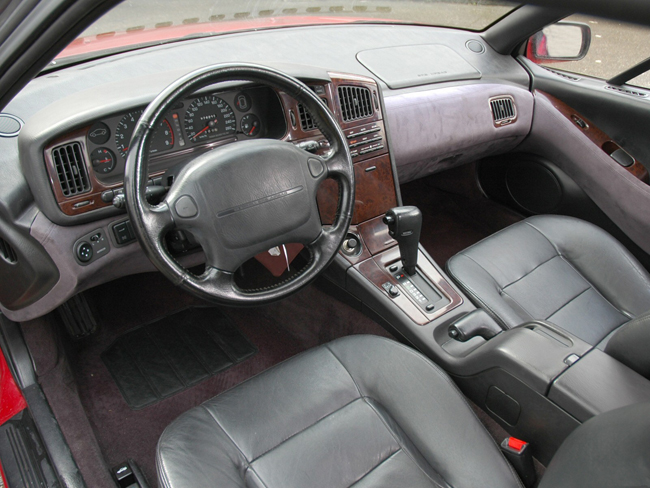 The interior is similarly wackadoodle, with odd angles, faux dead tree material, and a flip-open door covering the stereo equipment. Oh, and the parking brake handle design matches the automatic shift knob, because of course it does. Leather and cloth seating surfaces were available, as were tushy warmers. At least, I think the seat heaters were available USDM as information is sketchy.

The EG33 powerplant is similarly goofy for a car that doesn’t have a Porsche badge. The DOHC pancake-six, displacing 3.3-liters, pushed out 230 horsepower. It’s not much to look at under the hood, but a 0-60 run of around 7.3 seconds wasn’t terrible in 1992. These are non-interference engines, so if the timing belt breaks pretty much the worst thing to happen is the engine stops running. All power was routed through the aforementioned autotragic. There was a short-lived front-wheel drive version, but who cares?

Problems other than rust and neglect are minimal, but remember that the newest example is closer to 20 years old than not. Clearcoat and eventually paint fall off the bodywork in places like California and Texas, but not all of the examples I’ve found were so afflicted. Brake rotors warp under the car’s 3,600 lbs. Rear wheel bearings are short-lived if the car is abused and/or if the replacement bearings are not installed correctly. The automatic transmissions are somewhat weak – heat and abuse don’t do them any favors – but not exactly hand grenades either. Seems like only the 1992-93 models had the motorized seatbelts we so despised during this time period (still do, in fact). Starting in 1994, models equipped with dual front airbags had regular ol’ three-point belts. 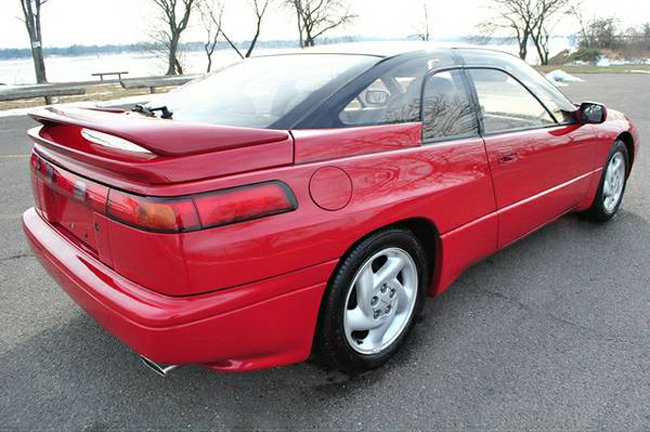 For a car that only sold a little over 14,000 units over six model years, finding a decent SVX isn’t that hard. Few are perfect – but some are – and a good number are certainly beaters bordering on parts cars. Strangely – or not – several sellers have one or more parts cars to go with their nice example. Or, one seller has available several running cars in varying states of repair. $10,000 is all the money for the best ones out there, with either the automatic or a manual conversion. For completely reasonable cars, it looks like you’re spending less than $6k.

I’m kind of sold, and more than a little infatuated. The more I look, the more I like. Will it pass? I’m not sure, but I’ve got almost two weeks off starting tomorrow and there’s a guy about an hour away with several SVXs for sale.

The nicest one is $3k, and it needs rear wheel bearings. 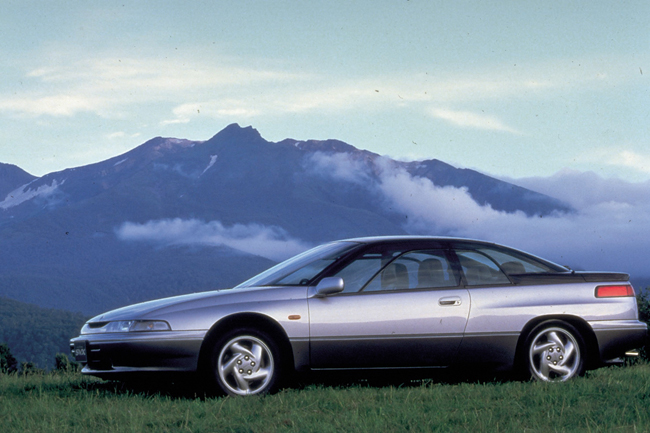