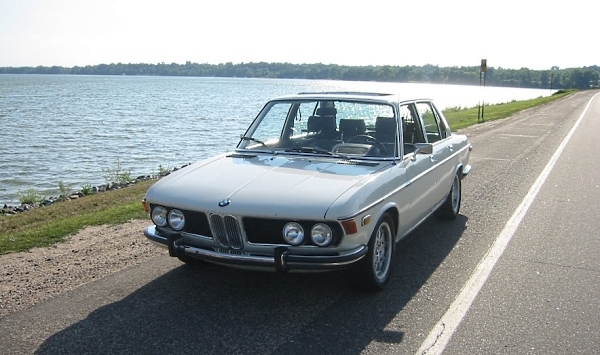 (Yes, it’s been a long summer bereft of posts. Forgive me. Summer is short here in the North Woods, and I was out enjoying it!)

As some of you may know by now, the current fleet of old cars, specifically the 1972 Bavaria and the 1981 528i, is on the block. I could name a hundred different reasons for this upset, ranging from storage space to maintenance needs to the relative intelligence of having two cars you can drive six months out of the year, but don’t. At the end of the day, or the auction, I can boil it down to this:

After fifteen years of M30-powered BMW sedans, I’m just kind of over it. I’m done. Great cars, absolutely love them to bits, will probably kick myself down the road. Still, that’s it.

Actually, to some degree, storage space is a real issue. When I lived in California, I literally used the entire Bay Area as my parking lot. A Bavaria or two in San Rafael, an E30 and a 2002tii in Alameda, and a 1963 Impala and the 528i in Oakland.

Living in a townhouse, albeit one with a very large two-car garage, in Minnesota has its drawbacks. The two old cars sleep in the garage during the summer and the two real cars live outside collecting acidic bird droppings and tree sap. In the winter, one old car gets shuffled to offsite storage – either in Wisconsin in trade for one good bottle of Single Malt or just across town for $50/month – and the two real cars gets circulated in and out of the one open garage hole.

My goal is to sell the Bavaria and 528i and get one older car to play with. Something modern enough to be a real car if necessary, but old enough to be interesting. A toy I can tinker with, but don’t always have to. Something with a convertible top and chairs for four. Having one older car will make the winter months easier, because when said car is away for the season, I’ll have two open garage spaces. 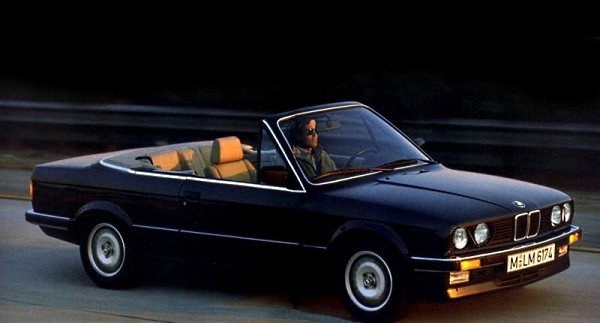 Despite proclaiming to anyone within earshot that my previous E30 – a 1991 318is – was my last E30, part of me wants another 325i convertible. The first one I bought was a complete disaster, a $500 rolling toilet with a broken timing belt and new life forms growing out of the carpet and in the trunk. But after a quickie head rebuild, a set of used comfort seats (flip-forward functions are for wussies, especially in a drop-top) and three gallons of Simple Green, it was a cheap cruiser. I think I put the top up twice in the time I owned it.

The next 325i convertible will not be so roach-tastic. I want a color that isn’t white or beige. Indeed, silver or gray with red leather would be lovely. I also want an earlier version with the aluminum diving board bumpers – say, 1987-1990 – because it would have to eventually get little chrome European-market bumpers. Conversely, I could just get a European-market car.

I’ve been scanning www.mobile.de, a classifieds website based in Germany (and owned by eBay) but catering to cars all around the continent. According to our esteemed government, anything 25 years and older can just come into the United States. We don’t have emissions or safety inspections in Minnesota, so, based on my understanding, you fill out the appropriate forms, pay the importation fees and duty, and drive off in your new whatever.

I’m probably over-simplifying, but the gerbil on the treadmill under my tin foil helmet likes to think it will all just work out. 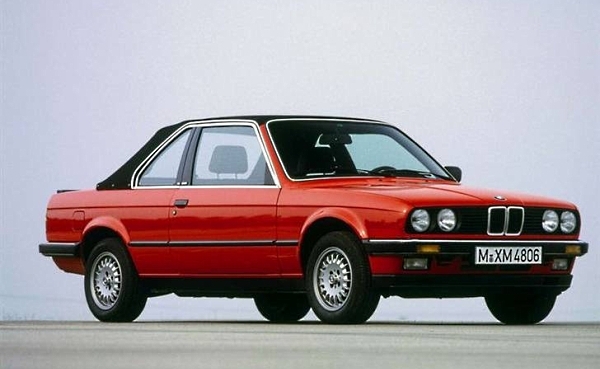 Oddly enough, the average price in Europe for a full convertible is roughly 30-40% higher than for a relatively rare Baur Cabriolet, one of those misfits of the E30 realm with a removable roof center and a folding rear section. So the question is, given that the relative utility of the two is the same, and given the expense and hassle of shipping either one to the States, which would you rather have? 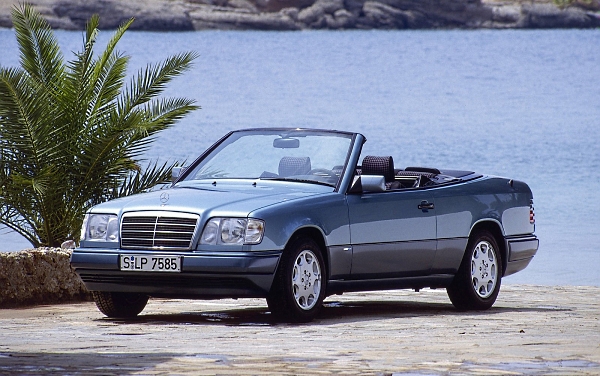 I’ve been toying with another idea, and that is to also flush the 1995 Mercedes-Benz E320 daily driver and replace it with an E320 Cabriolet.

Incredibly expensive when new – $80-large for an E-class?! – the value has mostly bottomed out our for decent daily drivers. Like all cars of a certain age, there are a few things to look for: rust, engine wiring harnesses, electronic throttle control motors, and rust. The power tops mostly just work. It’s one of the few four-seat convertible I’ve been in that exhibits absolutely no cowl shake, even over large bumps and even in cars with high miles.

The downside is no readily-available manual transmission and, well, they’re not as much fun as a toy car should be. There’s also the gamble of learning a new daily driver. Rust aside, my E320 has been a great car. It does everything I want a daily driver to do, including starting, turning and stopping at the appropriate times. I’m confident this will still be true come winter. The icing on the banana bread is it still looks pretty good when cleaned up. 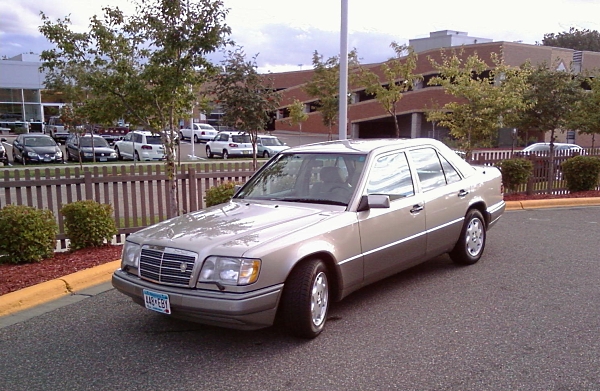 But if I had a car that took care of the convertible itch and at the same time satisfied commuting duty, I could get a toy car that’s really stupid.

The List of Really Stupid Cars is long. I’ll have to sell some of the current fleet first.