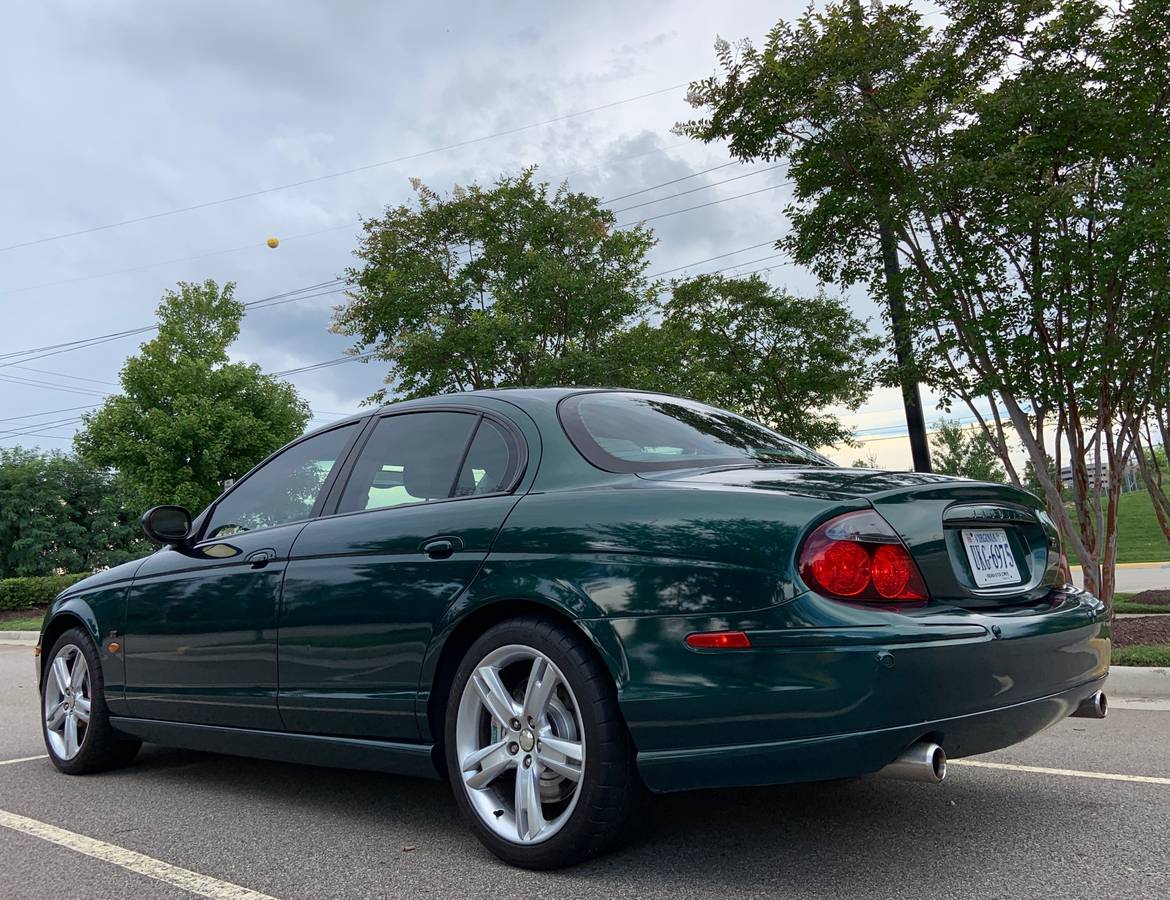 A couple of weeks ago I wrote about a 2004 Jaguar S-Type R for sale in Virginia (still available, by the way). At the same time, I told a tale of renting a more pedestrian-spec version in San Diego and really enjoying the experience. I also posited that a sorted S-Type, assuming such a thing exists, and given the limited miles a second car would cover in our current household situation, could maybe be a solid part-time driver.

Seemingly completely unrelated, my wife and I have casually been shopping new homes. Our current house is mostly great for our needs – space, location, quiet, backs up to the woods and wetlands – but has only a two-car garage. Shuffling the two old(er) BMWs between our car hole and offsite storage  while the Reliable Japanese Brand stays put isn’t really an issue, but with winter approaching fast I might like to have all of our three vehicular children closer to hand.

For whatever reason, we were talking about the house we owned in Oakland, California. An adorable but small craftsman with simple but elegant detail built in 1951, it was also one of the few homes in the neighborhood to include a detached two-car garage. It wasn’t big, but it held the cars it needed to.

Because these days we have a collective memory like a steel colander, neither of us could immediately recall the house number. It’s similar to our current house number, we thought, but for several moments it eluded us completely. Once we remembered, for kicks I punched the address into the Google.

Apparently, the last time the Google snapped a Street View of 4242 Mountain Blvd., in February 2020, it also grabbed this:

The first thing I noticed was the S-Type getting hooked up by the nice people at AAA.

I think there are two signs working here. Prophecies, if you will. The first is I don’t think we’ll ever again be buying property in California. Our 1,141-square-foot house that faced Highway 13 in Oakland was expensive to buy and sell. Fifteen years ago, both of those numbers hovered right around $500k. Today, it’s valued at over $825k. The house today is leagues nicer than when we owned it, but that’s still preposterous, even by San Francisco Bay area standards.

Second sign? You can guess where this is going. I’m not asserting the S-Type in the picture is or is not well-maintained. Who knows? Maybe the car just ran out of gas. Maybe the driver had a medical emergency, or was abducted or reclaimed by aliens. It’s fascinating to me that, after not thinking about our old house for some long amount of time, the first image the internet provides should include a vehicle about which we just suggested might be a solid daily.

Hunter S. Thompson once wrote that “all energy flows according to the whims of the great Magnet.” I think I will not be “fool … to defy him.”

One thought on “The Jaguar S-Type: A Prophecy” Leave a comment ›

Totally That Stupid – Car Geekdom, and a little bit of life. The Jaguar S-Type: A Prophecy
Loading Comments...
Comment
×