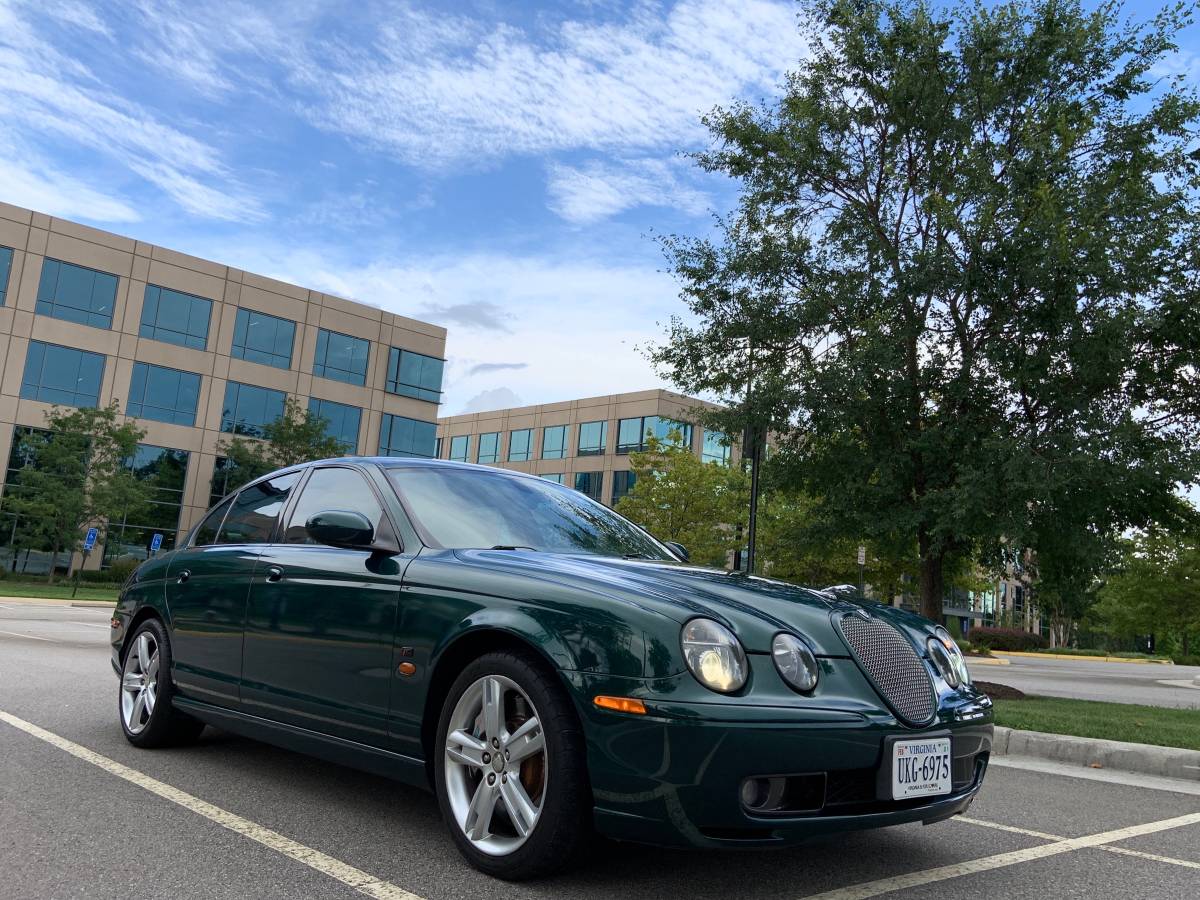 In 2005 or thereabouts, my wife and I flew down to San Diego from the San Francisco Bay area on a Friday evening for a weekend wedding we didn’t attend (long story). We landed to postcard-perfect weather and shuttled over to Hertz, where a Ford Escort Or Similar was waiting for our arrival. Surprisingly, for a weekend’s eve, there were many, many other vehicles to choose from.

We approached the counter, and I gave my name and confirmation number. When the nice lady confirmed my Ford Escort Or Similar, I gave my standard, “Do you have anything more interesting?”

Now, most people would negotiate up to the Mustang Convertible, especially when visiting perfect-weather’s test-kitchen. However, I think I owned a convertible around this time – probably my terrible but wonderful 1987 BMW 325iC – so top-down driving wasn’t the novelty for me it likely was for the humans. Plus, if you remember, the rental-spec Mustang interior of the day consisted of flaccid front seats surrounded by a sea of hard plastic. Also, driving it, you really looked like a tourist.

Then the Hertz lady said, “Well, I could put you in a Jaguar S-Type.”

“That sounds lovely. How much more per day is that?” I asked.

“Look,” I said. “You have a lot of cars out there. A real lot. And a real lot for a Friday night. How much extra will the Jag really cost me per day?”

I smiled. “That sounds perfect.”

Sometime the next day we were driving around, playing tourist, and not attending any wedding festivities. We stopped for a traffic light in Balboa Park and a gentleman in a perfectly horrible second-generation Nissan Maxima pulled up next to us.

“Man!” he exclaimed. “When I get some money, I am definitely getting one of those!” he added, gesturing wildly at the Jaguar.

“You know,” I thought, “for eighty bucks a day, you could just rent this one. Probably still come out ahead, really.” 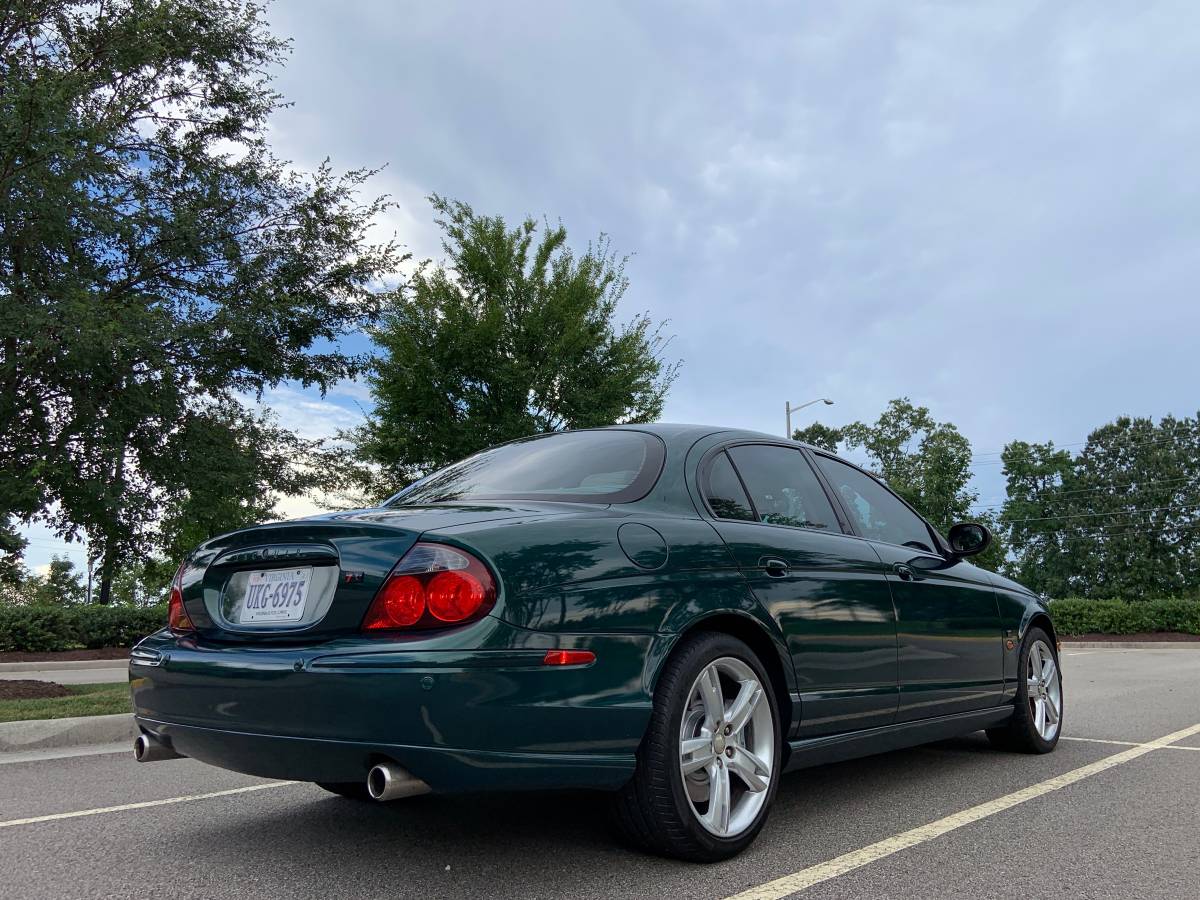 I actually don’t remember a lot about driving that S-Type. I remember liking the way the interior felt around me. The controls made sense and functioned for the two days we had it, which is not always the case with British cars. Smelled good, too, after sitting in the sun.

I liked how it looked posing in Balboa Park as well as backed into a quiet corner spot in our hotel’s parking garage. It was a car you looked over your shoulder at as you walked away. Despite what the lads on the old Top Gear said, I don’t think it’s hideous, and I don’t think it looks like something disgorged by the ocean. 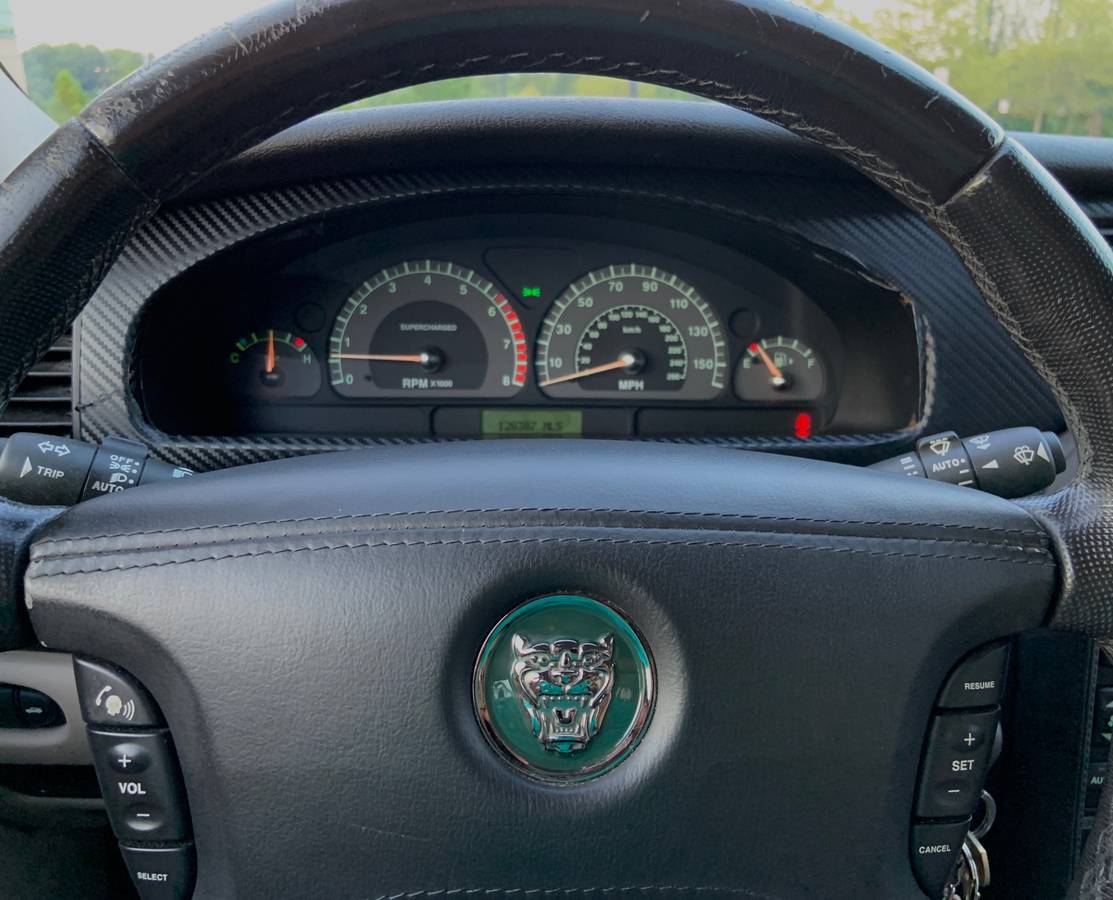 Was it quiet? Comfortable? Probably, because it was a Jaguar. Quick? With a 235-horsepower 3.0-liter V6, sure, or at least quick enough. Did it handle well? I really couldn’t tell you. But I remember liking it at the time, and after that trip to San Diego recently came up in conversation, I started thinking again about the S-Type.

When I first started looking around, I was surprised by the homogenous pricing of decent examples. Yes, bad ones are short money and should probably just be free, but you don’t want one of those. The better or at least decent cars all seem to be around $6,000 to $8,000, give or take. Moreover, the number of low-mileage cars leads me to believe the S-Type was frequently purchased by the elderly. “Well,” I thought. “If a basic V6 or V8 with good colors and low-ish miles and no immediate needs is this little, how much is the hotter S-Type R?”

Now, a lot of S-Type R examples I came across resided at Buy Here/Pay Here lots, and to call them run hard and put away wet would be charitable. But this one, a two-owner car with 129k miles, shows and reads well, even if the (private) seller isn’t entirely up on his Strunk & White. It’s current on its maintenance – I love “Borsch” spark plugs, “Paggit” brakes, and “Mobile 1” motor oil, and so do you – and some consumables like the water pump and the timing chain and tensioner have been replaced. The supercharger has been inspected and serviced, whatever that means.

Oh, did we mention the supercharger? Under the hood lies a 400-horsepower 4.2-liter V8 force-fed by an Eaton blower running 13.1 pounds of boost. Drive runs through a ZF 6-speed automatic to the rear wheels. At the corners are Brembo 4-piston brakes and 18-inch wheels (although this one is missing the stock “Zeus” wheels). Back in the day, Jaguar claimed they weren’t hunting the BMW M5 or the Mercedes-Benz E55 AMG, but the specs are no coincidence.

The cosmetics outside – in British Racing Green, as is righteous – and in appear to be pretty good, but I’m a little frightened of what’s hiding underneath the carbon fiber appliqué tacked across the dashboard.

There should be great swaths of wood across the face and around the center console.

The wood on the doors gives a clue: the standard S-Type R wood was gray-tinted birds-eye maple, but a brown-tinted version was also available. Still, the instrument cluster shows no warning lights. The sport seats look supremely comfy. The interior dome light isn’t working, a gentle chuck on the shoulder just to remind you this car is British (“suspect it’s a fuse” is the electrical equivalent of “AC just needs a recharge,” which this car has already had).

There’s some degree of bravery in buying a 16-year-old, six-digit mileage Jaguar with a supercharger from a guy or girl on Craigslist 1,100 miles away from my couch. But this seller is saying a lot of the right things, has performed a lot of the right services, and sounds like an enthusiast, despite their apparent love for carbon fiber shelf paper. Is that enough?

Wait!  While I may be in Minneapolis, Reed is fairly close to this car in Virginia. If it wasn’t for this pesky pandemic, I’d be tempted to make him go interview this thing.