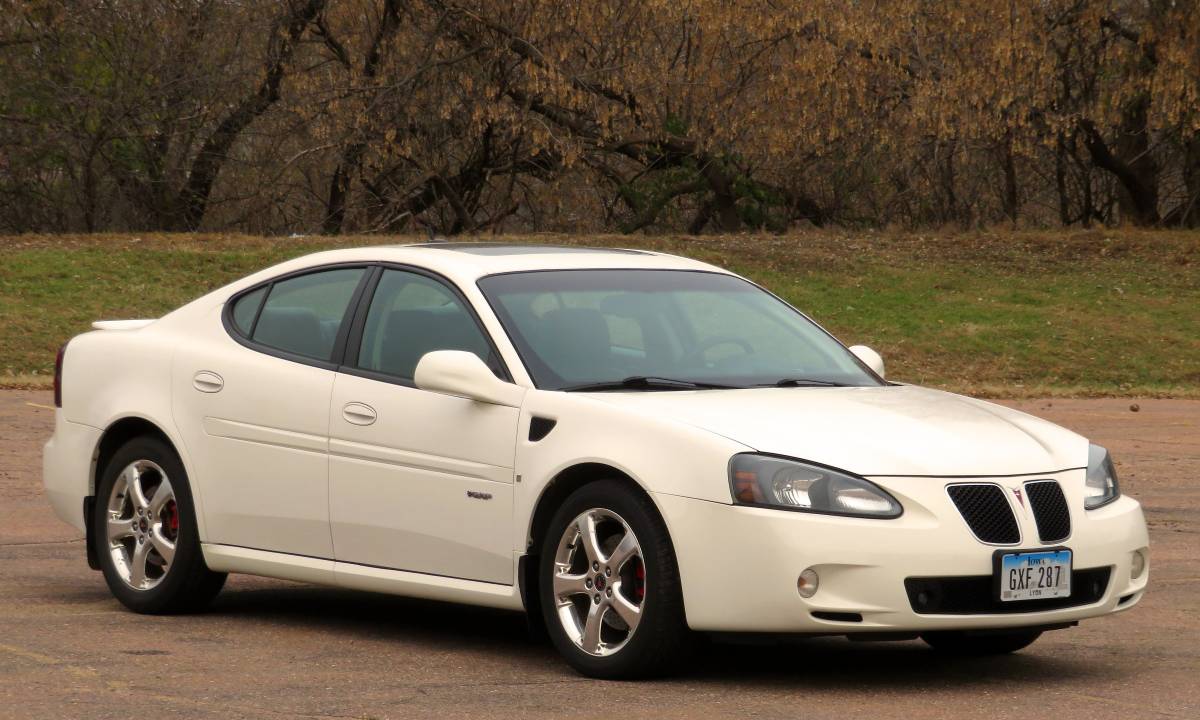 General Motors has a history of making the best version of a particular car right before that model – or in some cases an entire brand – goes away.

Let’s start with the General’s G-body, which began a downsized life as GM’s intermediate A-body platform in 1978. Storied A-body-then-G-body nameplates of the day – watered down though they were during the latter half of the malaise era – included the Chevrolet Monte Carlo and El Camino, the Oldsmobile Cutlass Supreme, and the Pontiac Grand Prix. ‘Twas a glorious era of car-pickups and personal luxury coupes, I tell you. A few years later, the A-body turned front-wheel drive; think, if you will, the Chevrolet Celebrity and Pontiac 6000.

What to do, then, since the rear-drivers were still selling well? GM shrugged, and rechristened the platform the G-body, and those cars soldiered on until 1987. 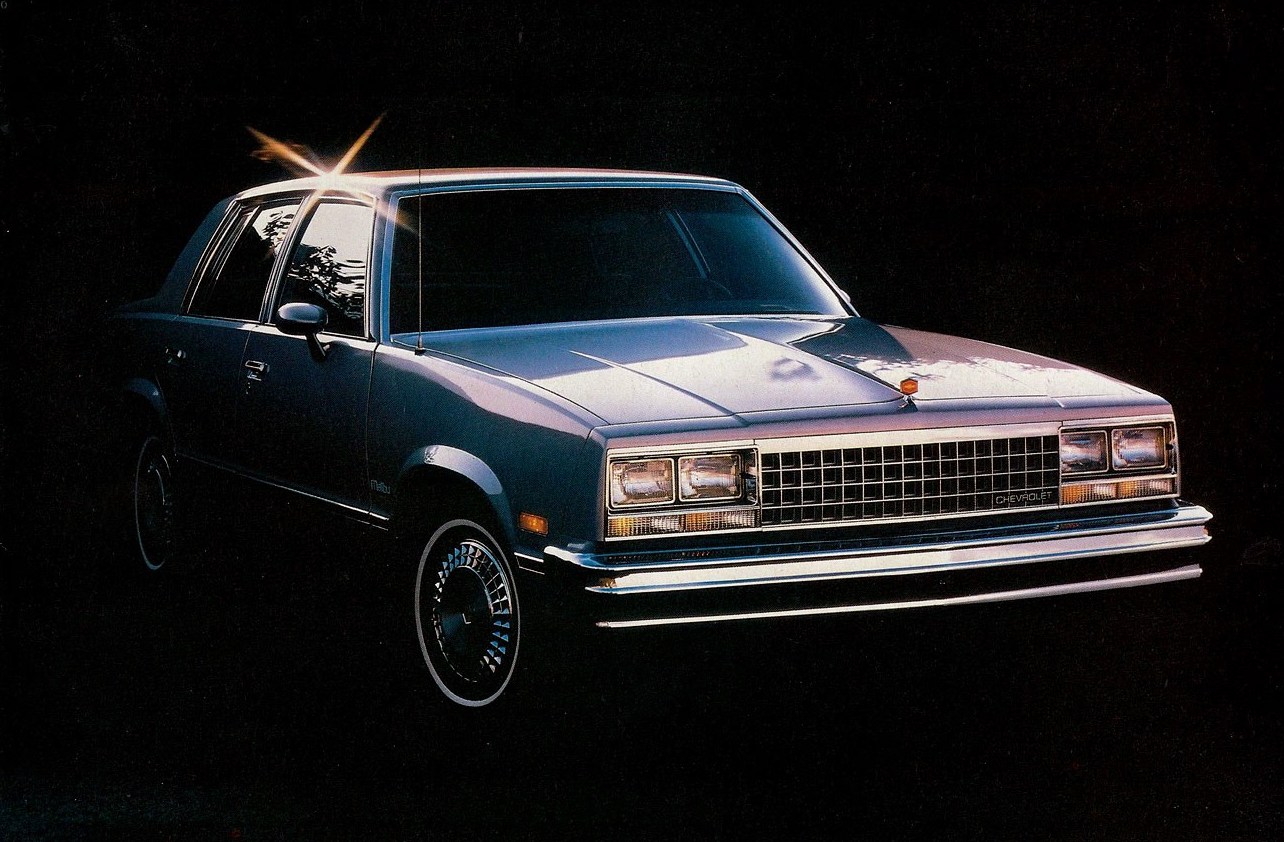 The A- and G-bodies had some cool versions during these times. The Monte Carlo SS. The Hurst/Olds Cutlass Supreme. Over the run, various G-body iterations even got manual transmissions and full gauge packages. The V8s engines weren’t much to talk about, but at least they existed. Most significantly, the last few years of G-body production gave us the Buick Regal Grand National and its evil twin, the Regal GNX.

In 1988, the classic rear-drive G-body was replaced by the front-wheel drive W-body GM10 cars. While there were some interesting variations – like the Oldsmobile Cutlass Supreme convertible and the ASC-McLaren Pontiac Grand Prix Turbo – the absence of the badder-than-bad, weapons-grade GNX successor was noticed.

Another not-awesome car that achieved redemption only to get poked by the needle of euthanasia? The Fiero. Cobbled together from economy car pieces and thus dynamically challenged, it was launched as a two-seat commuter in 1984. Doggy as they were, the P-car remained a bold and interesting departure for GM. They also had a tendency to light themselves on fire.

Still, the Fiero was gradually upgraded over the model run. 1988 saw the introduction of a new suspension, vented disc brakes at all four corners, and a host of other improvements. The Formula, as it was called, combined the standard car’s clean bodywork with a V6 and 5-speed, a fairly potent combination given the overall size and weight. This was the car the Fiero always should of been. You know the rest of the story: 1988 was the last year, with GM shutting the factory doors and blithely walking away.

Now add to this list the last of the Pontiac Grand Prix, a model that went away shortly before the entire brand vanished in 2010. But not before some genius hiding in the bowels of GM’s Global Technical Center decided cramming a 303-horsepower aluminum LS4 V8 under its hood sideways was a good idea. 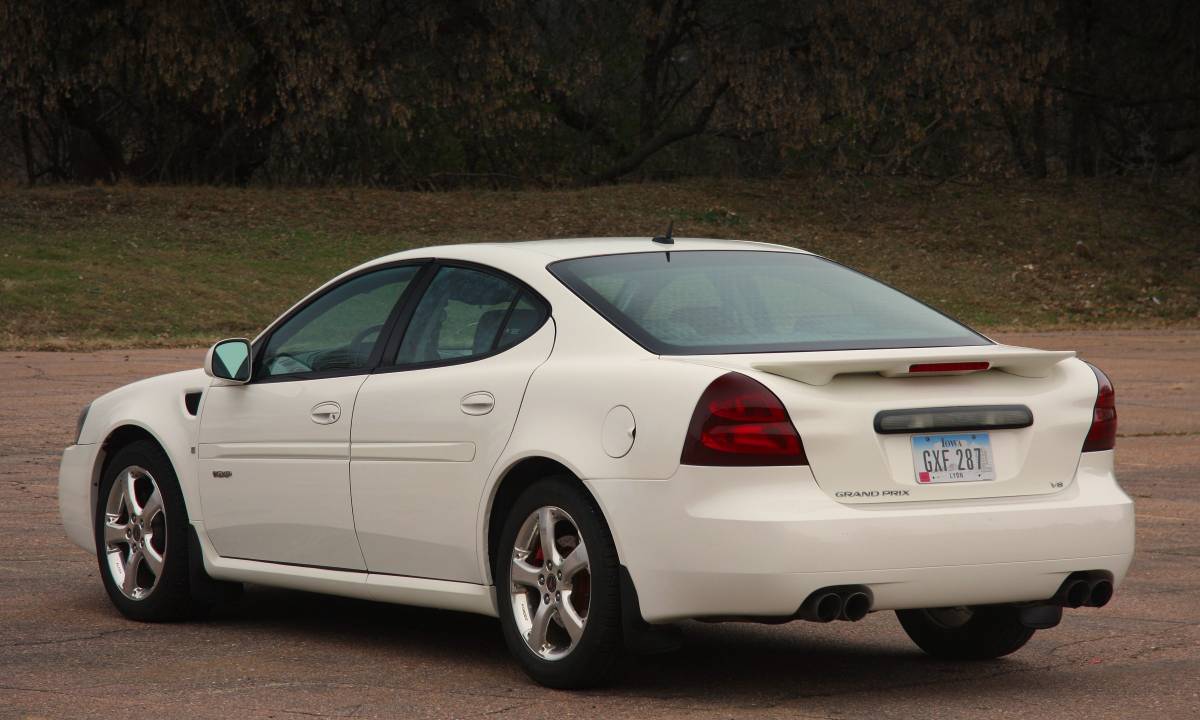 The final-generation Grand Prix was launched in 2004. It was… a car you’d maybe upgrade to at Enterprise with an Entertainment Book coupon. Other than that, it… the thing is… in its day… yeah, I got nothing.

But 2005 brought something, and that was the Grand Prix GXP. In addition to the V8, the GXP added vented and cross-drilled brakes, Bilstein shocks with a lower ride height, and steering wheel-mounted TAPshift buttons to control the four-speed automatic. A subtle body kit added more aggressive bumpers, four exhaust pipes, and functional front fender cooling vents. If the stance looks a little weird, that because the front wheels are an inch wider (8.0 inches) than the rears (7.0), allegedly to help balance out the handling. 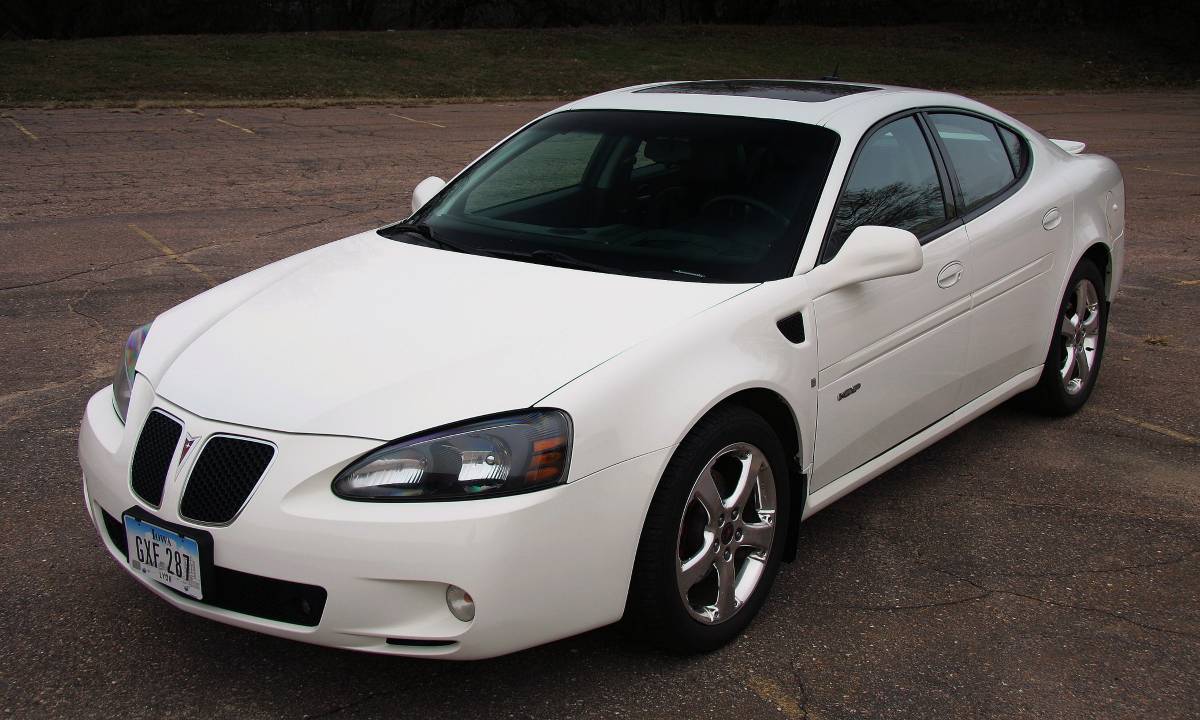 With options they stickered out around $32,000, smack dab in BMW 3-series/Acura TL/Infiniti G35 territory. But because of GM’s generous employee discount pricing, you could be out the door for less than $26k. That’s actually kind of a bargain.

And that brings us to today’s 2006 GXP out of Sioux Falls, South Dakota, for roughly 20% of that number. The seller lays down a fair number of words but other than the new windshield and his disinclination to drive it on his gravel road, we are mostly left to divine the details from the photos.

Outside the Ivory White paint nicely shows off the fender vents. The white also makes it easy to spot the lack of rust. The chrome wheels are not to our taste, but they are factory. The profile is arguably the worst angle, highlighting a nose that would make Dustin Hoffman blush.

The interior presents a bit nicer than every other black plastic pit GM slapped into every car for probably 20 years. Materials and textures mostly match each other. The condition looks solid, with no obvious rips or tears, and doesn’t really match the 165,000 miles on the odometer. Some of the design details are a little strange, but the dashboard’s center stack has a subtle angle toward the driver. We’re still deciding if the lack of digital gauges is good or sad. 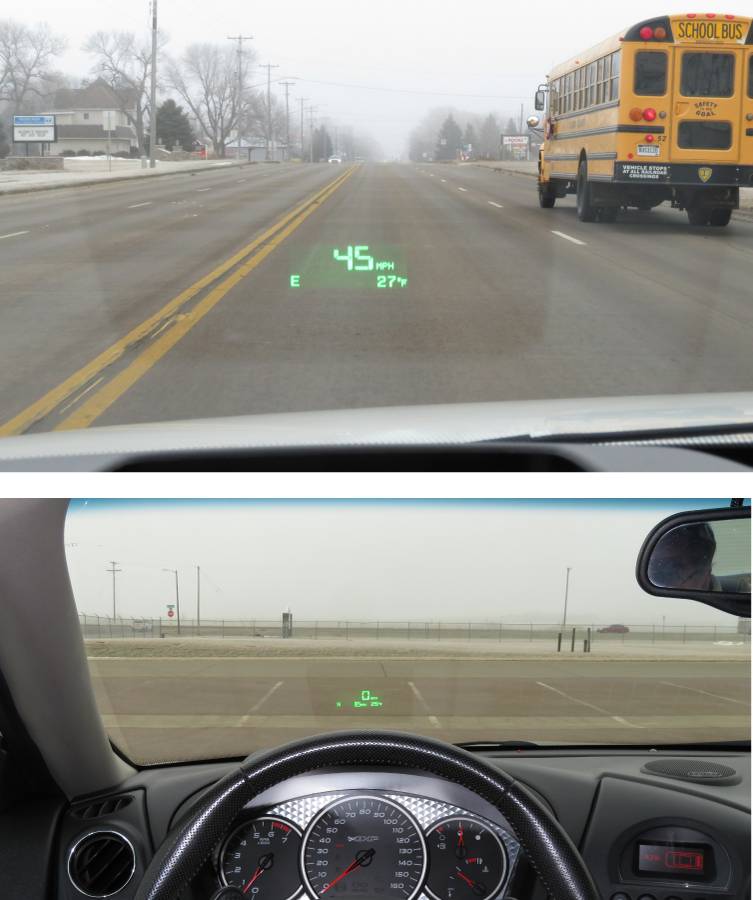 Speaking of features, there are a few worth talking about here. The first is a heads-up display, projecting MPH, heading, and outside temperature onto the windshield just below the driver’s line of sight. The next is the fold-forward passenger seat. This is one of those dumb things I’d mock except I lived with one for 15 years in our 2004 Toyota Matrix XRS. It’s actually really handy for transporting long objects, and combined with the Grand Prix’s fold-down rear seat makes this sedan much more useful.

Also, our Matrix had the same stereo as this car, with the in-dash six-CD changer. Might want to make sure that still works (ours didn’t). 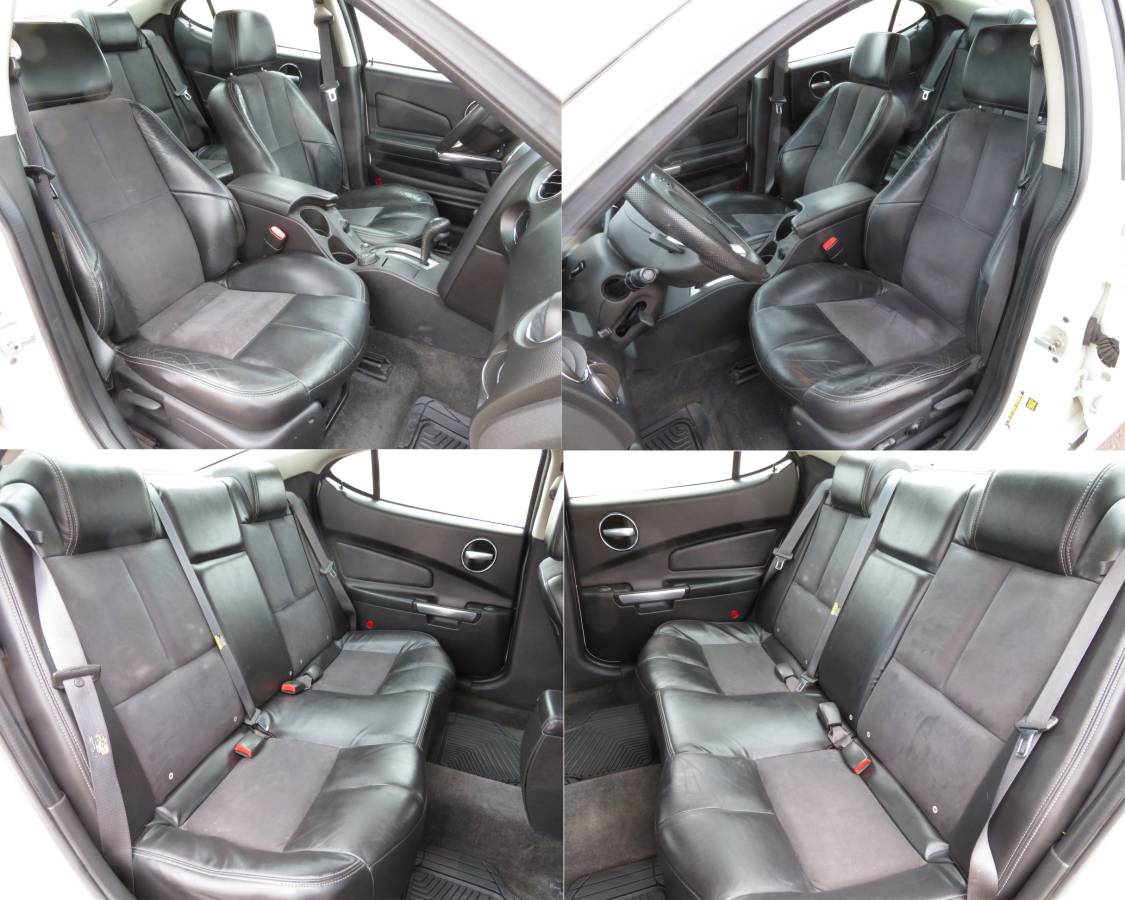 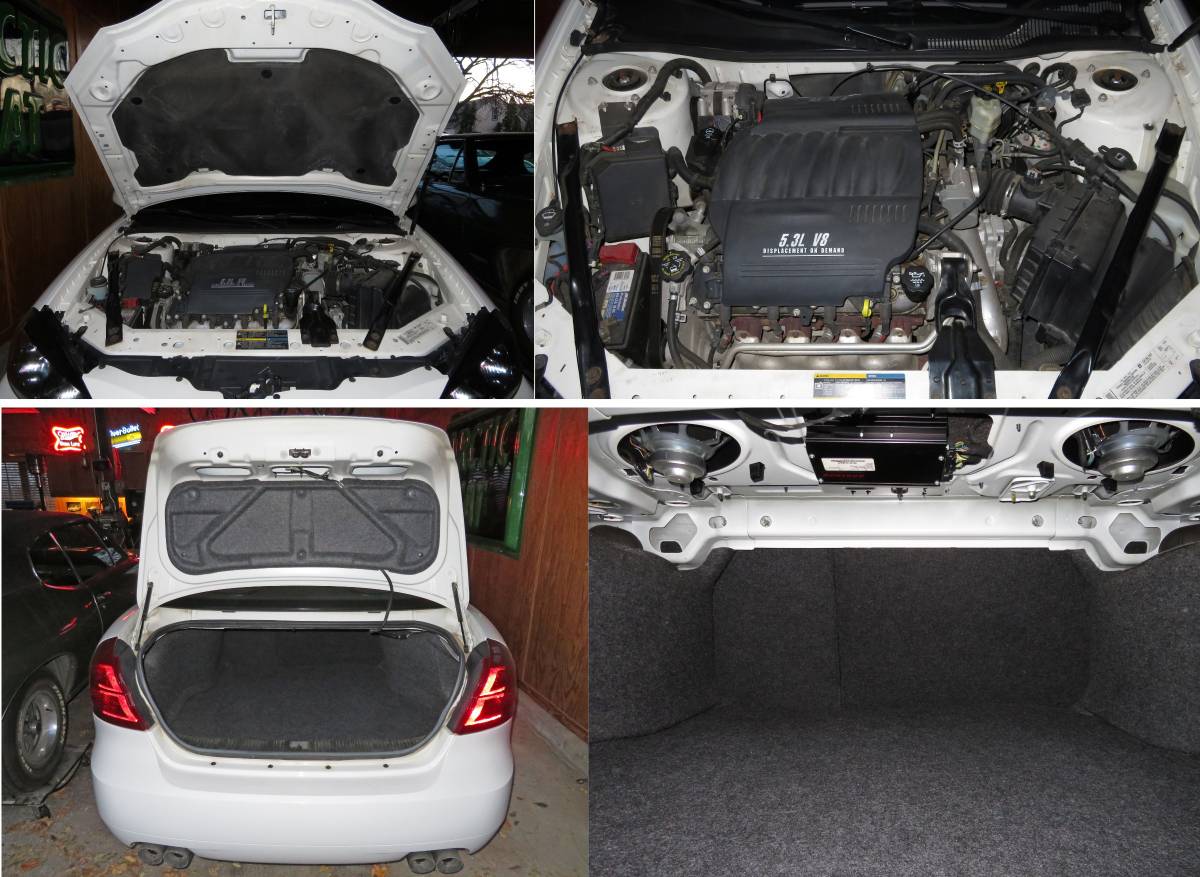 We think this rig is interesting not because the last generation of Grand Prix was such a fantastic car. Rather, GM built a weird sleeper of a sedan when they didn’t have to (the Monte Carlo SS and Impala SS platform-mates also got this drivetrain). It was part of a last-gasp, bottom-of-the-ninth, swing-for-the-fences shot to fulfill Pontiac’s old “We Build Excitement” credo from the 1980s, except this time included the GTO (Holden Monaro, 2004-06) and the G8 (Holden Commodore, 2008-09) captive imports. Did it work?

Five years after the GXP launched, GM pulled the plug on Pontiac, which 10 years on is still as shame. 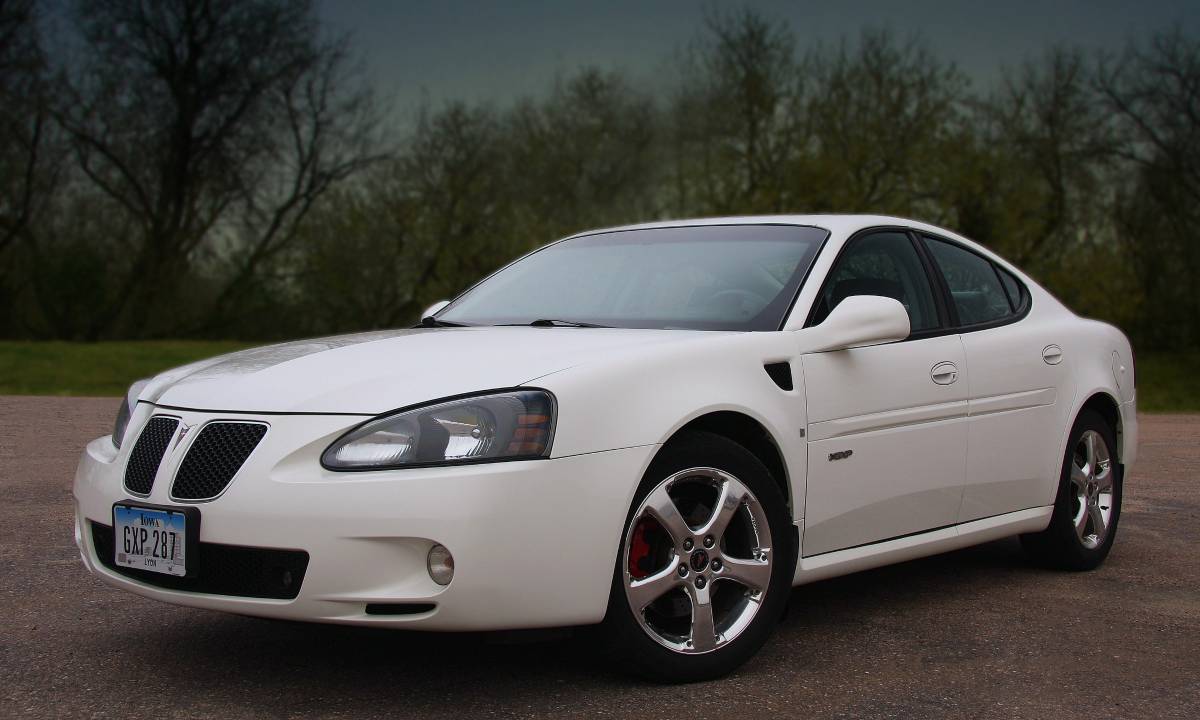 Totally That Stupid – Car Geekdom, and a little bit of life. 2006 Pontiac Grand Prix GXP: Hear Us Out