At TTS, we miss Pontiac. From the early days of motoring through the GTO and Firebird Trans Am – and with their attempts to transcend General Motor’s worst days of badge-engineering – Pontiac tried to build some level of excitement into their brand. The history is well-documented, but the exclamation point you should remember about Pontiac’s time as a manufacturer was the G8 sedan, a rip-snorting V8 hooligan in a decent Men’s Wearhouse suit.

In 1981 Pontiac debuted the 6000 sedan as a 1982 model, their take on the then-new GM A-body platform. The letter ‘A’ is pretty far away from ‘X’ in the alphabet, but don’t be fooled: The A-bodies were direct descendants of the ill-fated and largely evil X-body, most infamously known as the Chevrolet Citation. 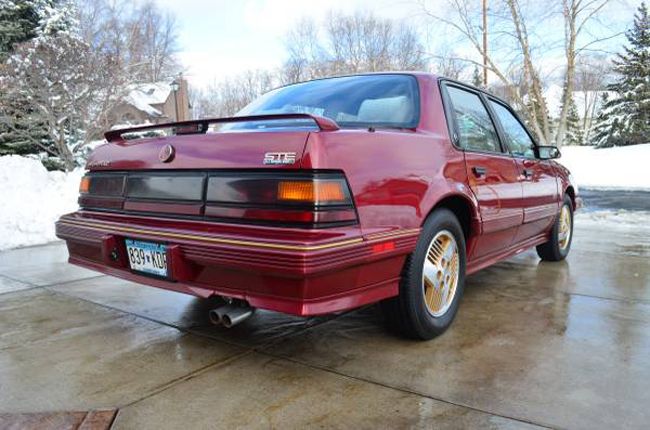 Available in two-door coupe, and four-door sedan and wagon, the 6000 was very much a product of the General at the time – folded-paper design, lots of plastic that didn’t fit particularly well, and decidedly lacking in sporty pretensions. Arguably better looking than its A-body littermates, it was sort of a driver’s car with the optional V6 engine, a proper three-pedal manual, and alloy wheels. In the wagon. Which nobody bought.

Then the 6000STE happened. Boasting an uprated 2.8-liter V6, bucket front seats and center console, lots of gauges with a vehicle monitor, and a tuned suspension with fat Goodyear Eagle GTs, the STE was almost but not quite a competitor for the invading sporty Europeans ranging from Audi and BMW down through Mercedes-Benz and even to Peugeot and Saab. 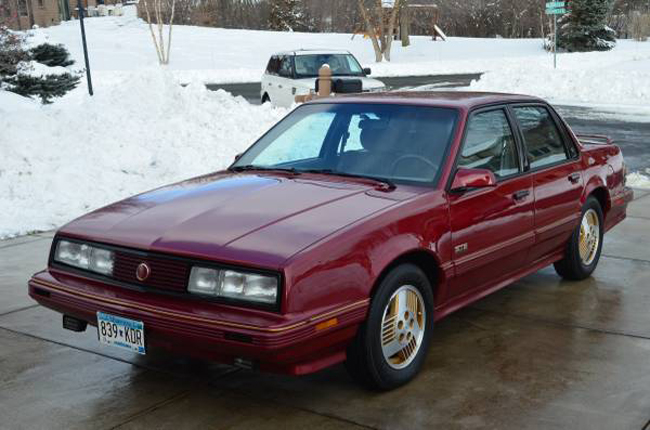 The oddballs of the group are of course the rare manual-transmission 6000 wagons and STEs. But did you know that for a few years Pontiac made an all-wheel drive 6000? Available only on the STE in 1988-89, and then in 1990 on the SE sedan, AWD was barely a footnote with a total take-rate somewhere south of 2,000 units. 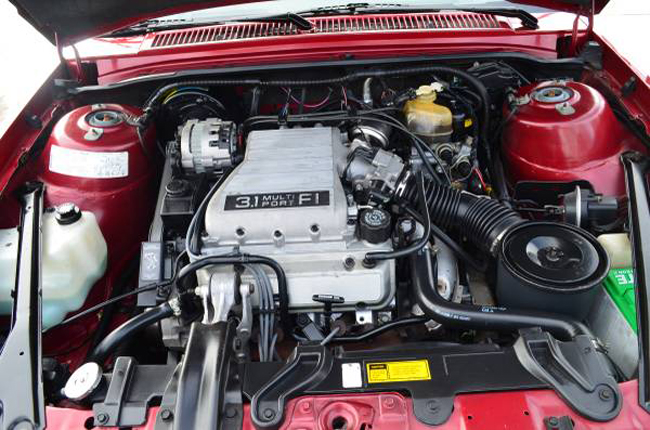 There’s precious little information about the AWD system as a whole, but we think we have a good bead on the bits. While most other GM A-bodies had moved to a four-speed autotragic by 1988, the STE AWD used the three-speed Turbo-Hydramatic 125 C (TH-125C AWD, due to its slightly different case) bolted to a larger 3.1-liter V6. The planetary gear transfer case, made by Magna Steyr, is bolted to the end of the transversely-mounted gearbox and sends 40% of the power to the rear wheels. A similar design was later used in the Pontiac Aztek/Buick Rendezvous twins, but with the 4T65E four-speed autotragic.

The STE had a button on the center console to engage a sort of high/low range, locking the driveline and at the same time disabling the antilock brakes. Here’s the warning sticker on the driver’s sunvisor: 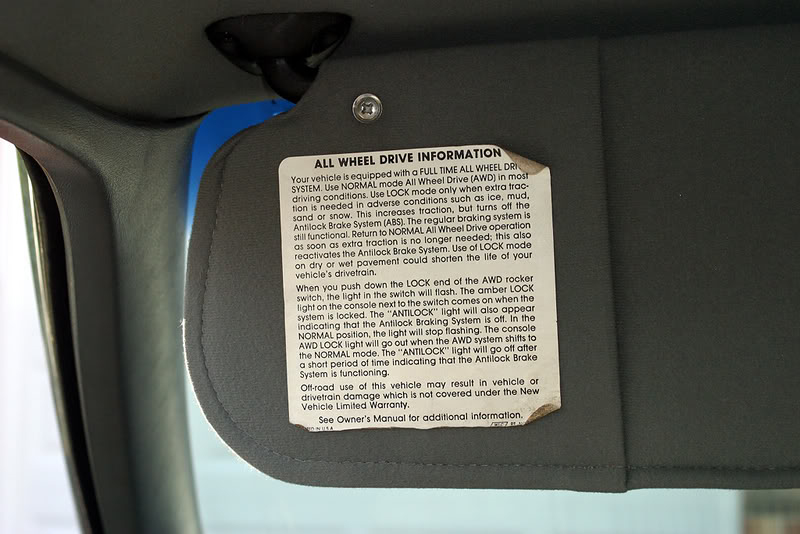 The new rear differential took up the space normally used for the spare tire, relocating the fifth meat to the middle of the trunk. STEs with AWD had the aforementioned antilock brakes with discs all around.

Growing up, my cohort here at TTS had two 6000 wagons, one a special order base car with a V6 and a center console, the other an SE with most options except for digital gauges and steering wheel buttons. My first car accident experience was in the passenger seat of a 6000LE. Tales for another time, I suppose. Today, finding a decent 6000 of any variety can be challenge. Finding an AWD model is tough but not impossible. Finding an example as nice as this pristine 1989, for sale in Minneapolis, Minnesota of all places (go here if it disappears), really doesn’t happen. 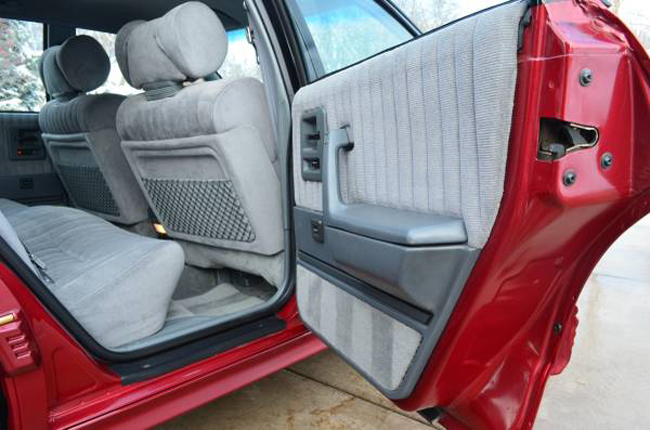 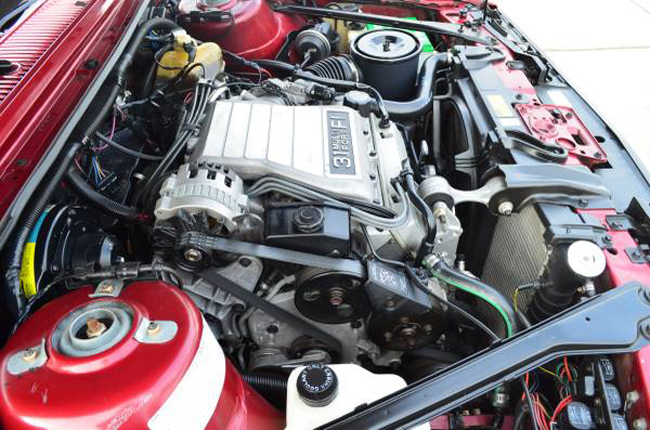 This Pontiac presents… well, it’s flat gorgeous. The seller states the car has been detailed and has no rust anywhere. The door jambs are stunning. Under the hood is cleaner than I am. The trunk, with it’s air compressor port, is lovely. Those velour seats look inviting while only being slightly coffin-creepy. A new headliner has been installed, and other than a blemish near the radio buttons, all of the not-quite-carbon-fiber appliques look excellent. Even the shift handle looks flawless.

And speaking of buttons, holy hell are there a lot of them. Gather ‘round, kids, and let Uncle Stupid tell you how the degree of 1980s Europeanness was judged in part by how many buttons you could throw on a car dashboard. Not enough dashboard real estate? Throw them on the steering wheel, too! While you’re at it, interpret the analog ribbon instruments of olden days into the digital age of Tron, War Games, and the Tandy TRS-80. Kids? Come back! You little bastards! 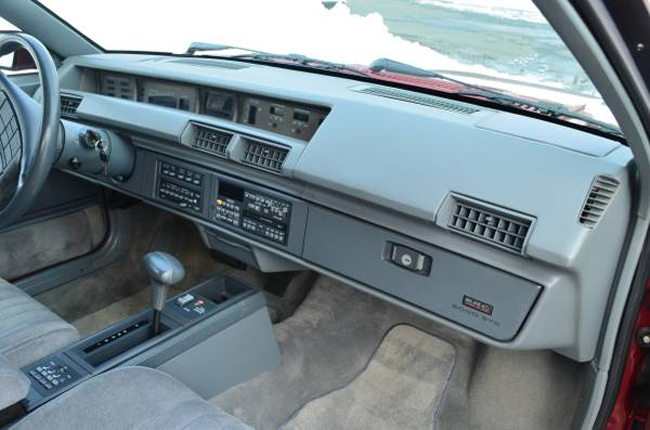 As clean as it appears – and it is ridiculous how nice this car looks, given how many 6000s are run hard into the Earth – I’d want to crawl underneath and make sure it’s this nice everywhere.

Doing a bunch of Googling for this article, I found the same car for sale a handful of times over the last several years. It was featured on the Hooniverse in July, 2013, with almost the same verbiage as today’s Craigslist ad. Previous to that, in 2011, a reseller based in Missoula, Montana – CerealMarshmallows – featured what again must be this car in a YouTube listing. 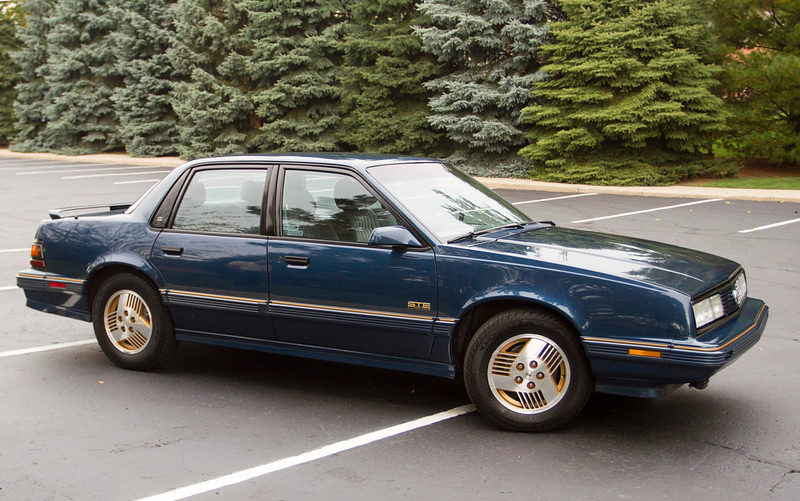 A colleague and I had a conversation yesterday about whether or not this Pontiac was worth a triple-mocha-latte less than $6,000. The consensus was probably not, given what else you could buy instead (Daily beater plus rallycross car, anyone?). Today, however, I’m in the mindset of, “Yes, but.”

Yes, but it’s a lot of coin for any GM A-body. Yes, but what do you do with it? You wouldn’t want to daily it, especially in winter. So, yes, but it would sit around quite a bit, even in the nice weather when there are more interesting cars to drive. As the seller you would have to either find the guy with the weird Pontiac fetish collection who has to have one of these, or accept the fact the next owner is just going to use it like some kind of weird hipster accessory and run it into the ground, having absolutely no idea how special it is.

I land somewhere in the middle. I’d love to drive it every day, and probably would, but I’d feel bad about it because even at six-large it is special. Very, very special.