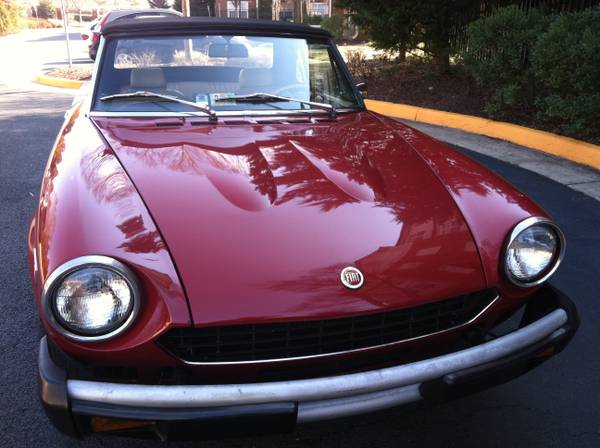 After writing about that gorgeous Alfa Romeo Duetto the other day, I got to thinking: there are a lot of ways to enjoy sleek European styling and a sonorous dual overhead cam motor combined with open air motoring. Most of those have been covered in TTS before – cars like the Alfa Spider, the Jensen-Healey, and even Fiat’s 850 Spider and X1/9. Shamefully, we have not covered Fiat’s 124/2000 Spiders in any depth. Until now. This car, advertised on Craigslist in Leesburg, Virginia for $3,950, represents the same basic experience as the Duetto but for about 10% of the entry fee.

The Fiat 124 was basically the Torino firm’s counterpoint to Alfa’s Spider, and their specs are comparable if not remarkably similar: they were both penned by Pininfarina and released to the world in 1966, both had varying displacement DOHC inline-4 motors, both had full synchromesh manual transmissions and four-wheel disc brakes from the get-go, and both started rusting about six hours prior to leaving their respective factories. In many ways, choosing between the Fiat and the Alfa was really down to preference. Of course, the Alfisti will argue that their Spider came with oodles more pedigree and had sleeker, sportier styling. The Fiat side of the camp will conversely argue that their car ticks all the right sports car boxes, but with more robust running gear that was used throughout the world in hundreds of thousands of their contemporary models. Frankly, I like both of them, albeit for different reasons. 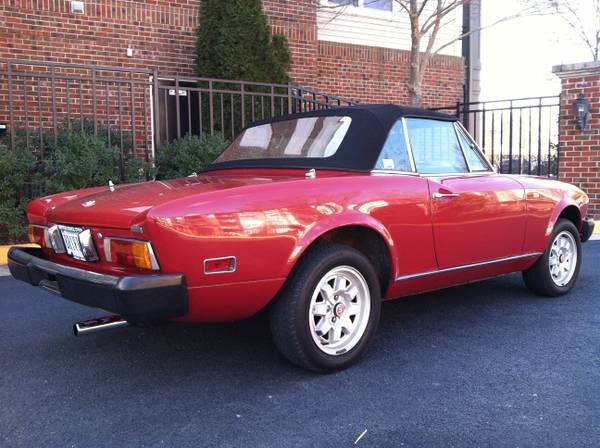 The 124 Spider was styled by Tom Tjaarda (of Ferrari 330 and DeTomaso Pantera fame, not to mention dozens of others) during his time at Pininfarina. The car shared many design cues with Tjaarda’s earlier Chevrolet Corvette Rondine show car, most notably those flared rear quarters. 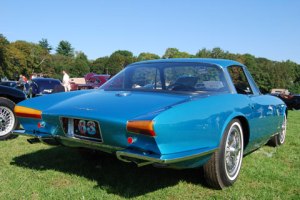 LIke many sports car contemporaries it had a sloped hood (complete with obligatory motor “bubbles” a’la the Mercedes Pagoda), large, round headlights, and opening quarter windows to help front seat passengers divert the wind. Note that last point: front passengers. Yes, folks, the 124 had a back seat. It’s not someplace anyone bigger than about 3’6″ would want to sit, but contrary to the Alfa’s vinyl- or carpet-covered sheetmetal intended as a luggage shelf versus an actual seat (ask my kid sister), the Fiat’s cushion was downright luxurious.

To all but the most trained eyes, the front seats look essentially identical to the Alfa seats and I would venture they came from the same suppliers. The Fiat’s dash lacked the Alfa sleek “twin pod” style and driver-facing, chrome-bezeled ancillary gauges but did offer a full complement of gauges in a more utilitarian but arguably easier to monitor layout. Like the Alfa, the Fiat’s shifter falls easily to hand, and is a joy to row, so long as you’re not expecting modern, short-throw, snick-snickprecision. Both cars also share the unique period Italian long-arm short-leg driving position. Happily for me, I fit that description. 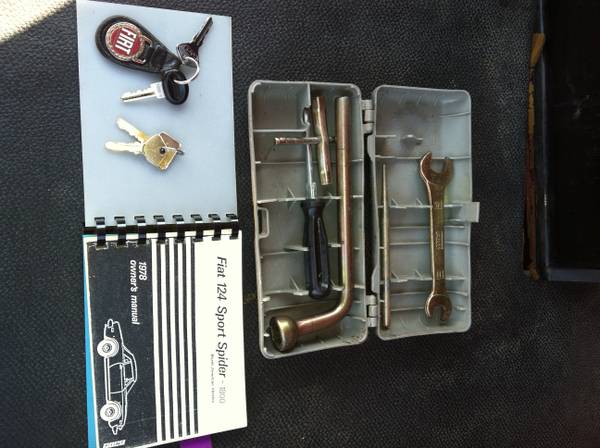 By the seat of the pants the 124 and the Alfa feel very similar. although I’ve always thought the Fiat felt just a tad peppier. Neither is particularly nimble by moderns standards, but are more than happy to be manhandled and are a lot of fun at moderate speeds on the twisty lanes. A well-sorted Alfa feels a little closer and firmer to the pavement compared with an equally well-sorted Fiat, but a Miata will run circles around both of them. But that’s not really what these cars are about at this point, is it? These cars are about classic top-down motoring, with the hope that they’ll be at least marginally reliable so that you’re afraid to take them out of the garage. The key question, in my mind, is what makes the Alfa worth ten times what the Fiat is worth? Nothing, really.

Sure, they made more of the Fiats, and the round tail Alfas were only around for four years compared with twenty years for the Fiat (and the S2/S3/S4 Alfa Spiders), but I guess the bigger issue is whether you are buying to show and hopefully turn a substantial profit or are you buying to drive and hopefully break-even? Duettos are already high-priced, but I’ll wager they keep going up. I think the Fiats will increase in value as well, but not to nearly the same extent. To the general public, however, they’re both old sports cars and folks on the street will yell “nice car” regardless of which you choose. And that makes the Fiat a bargain in my world, and a far better deal than the Alfa. For the time being.