My dad taught me early on about hardtop coupes. He was a big fan of the pillarless car, be it a two-door or a four-door. We had a ’69 Pontiac LeMans A-body coupe when I was a little kid in the early 1970s, and years before that my folks had an old hardtop Pontiac Bonneville wide track. I remember vividly when the Mercedes 126 coupe was released – I was 10 years old and three times a week I took a bus by the local Mercedes dealer. As soon as I got the chance I went to the dealer and told them my dad had sent in in to get a brochure for him. Truth was that I went in to get it for myself in hopes that maybe I could talk him into buying it. Economic realities were not at the top of my skill set in 1981, but a boy could dream. And my dreams looked a lot like this Mercedes 560SEC available here on eBay in Carlsbad, California which has met its reserve. 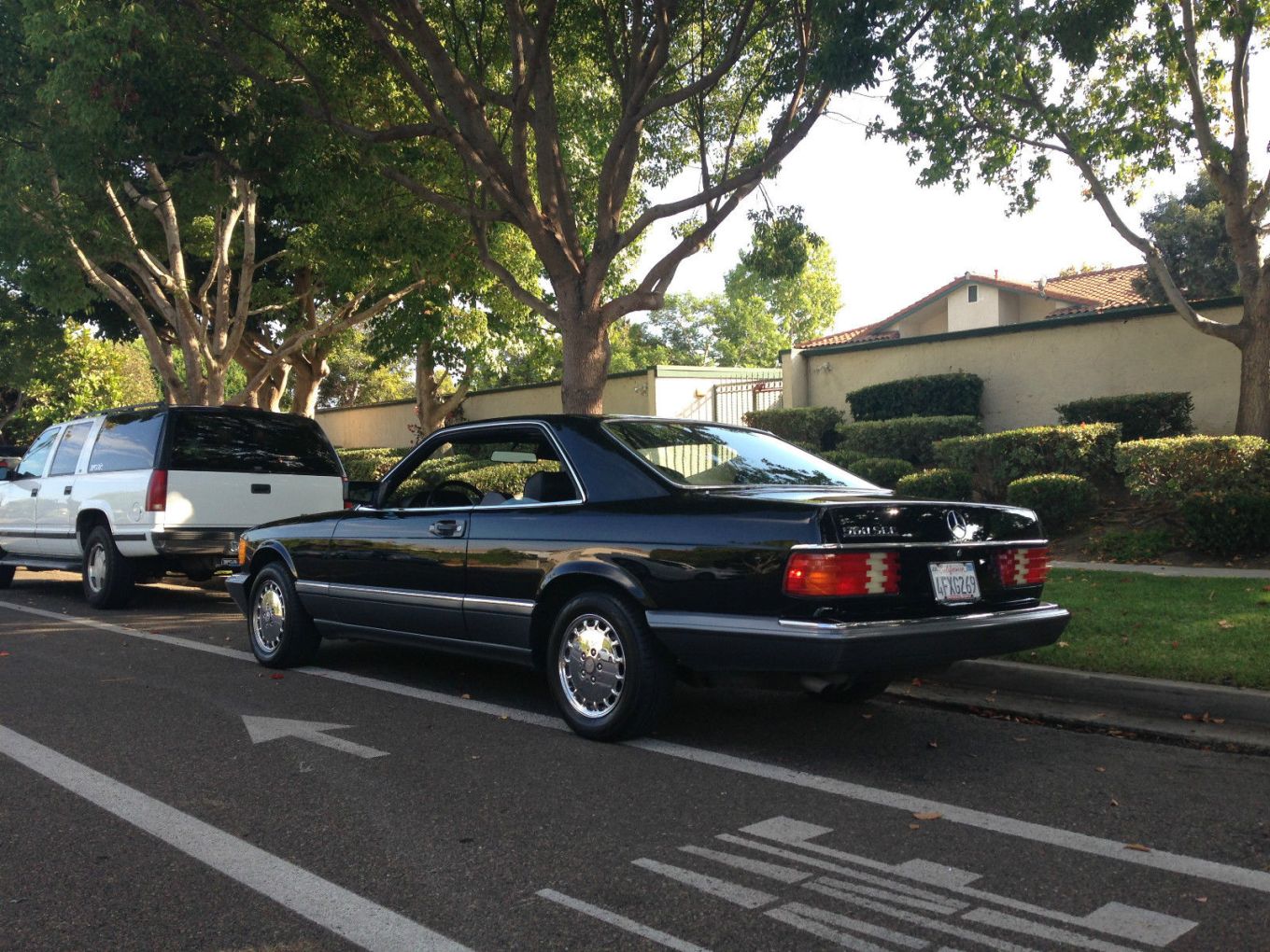 As it turned-out, dad liked the 126 coupes a lot, and as the 1980s progressed we would both admire one when it drove by. But we were a family of five, and even with the 126 coupe’s remarkably spacious interior – basically an S-class sedan minus a few inches and two-place rear seats – it just wasn’t in the cards. Instead my folks did end-up buying a W126 300SD sedan which was just a big version of the coupe – right? Sure, from the driver’s seat. But there was no comparison of the two in profile. To me the Mercedes S-class coupe was the ultimate in sleek, modern personal luxury motoring. Well, that and the Porsche 928S. I liked the Jaguar XJS, and David and Maddie really made me want a BMW 635CSi, but the Mercedes was where it was at in my fantasy garage. 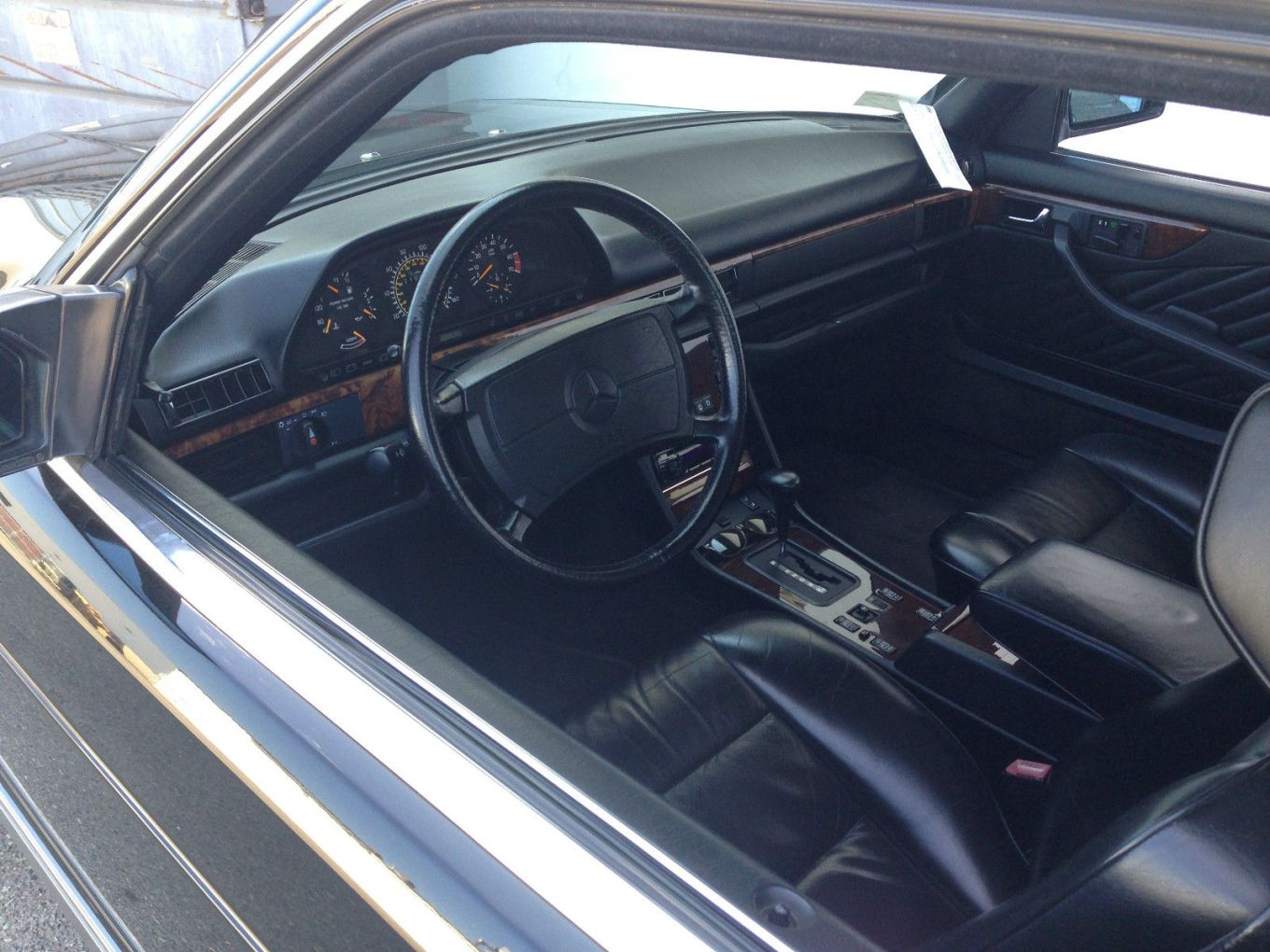 A few years later in high school there was a girl that I really liked, who remains a good friend to this day, whose dad had, well, basically the car you see here – although I think his was Pearl Black on Black leather as opposed to this car’s Black on Black. To this day I’m not 100% sure if I was more interested in spending time with her or just admiring that car (Her mom had a matching Mercedes wagon, but that’s a blog post for another day). That car was just so, well, yes. 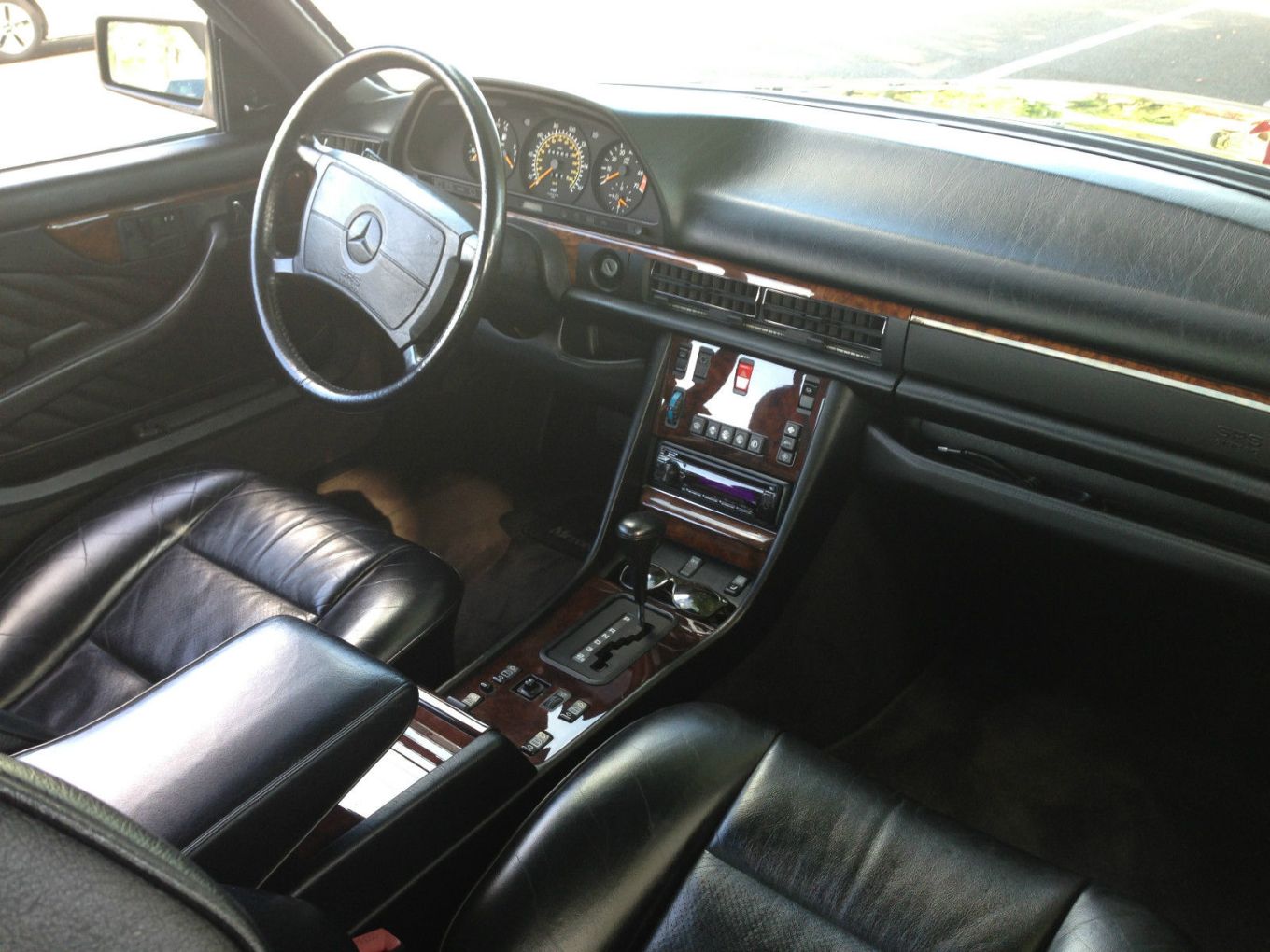 Fast forward about 23 years and I finally bought one of my own. It looked a lot like this one but with Palomino tan interior instead of this car’s better Black. It also had about 50,000 more miles than this car, which is no small feat considering that this one wears 210,000 as it sits – which is the reason that this car caught my attention. The 126s are Mercedes from the company’s “best or nothing” days of overengineering and cars that – with the right care and maintenance – could literally last forever. Mine was nice, save for a rust spot in the front fender under the corner lamp where a lot of them rust, and a leaky hydraulic pump for the self-leveling rear suspension. But then I paid considerably less than this car’s $4,900 reserve, which has already been met. In retrospect I would gladly have paid a premium for a clean California car with a maintenance history like this one has as well as the apparently clean condition both inside and outside. I mean, just look at the gloss of that woodwork and paint!

Pictures like the above are one of the best tools a seller of enthusiast, collector, or special interest cars – especially German ones – can use. I know that any time I have all the keys and a stack of records I make sure to show them off to prospective buyers, the message being that someone – or several someones – have cared for this car, and it shows (note that one of those receipts comes from the Mercedes-Benz Classic Center, USA – I can tell you from experience that is a really good thing!). Cosmetically, the only thing on this car that I don’t particularly care for is the set of chrome 15-hole Mercedes alloys. It’s very much a California thing, but I’m a traditionalist and prefer my 15-holes painted silver. Mechanically, the venerable M117 5.6 liter V8 has received appropriate care – a new radiator, coolant reservoir, belts, hoses, and the all-important timing chain tensioner has been replaced. In addition, the seller reports that all of the accessories and electrical doodads work, including the finicky seat belt presenters the hand front seat occupants their seat belts after they close their respective doors. Actually, there is no mention of the functionality of the self-leveling suspension.. That would be good to know. 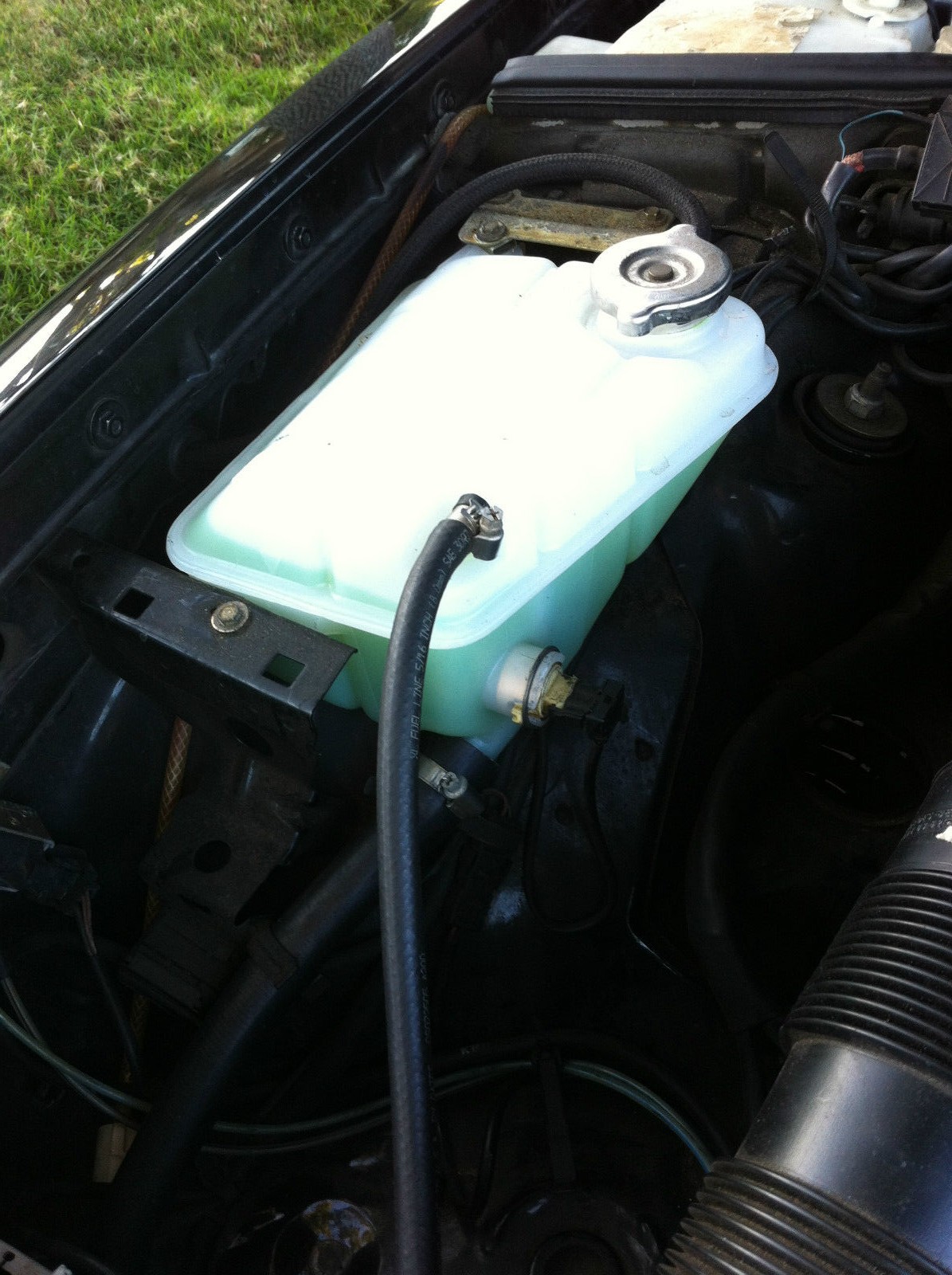 The bottom line on the 560SEC is that – as Mercedes’ top of the line coupe – it represents the very best in grand touring luxury motoring from the 1980s, and even today feels like a remarkably solid and modern car. The V8 motor, despite having a primitive 2 valves per cylinder and getting about 15mpg on a good day, is a workhorse of a motor and good for 0-60 in less than 7 seconds and a remarkably composed top speed of 155mph. What’s more, although some of its antique electronic systems are a little complex, the shadetree mechanic can still get his or her hands dirty working on one of these and emerge from the experience successful. As for this car, don’t let the miles fool you. Keep up the maintenance and you can enjoy this car, well, indefinitely. And the AC even works.