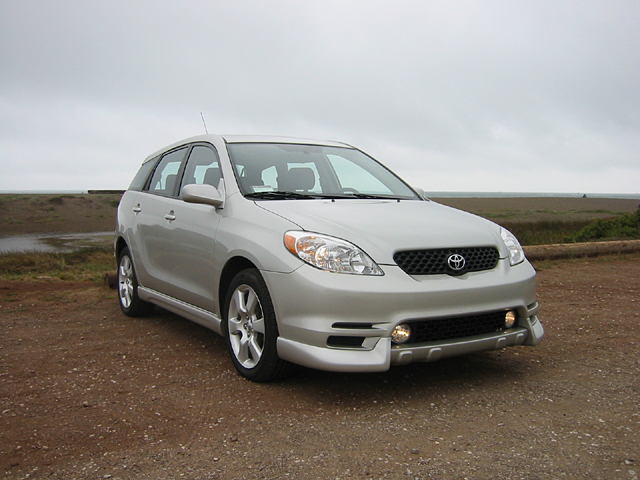 When I first started this missive, I was waiting for a call from a local independent repair shop to let me know Trinity, our 2004 Toyota Matrix XRS-6, could come home from her sleepover. She had a night away while waiting for gaskets and seals to stem the oil flow from her timing chain case. Said flow left a damp spot on the garage floor through which my four-year-old son could not possibly miss tromping on his way to climbing into my Mercedes.

“Wait a minute,” you’re thinking. “You actually paid regular humans to work on your car?”

Let me explain. For a modern car, Trinity is actually pretty easy to work on. There’s nothing fancy about the interior, bodywork, or most of the mechanical components. Japanese cars are very much like better-engineered German cars in that, where possible, things come apart and go back together quite logically. The key here is “where possible” – having a sidewinder drivetrain, part and parcel to most front-wheel-drive applications, means anything on the serpentine belt end of the motor is largely inaccessible, crammed against the passenger side inner wheel well.

Examples? It’s so tight in there that to remove the serpentine belt tensioner – one of the few actual repairs I’ve had to perform – you need to unbolt and jack up the engine. To get to the timing chain tensioner – a small mechanical ratcheting device bolted to the timing case – you need to almost remove the serpentine belt tensioner (unbolting, but no jacking this time) and move the air conditioning lines out of the way. Then you can almost see it with a mirror and a bright light.

Conversely, the radiator replacement was a piece of cake. So are oil changes and other bits of basic maintenance. In fact, most parts not associated with the serpentine belt are kind of just right there. Knock on wood, at 131k miles these were the only two non-maintenance repairs we’ve had until now. Remarkable, really.

The oil leak had been going on for some time. The timing chain tensioner O-ring was leaking, so I replaced the whole unit (you can’t buy just the O-ring for our “2ZZ” engine). While that was one leak, it apparently wasn’t the only leak. Getting to the backside of the engine to clean everything is an exercise best left to individuals with long, thin arms sporting two elbows each who are adept at not spraying Brakleen in their eyes (i.e. – not me). Then you wait for more oil to appear, and break out the mirror and the bright light.

I bit the bullet and called The Phoenix Auto Repair in St. Louis Park, MN. My friend Chris had the clutch in his E34 M5 replaced there – twice, actually, due to a rear main seal leak soaking the new clutch disk – and said they were a good group. I think they used to work on his E21 320is, too, before a tree fell on it. They were described to me as smart guys who are real technicians and problem-solvers, rather than ALLDATA parts replacers.

I made the appointment and showed up last Friday morning. The parking lot was sprinkled with older Mercedes sedans and the random Jaguar, plus a smattering of mid- to late-model Japanese cars, and Saabs. Lots and lots of Saabs. Out front was a clean, nicer-than-driver-quality 280SL Pagoda.

Entering the shop space there were, of all the goofy things, two gorgeous Amphicars, both with current Minnesota lakes boating licenses. On one lift sat a brutally pretty 1957-ish Cadillac Coupe de Ville, and over to the side was a clean Honda Civic Si Coupe from back when they were kind of interesting. Lurking nearby was a stunning W108 Mercedes-Benz 280 sedan in anthracite gray over tobacco leather. I approached the counter.

Now, I’ve been on both sides of that particular counter. I’ve been a professional mechanic, as well as a service writer. I’ve more often been a customer. There’s a delicate balance between showing you have a deep knowledge of the problem and maybe even the solution, and just coming across like some Internet troll assmonkey who spends too much time on the forums. I don’t mind throwing around some observations and what passes for knowledge – think bowling ball in a boxcar – but I hate the troll character. And guess what? So does the guy behind the desk. Humor, self-deprecating and otherwise, helps here. 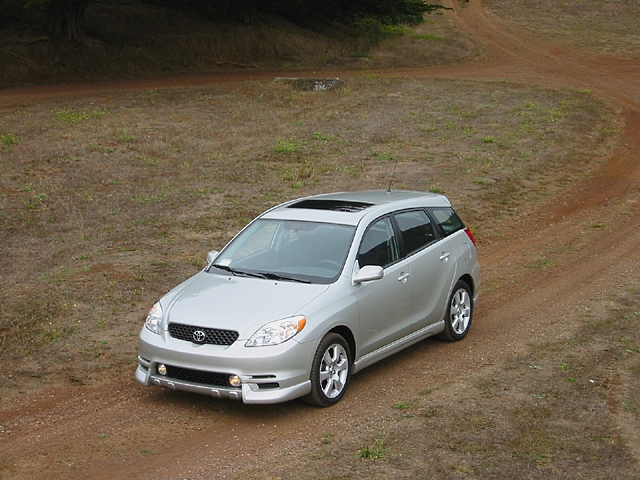 We chatted briefly about the possibilities for leaks in that area – valve cover gasket and timing chain case – and the path forward. They cleaned everything up and put a dye in the oil. They also replaced a crimp-style hose clamp on the power steering pump that will be familiar to anyone with a 3 series BMW from E30 through E46. We picked up the car Friday night and, after a couple hundred miles over the weekend, brought it back Monday morning for dye inspection.

Sure enough, the timing chain case was barfing oil. Had it been the valve cover gasket – and had that been obvious before I took it to The Phoenix – I would have replaced it myself. To reseal the chain case means pulling everything off the “front” of the engine including every pulley and tensioner and the water pump, not to mention the valve cover gasket. The lack of physical access, no real ability to effectively dispose of large quantities of engine fluids, and being completely bereft of air tools means I had less than no interest in tackling this myself.

At least at 131k miles, I didn’t need a new timing chain. Cost would have been $210.00 for the part, and it had to come off anyway. And they were very complimentary about how remarkably clean the engine was inside, likely attributed to 5,000-mile Mobil 1 swaps since the first oil change at the 5k mark.

Trinity has since come home, her parents roughly $550.00 poorer, but without any apparent drippiness.

In my eyes, money well spent on a family member we’ve had since new and who really owes us nothing.