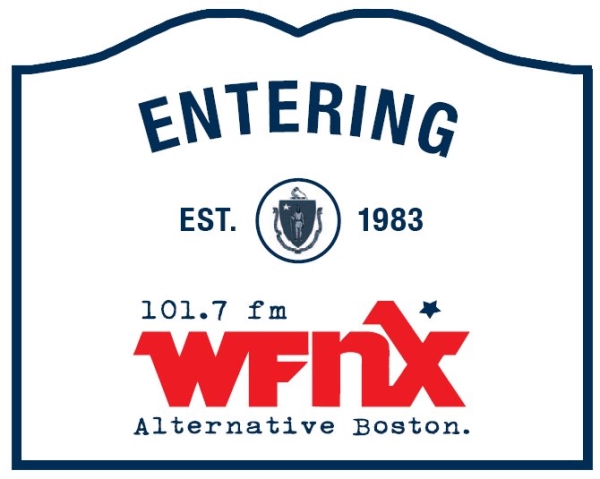 WFNX and the Boston Phoenix are gone. Published and broadcast for 30 years, they were synonymous with college radio and the Boston college music scene. When Clear Channel bought the dial space, they moved radio operations to WFNX.com and, quite frankly, the playlist improved dramatically. Sadly, two days ago it all went down. An institution has vanished, leaving a void to be filled with yet more corporate radio.*

Because you need to hear Stairway to Heaven just one more zillion times.

I lived in and around Boston for six years, both during and after college, and listened to WFNX whenever I was near a radio. I read the Phoenix, and went to the events they sponsored everywhere from Avalon and the Paradise to in-store appearances at Strawberry Music and concerts at the Hatch Shell. They Might Be Giants, Green Day, The Mighty Mighty Bosstones, The Meat Puppets, The Pixies, Matthew Sweet, Primus, and some band we had never heard of (and subsequently didn’t really care about) called Nirvana.

WFNX going away got me thinking about the cars we romped around Boston in. The first three years of college I didn’t have my own car, but that doesn’t mean we didn’t get around. Not strangely, car people deprived of their own rides still find ways to get behind the wheel. In no particular order:

My 1985 Honda Prelude came to live with me at Boston University during the summer between my junior and senior years, while I was taking a couple of summer classes. It managed to stay in town as summer wound down and the regular term began.

My old friend Beth Paretta and I would use the Prelude to stalk the childhood home of John Linnell (one half of They Might Be Giants) in Lincoln, Massachusetts. We would steal road signs from their neighborhood because that apparently allowed us to more closely bask in their musical genius.

The Prelude took me everywhere from Narragansett, Rhode Island to Kittery, Maine to Barnstable out toward Cape Cod for a romantic dinner with a friend who wanted it to stay that way. I had the Prelude for 10 years, through several accidents and one restoration. It moved to California with me before moving to New Jersey with its next owner, where I’m pretty sure it died and was recycled into Chinese tuna fish cans.

At the same time, Beth had a Mk2 Jetta GLI 16v, probably around a 1989. Beth used to tell me the reason the Recaro interior wasn’t still in the Jetta was that someone must have found the sport seats uncomfortable and thus swapped out the lot of it. We’d laugh, because I suspect neither one of us actually believed this.

Volkswagens of that era were such theft magnets. Hers got broken into all the time, even though Beth left nothing in it. She would go so far as to remove the stereo (remember pull-out decks?) and the car phone handset, as well as unscrew the phone and radio antennas. She had a little case it all fit in nicely.

I don’t really remember driving around in it much. I think we took it to Providence once. I do remember the summer after senior year we came out one morning and the car was gone. Just gone. There were a few small pieces of glass on the pavement where the car had been the night before.

Junior year I lived in an on-campus apartment with a guy named Mike Walsh. Our neighbor over the fire escape, Eric, was a wealthy kid from Pennsylvania. I’m omitting his last name as he is apparently a well-regarded doctor in New Jersey. Eric had a newish black BMW 325is, which probably would have made it a 1993.

I’ll never know if Eric was overly trusting or just plain stupid. Either way, he left a key with us so we could, if he wasn’t around, move his 325is off the street when the snowplows came through.

Mike and I also used to take the 325is to the North End of Boston for pizza or tiramisu, usually at Café Vittoria, at two in the morning. The North End was a quick run from our apartment down Storrow Drive, usually at triple-digit speeds. At those late (early?) hours, you could usually use the whole road to properly set up the corners.

When not driving the BMW, Eric had access to his mother’s Range Rover County LWB, which is probably part of the reason I still have an irrational love for these decrepit monsters. His girlfriend, a nice girl from Brandeis University, drove a Saab 900 Turbo convertible.

An even older friend down the road at Emerson College, Kurt Gombar, occasionally had his gold 1989 Oldsmobile Cutlass Ciera coupe in town. Kurt lived in Beacon Hill, where there wasn’t parking even 20 years ago.

The Ciera, dubbed Frank, was interesting not only for the amount of abuse it would take, but also for the options Kurt’s dad had ordered – floor shifter automatic with bucket seats, a willing but somewhat anemic 2.8-liter V6, and something called the FE3 suspension. Frank was proof you could order an entertaining 80s GM A-body that wasn’t a Pontiac 6000 SE/STE.

Frank had air conditioning that would freeze you out, which was important for driving around in the summer when it was 90 degrees with 90% humidity at 9:00 at night. We would waste tanks of gas on hot nights just driving around with the AC and stereo cranked. I still remember the dashboard illumination would dim at traffic lights and stop signs from the drag on the electrical system.

I also remember how Goodyear Eagle GT+4 tires like to convert themselves to smoke on hot, greasy tarmac. Whatever crap tires the front of Frank later received were not nearly as fun.

No tale of my time in Boston would be complete without mentioning the Recycling Van.

It was a Dodge, white and extended out to next week with room for 11 full-size humans. It was probably around a 1991 as I remember it being relatively new at the time. It belonged to the University’s recycling team, which Beth and I had signed up for so we could, you know, drive around Boston.

Ostensibly, we were supposed to fetch the newspaper recycling from several dormitory buildings around town. We did that. Occasionally, we’d also use the van for other things, like fetching Mike’s girlfriend from her college in the backwoods of New Hampshire. Or going to Portsmouth for lemonade. Or going to the mall to buy speakers.

Despite being pretty new, it had dings and dents everywhere, and the interior was kind of beat up. I know I rubbed it against a fence post during one of our journeys. The passenger bench seats were never taken out, and the bags and boxes of newspapers were always just chucked in.

It was a monster, but one easily tamed in all weather. We thought of it as our friend. Years later I wound up renting a very similar van in San Francisco because Thrifty Car Rental was out of Dodge Neons.

Sometimes I miss Boston. It’s a great city. As we like to say around here, nostalgia is a funny thing, which is why my cravings for another Prelude are fleeting at best.

WFNX wasn’t nostalgia, however. It was current. Present. I could still listen to it. But not anymore. And that’s a sad thing.

* Okay, so for giggles I pulled up http://www.wfnx.com/player and there’s music again after being dark for two days. Glory be, as it were. How long will it last?

2 thoughts on “They Came To Boston” Leave a comment ›