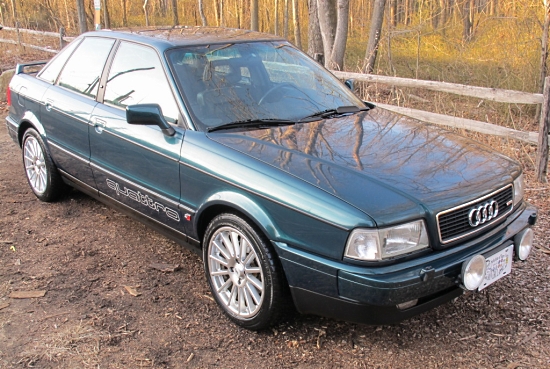 In addition to casually looking for the next superfluous funtime car for our fleet, I’m also spelunking for the next daily driver. I love Schultz, my trusty but increasingly rusty 1995 Mercedes-Benz E320, but someday the tinworm will win. Victory will be slow and ugly, like watching Bondo applied to a dissolving, ferrous-oxide-soaked Honda frame rail.

You should just take our word for that last bit.

Those cars all fall into the latter part of my automotive sweet spot, which I’ve determined is 1980-1995. Cars of this era had just enough technology – basic power accessories, effective air conditioning, anti-lock brakes – but usually not the fiddly overkill that comes with electronic throttle bodies and park-distance sensors. Basically, anything before OBD-II. Manual transmissions are more abundant in this time span, as well. 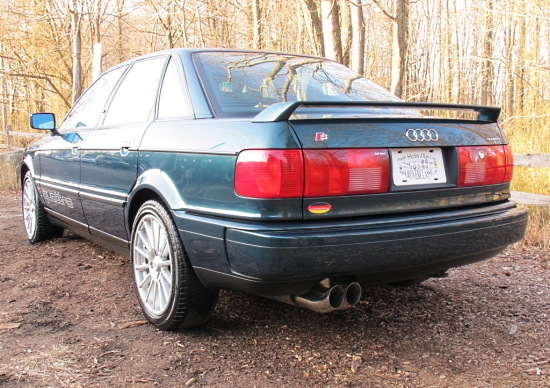 I’ve liked the Audi 90 since I first drove a 1994 90 Sport at Lexus of Darien (Connecticut). That bite-me-red on charcoal cloth sedan was a revelation after the disaster salad that was our 1985 5000S. Sadly, as a newly minted college graduate, there was no money for such a ride.

This 1993 90 Sport, however, is right in the expenditure ballpark for the next daily driver. $4800 is only slightly more than I paid for Schultz, and this dealer in Staten Island, NY is offering an immediate $550.00 rebate. Which is odd, but money is money. 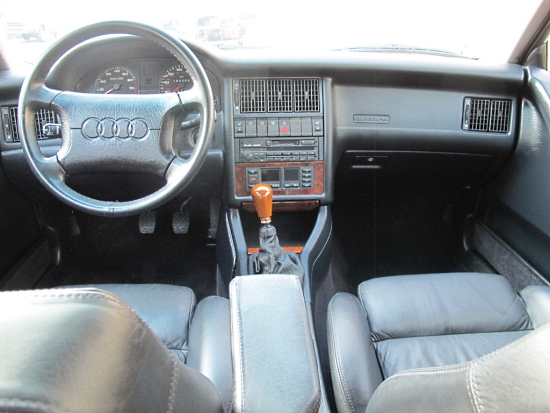 A few things immediately stand out on this Audi. One, the headliner is not sagging. Two, the seats and interior in general are gorgeous. Three, the body looks remarkably unmarred. Let’s look closer.

Actually, let’s first call out some silliness. I like the “quattro” script on the doors and the “S” badge on the trunk (but not those on the front fenders). It’s a proper homage while only presenting as slightly boy-racer. The monster rally lights are borderline, but I’ll bet they are quite bright. I do wonder how they are wired, since I don’t see an additional switch beyond the factory front and rear foglight buttons on the center stack. Finally, those DTM exhaust tips need to meet my Sawzall. 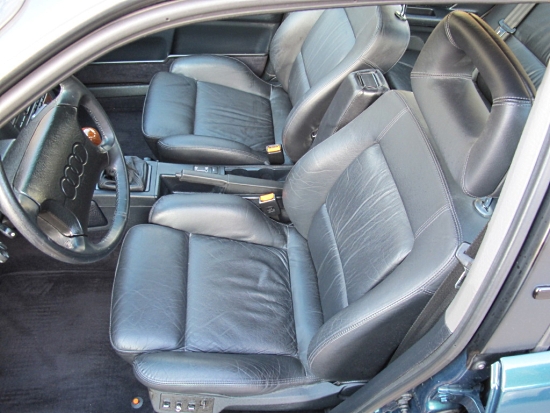 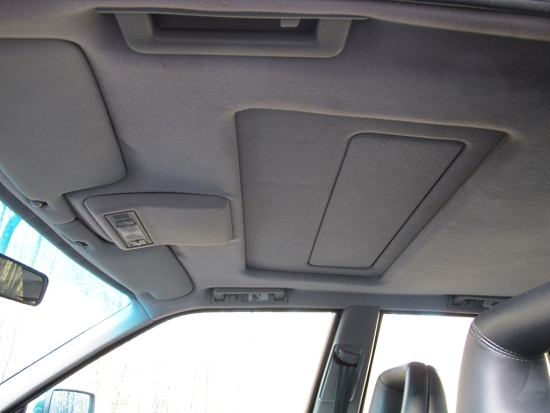 The interior of this car is stunning. The comfy and supportive sport seats show no rips and tears, the aforementioned headliner is tight, and the dashboard wood has a decent luster. The inside door panels look a little warped, but that’s probably factory. I like the stock radio (and hopefully the lack of wiring hacks) but not the apparently aftermarket shift knob. The seller claims all the goodies, like the sunroof and trip computer, work as designed. While I prefer cloth, I’d have these leather seats, especially with the bun warmers. 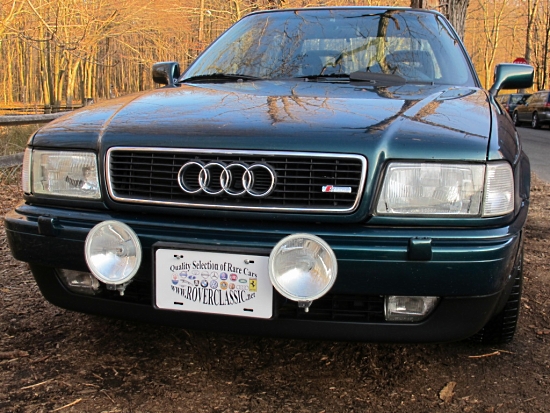 Cosmetically, this 90 Sport is cleaner than most of the others I’ve seen. The chips and nicks that always show up on Audi noses are noticeably absent, as is the bumper damage that comes from thumping immovable objects with cold, hard plastic in wintertime. I like that there are five aftermarket wheels, and not just four. The aftermarket beltline trim is straight-up J.C. Whitney special, but it’s probably fended off some parking lot indiscretions, so okay.

Shame the color is The Green Every Mid-90s Car Was. 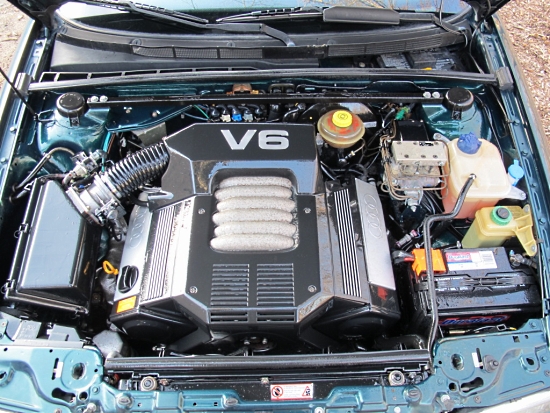 New brake components take some of the angst away from buying an unknown car from far away, but I’d like some history on the last timing belt and water pump service. I’d want to know about ball joints and CV boots, two banes of Audi existence. I would also like to know what the engine looked like before they dumped a bucket of Armor Maul on it. Luckily, these 12-valve V6s don’t have adjustable cam timing, so there are no adjusters to leak oil (valve cover gaskets are a different story, but at least an easy one).

Though I don’t agree with all of the previous owner’s aesthetic decisions, I sense he or she loved this 90 Sport. It appears to be a clean, cared-for example, and you just don’t see that with a lot of older Audis.

Totally That Stupid – Car Geekdom, and a little bit of life. 1993 Audi 90 Sport: Rarely This Nice