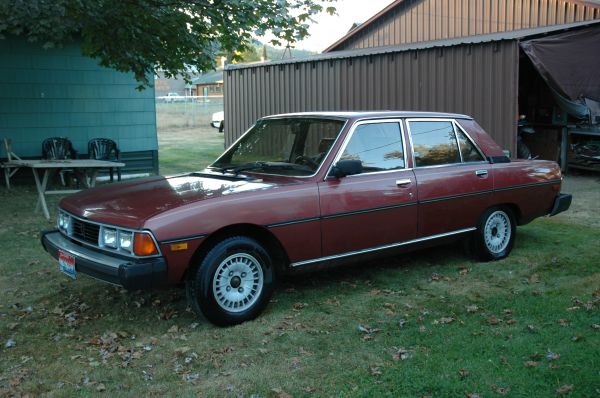 So you might have noticed, my partner and I are all about big, stupid sedans lately. After yesterday’s post, I couldn’t help but wonder how many of you ran out and bought Quattroportes..? Then I wondered how many of those Quattroportes will start when you go to turn the key today. Then I had a better idea: you want angular 1970s styling in a car that won’t break the bank in either the repair shop or at the gas pump? What you need is a Peugeot 604 Turbo Diesel like . 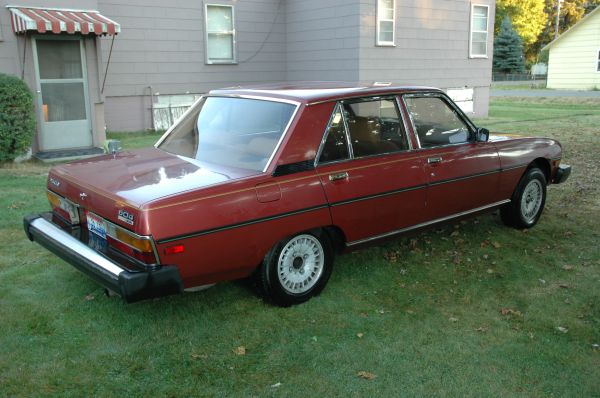 With classic Pininfarina styling and a little French je ne sais quois, the Peugeot 604 was released to very positive reviews in the press in the mid-1970s. To put it kindly, however, it was a sales disappointment despite the fact that over 150,000 of them were produced over 10 years – some by Kia in South Korea (the original Optima?). The US-spec quad headlights are just as ugly on this car as they were on yesterday’s Maserati. Fact is, the rectangular European market lights make all the difference on the 604, as does the correct front ride height. Both are easy to correct, but may cost a few bucks. 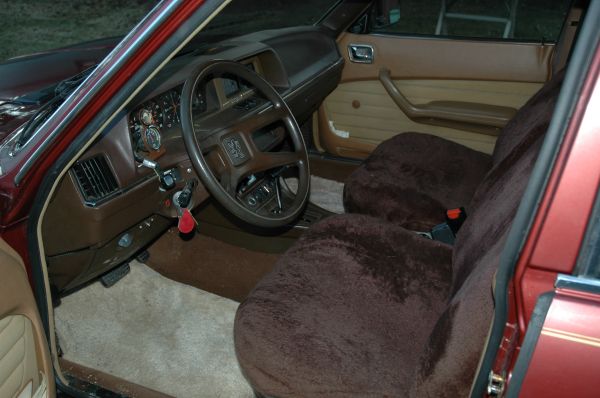 Criticism has been levied against the 604 for having a pretty plasticky interior, especially the injection-molded dashboard. In the case of this particular example, all of it is in remarkably good condition. The seats wear covers, but reportedly that was just due to the elderly owner’s preference and the seats are in excellent condition underneath. There are no blaring cracks in the dash apparent in the photos, and the mats would suggest that either the carpeting is trashed or has been covered for the duration – I’d bet the latter. I like the interior styling for its retro goodness, and the power windows and big sunroof only add to the experience. 604s came to the U.S. with air conditioning, but the seller does not indicate whether that is functional. 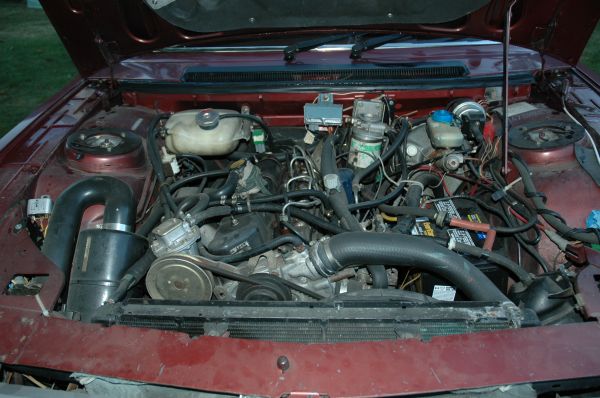 Understand – this car is not going to win any drag races. With its 3-speed automatic transmission (again, the Europeans could get a stick, but we could not), the little turbocharged four-banger that could was pushing it to get to a whopping 98 mph. Still, economy will average in the low- to mid-30s in most driving, and the car can be fitted with a waste vegetable oil kit if you’re one of those folks who wants to revolt in the form of non-regulated fuel sources. This motor looks remarkably clean, which would support the seller’s reported 85,000 original miles. The motors have a reputation of durability but can be a little grumpy in the coldest climates, so it may not be the best winter beater in Minnesota, unless of course you keep it garaged and/or install a block heater. 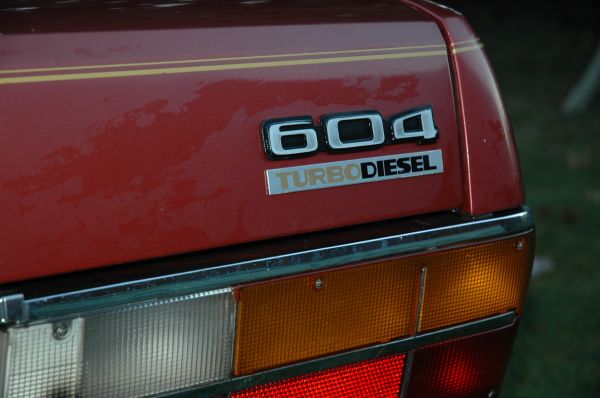 When I was about eight years-old, our next door neighbor had a 604 in the same grey-green metallic that about 90% of these cars came in. I remember my Dad coveting that car, but instead bought a Fiat 132 – another of my goofy four-door wanna-have cars. The Peugeot, however, was far more luxurious. In its day these cars were compared against S-class Mercedes, Jaguar XJs, and BMW 7-series, and they fared quite well in those comparisons. Of particular note were exemplary steering and damping. Some complained about the seats, but the big let-down was acceleration. If you’re not in a huge hurry to get where you’re going, this represents a huge amount of car and style for very little cash. Buy it, drive it, (change the headlights), and I’d bet you still make a profit on it. Maybe it could be a good spring and fall beater…?