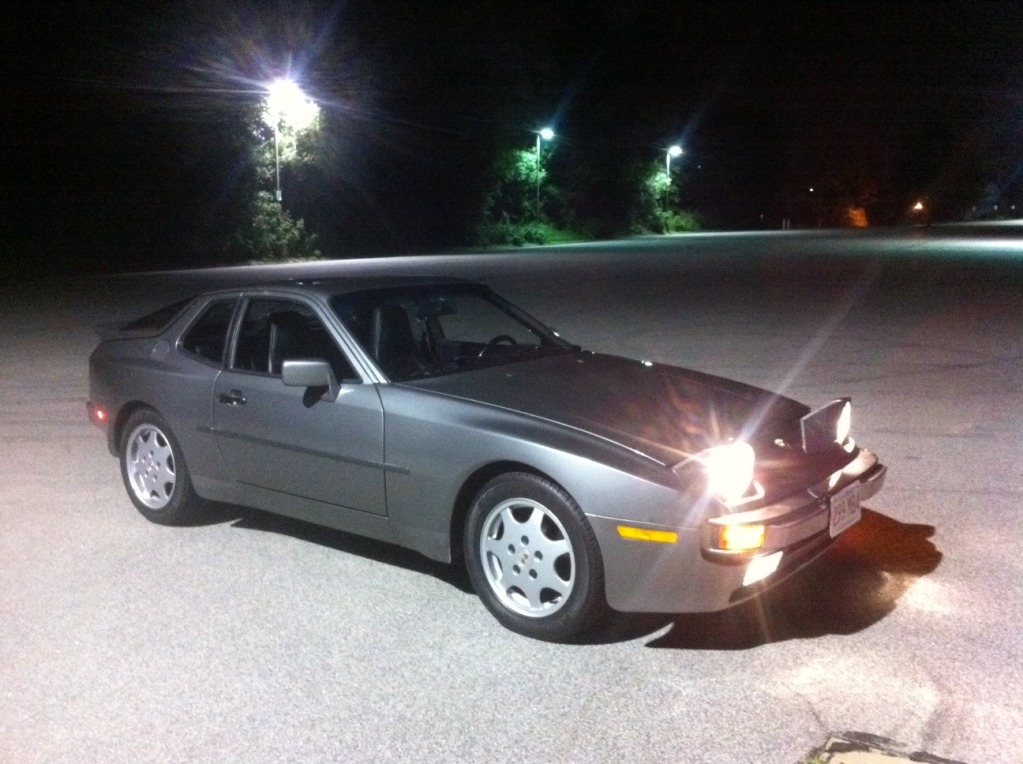 It was 1986, and she had just moved to my buddy Dave’s neighborhood. I was 15, she was 16, and despite my awkward teenageness, she agreed to a date with me. That night I experienced two first times, unfortunately neither was that one I was hoping for. You see, she fell ill (or did she?) and had to go home early. Since she drove and I didn’t she took me back to her house for her dad to drive me home. First #1 was that she had an early pop-up headlight Accord which I thought was cool (and still have a soft spot for – was also the first car I coached my wife through buying) and got to ride in; and First #2 was the ride in her dad’s new Porsche 944. I’d been in Porsches before (two, I think), but never a 944. Bear in mind “Sixteen Candles” was still all over HBO, and really, who among us wasn’t jealous of Jake Ryan and his 944? . 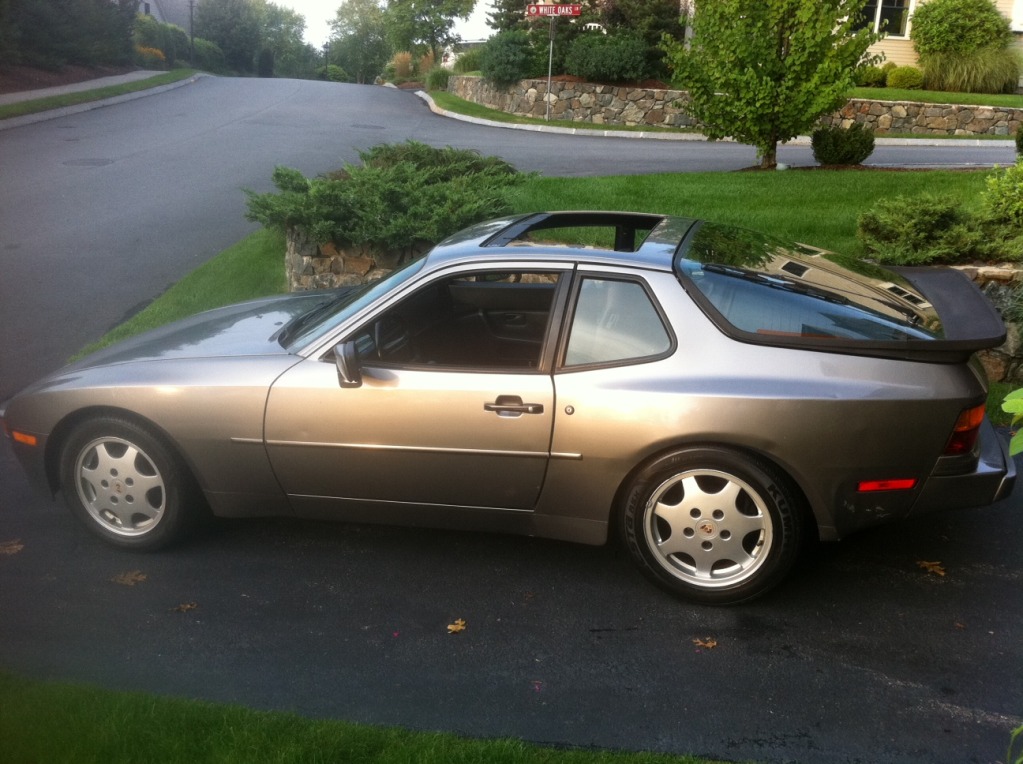 The Porsche 944 was released in 1982 as a replacement for the expensive but lackluster 924, upon whose platform it was developed. To the untrained eye, the 944 appears to be little more than a 924 with fender flares (which, in fact, became popular fare for performance and touring cars ranging from the Acura Legend Coupe to the BMW M3), but in fact it is a wholly different car sharing remarkably few parts, especially in post-1985.5 form. Instead of the 924’s 2.0 liter Audi-developed 4-cylinder, the 944 came with a 2.5 liter unit which was essentially half of the 928’s V8 producing 150hp in US form. Counter-rotating balance shafts rotating at twice the engine’s speed made what should have been a harsh four banger feel V6 smooth. 0-60mph came in less than 9 seconds and the car could manage a top speed nearing 130mph.

Handling and roadholding are where the 944 really shines. With its rear-mounted transaxle the car’s balance is nearly 50/50, resulting in predictable road behavior that encourages drivers to push their 944s to the limits – part of the reason they are so popular for road course racing. The 1985.5 facelift actually left the exterior largely unchanged, but substantially upgraded the 924 carryover interior (complete with upside-down tach) to more befit a German performance car, and more closely resemble the 911 and 928. Also upgraded but less noticeable were the alternator, oil sump capacity, control arms, larger fuel tank, and transaxle mounting – improved to reduce vibration and harshness. Basically, they took a great car and made it even better. 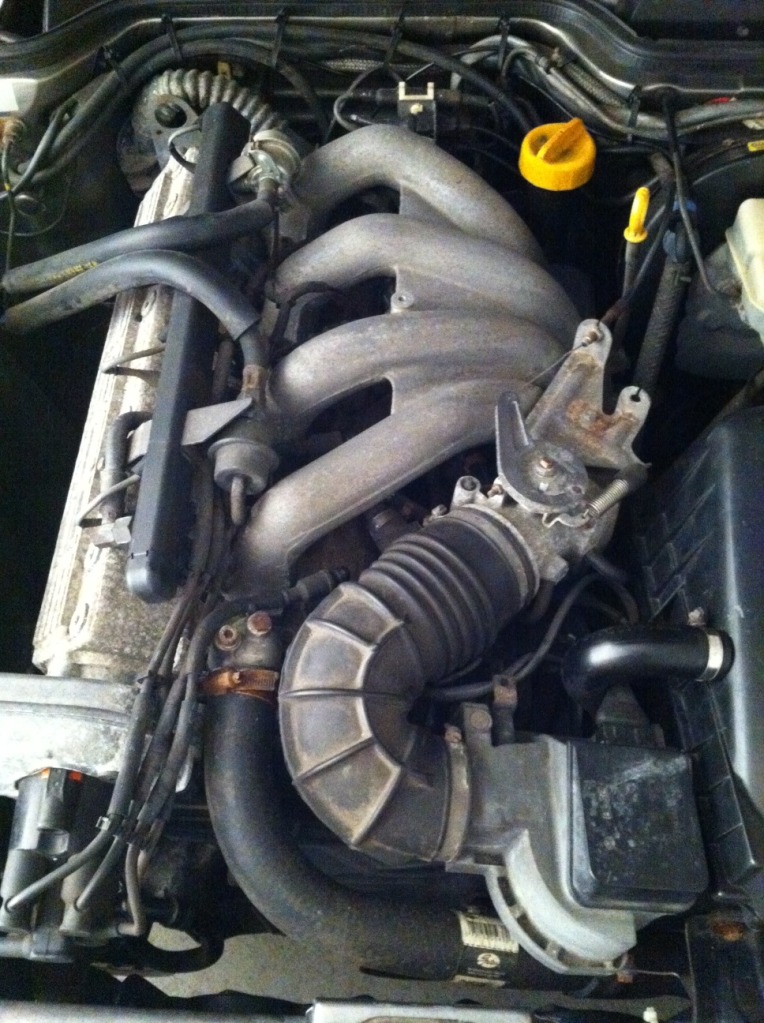 We like this example for its price point, but also for the nice and slightly unusual slate grey on black color combination. Going by the ad, it has also been enthusiastically maintained, with recent work including belts, fuel lines, fuel pump and filter, starter, clutch slave cylinder, and even visor clips and hood struts. The seller indicates that the power steering has been disabled due to a leak at the steering rack which shouldn’t be crippling to repair, and that the car would benefit from new brake pads and a transmission fluid change. There is one photo that looks lie the car may have a cracked windshield, but nothing is stated in the ad about it – worth a follow-up. The body shows a few dents but no corrosion, and the interior is remarkably clean for a 944 at this price point, looking very much like a place where we’d enjoy some wheel time. The huge tilt/removable sunroof doesn’t hurt, either.

If you think back about 20 years, Porsche 914s were at the bottom of the Porsche barrel – they were cheap and many were ridden hard and put away wet. That’s where 944s are today. Looking forward these could be second- or third-tier collectible Porsches. What they say about the driver is that he appreciates driving dynamics and German engineering, but doesn’t want to blow his entire fortune on one car. Oh yeah, did I mention you can still buy parts to make them go faster? Much faster…? Find several affordable 944s here.