Pictures received, along with some more details.  The interior does come with the car, but there are issues lurking beneath.  Compression is between 105 and 130 – low for this car and with no explanation.  That suggests a head rebuild at a minimum, and potentially a full engine rebuild.  Coupled with the need for body work and paint, the cost of the car is quickly exceeding its potential value.  I still believe the car is a great deal, but for someone with the knowledge, time, room, money, skills, or friends to get the needed work completed without requiring a second mortgage – if you can even get one at this point. Inquiries welcome at totallythatstupid@gmail.com. 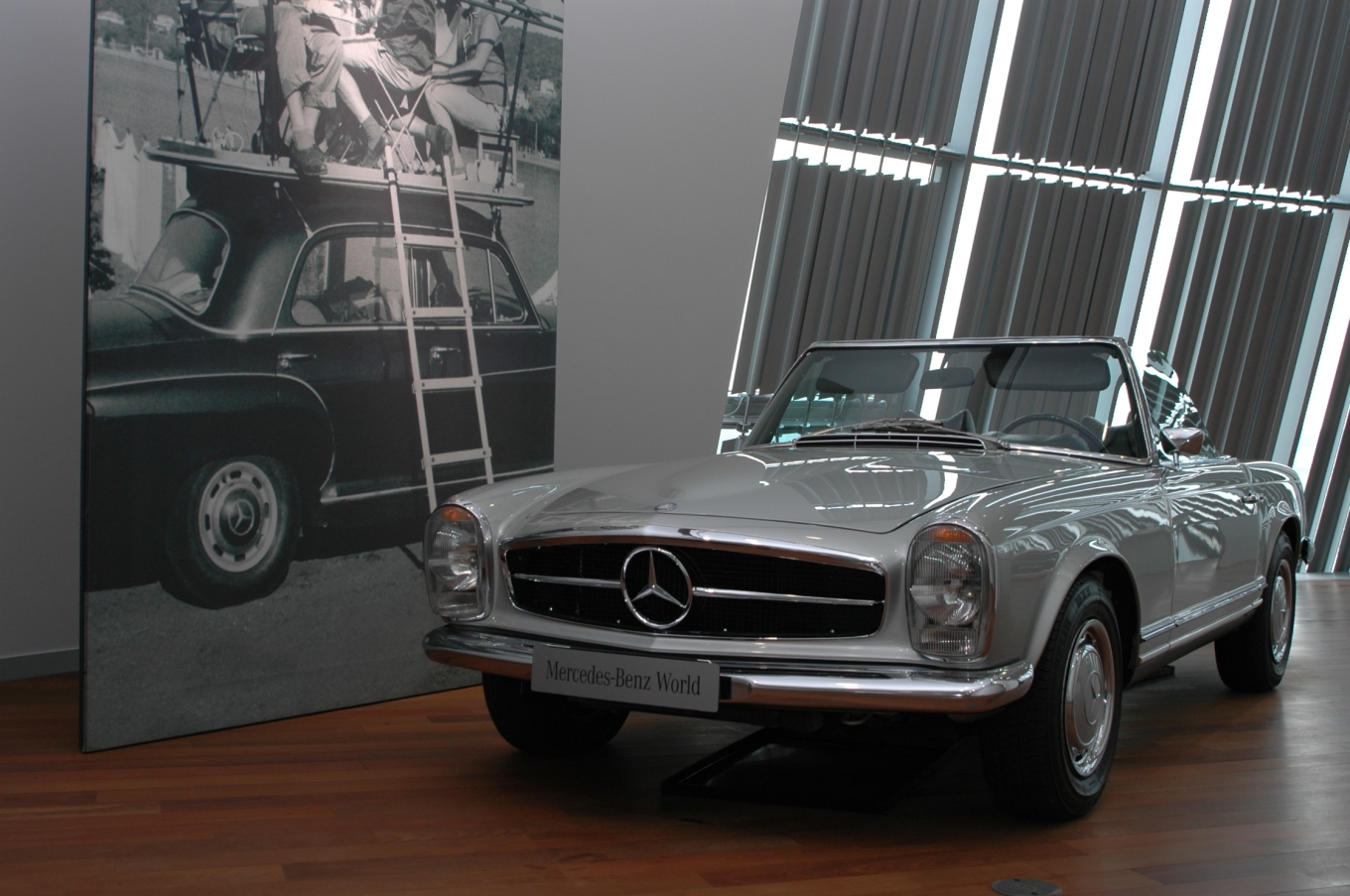 As a known Car Geek among my family, friends, and colleagues, every so often a deal comes along which I can’t ignore. Usually people are looking for help selling their 1996 Taurus or something equally compelling, but sometimes a gem comes along. An acquaintance of mine inherited a 1967 Mercedes-Benz 250SL Pagoda about 5 years ago from his father-in-law, and really hasn’t done much with it since. I had a Pagoda once, but it was a later 280SL that cost a small fortune in the form of a new transmission and other assorted bits and baubles. I’d also paid a premium for it up front. While I am not sitting on a big pile of cash waiting for a car restoration project to come along, even Pagodas that are practically parts cars bring decent money. A mechanically strong car with a cosmetic restoration is in the $40K neighborhood these days.

I barely broke even on that car, and frankly that was just due to the weakness of the dollar at that time, as the car went to a buyer in Spain. It was a good enough car, but I feared it. More accurately, I feared it would break every time I drove it – expensively. The car in play now is available for a VERY reasonable price (less than $10K), especially considering that even #3 cars have been selling in the $30-$40k neighborhood of late.

The specific car in question is silver with a tan interior – and I am still awaiting the photos. It runs, but rough. According to the seller, it seems to need fuel injection adjustment. Compression is in spec, but an engine rebuild may be in the cards at some point. The body is very straight, but does have some dreaded tinworm in a couple of key areas: namely the rockers and the floors. The chrome is all present and in good condition, but would need some attention if the car were to be fully restored. The interior was redone several years but not that many miles ago, and the convertible top is in new condition.

Perhaps the best thing about the car, aside from being a restorable project as opposed to a parts heap, is that it comes with a full history back to the beginning. It is a two-family car, and was purchased by the current owner’s father-in-law in Paris in 1975. He had engaged a local Mercedes specialist to help him locate a good car, and he found this car in Paris where he left a note on the windshield inquiring whether it was for sale. It just so happened that it was.

The car has lived all over the place, from Paris to Pittsburgh to Houston to its current home in Salt Lake City, Utah. For me, it comes down to whether I’m looking for a new project. I LOVE Pagodas, and would love to have another one. I also love the fact that this is a proper Euro car with the right headlights, bumpers sans overriders, and no side markers. The trouble is, I’m not sure I have the bandwidth to undertake a restoration, though. I’m very anxious to see the pictures, and have a feeling that once I see them I’ll be doomed. Unless it looks like this: