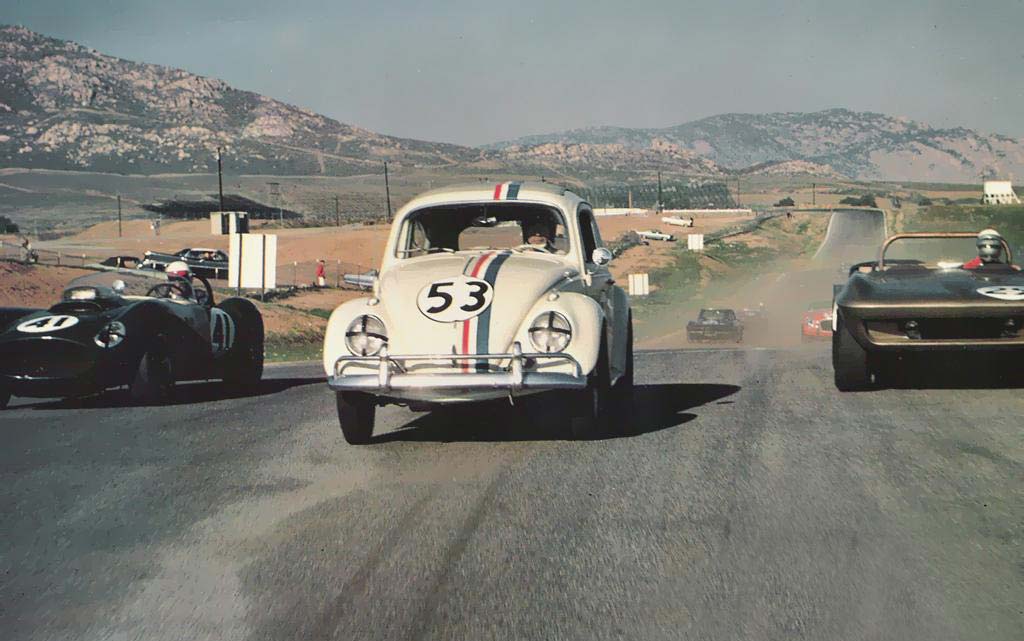 As car people, one of the questions we are always asked is “What are your favorite car shows or movies?” For many of us, the motion pictures that formed our fascination are still counted among our favorites.

Indeed, when people ask me what my favorites were as a kid, I reflexively answer Smokey and the Bandit, Cannonball Run, and The Dukes of Hazzard. Maybe add ChiPs and Knight Rider, too. Not all of it was good programming then, and some bits are downright cringeworthy today. But placed in context and within their periods, and viewed strictly through the lens of vehicular madness, I can today reconcile their standing in my own automotive origin story.

Recently I revisited Disney’s The Love Bug. Somehow, I had completely forgotten how much I loved this film, and how much it contributed to my early love of cars. I would have first seen it as a kid, of course, but its time in the theater was before mine on the planet. Maybe we rented it on VHS, or maybe I watched it on some television channel on a Saturday afternoon. I honestly don’t remember.

However, I can tell you that right off the bat little me loved Herbie, the pearl white 1963 Volkswagen Beetle Sunroof Sedan, and the star of the show. There was something real-life yet very cartoon-like about Herbie. Because I placed him more in the cartoon bucket, I didn’t beg and plead for merchandise; That behavior was reserved for an ongoing parade of black Pontiac Trans Ams and orange Dodge Chargers. Still, like millions of other kids, I was mesmerized by this little sentient VW.

Viewed in 2020, you have to give The Love Bug some slack. The predominantly practical special effects are quaint by the standards of which we are today accustomed. That said, the stunt driving is first-rate, and then add in a film speed that is very obviously goosed and the overall effect is more silly than dangerous, appealing perfectly to young viewers. 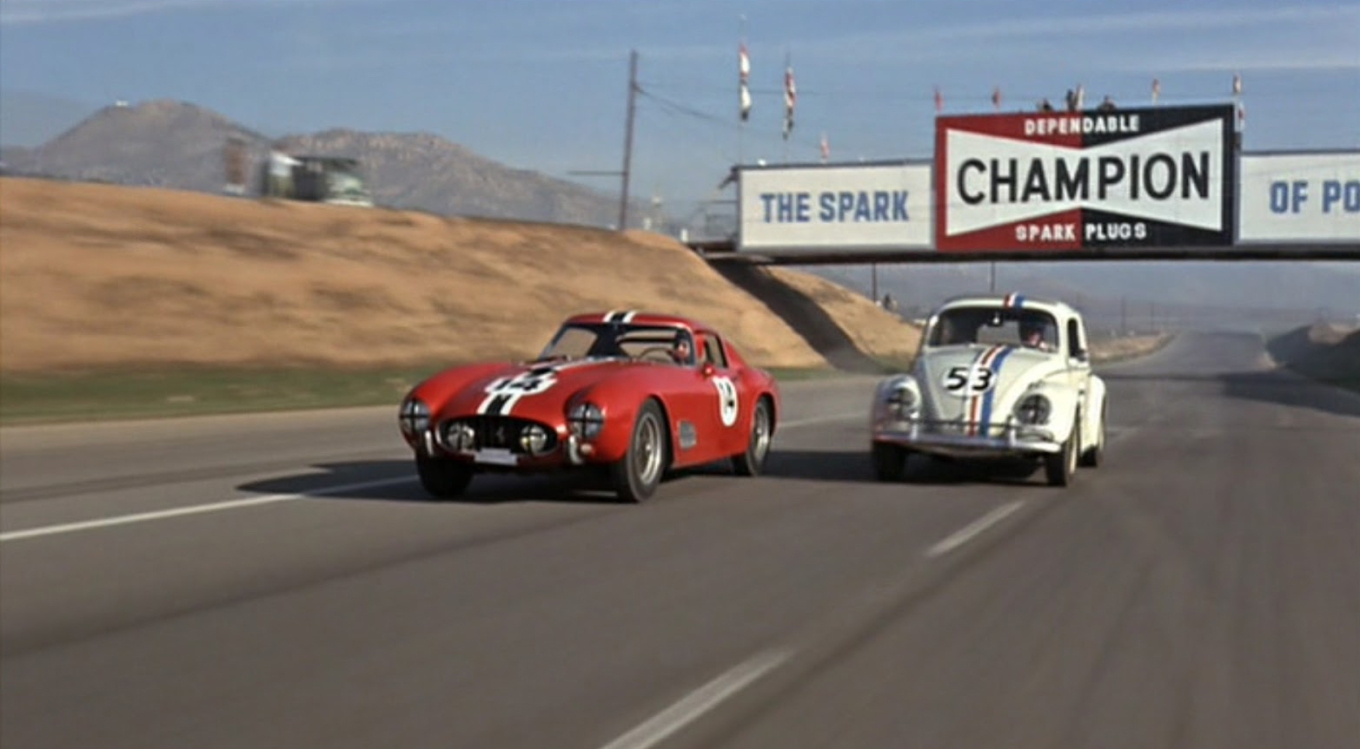 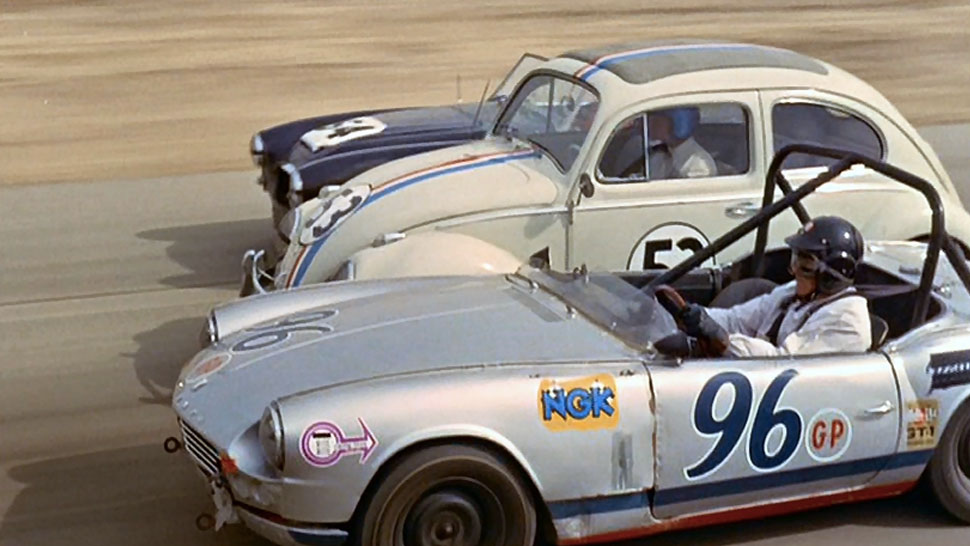 What was completely missed by young me was not only the cars sharing iconic race tracks like Laguna Seca and Riverside with Herbie – Ferrari, OSCA, Triumph, Jaguar, Corvette, Bizzarrini, Iso, and many others, including an Apollo GT standing in as the Thorndyke Special – but also the background cars shot around San Francisco. Plenty of American iron, as you’d expect, but also Datsun Roadsters, a Peugeot 403 wagon, a Lotus Elan, several Volkswagen Type 2s, and – this being San Francisco in 1968 – innumerable other Beetles.

In The Love Bug, Dean Jones plays Jim Douglas, a down-and-out race car driver. Buddy Hackett plays the sidekick, Tennessee Steinmetz. I’m not entirely sure what Tennessee’s role is, though: He admits to not being a mechanic, but acts as Douglas’s pit crew. He can wield a torch to make coffee, which he takes with whiskey and whipped cream. Tennessee has spent time on a mountain in Tibet, and apparently speaks Cantonese. He’s also a bit of an artist. Near the beginning of the film, he surprises Douglas by announcing he has turned his own Edsel into a yard sculpture. This actually sets up one of several great throw-away lines in the film: “Came over me all of a sudden. Seemed like the only decent thing do. Believe me, Jim, it’ll be happier up there.”

Clearly a man of many talents, Tennessee’s role is nonetheless critical because he’s the one who first latches onto Herbie’s apparent sentience. He takes to Herbie immediately, and just accepts the car’s inherent nature as, well, natural.

TENNESSEE: Well then, if everything you say about this car is true, it’s already starting to happen.

TENNESSEE: Us human beings. We had a chance to make something out of this world. We blew it. Okay. Another kind of civilization is gonna take a turn.

TENNESSEE: I’m sitting up on top of this mountain, right? I’m surrounded by these gurus and swamis and monks, right?

TENNESSEE: I’m lookin’ at my stomach. I’m knockin’ back a little rice wine. Got some contemplation goin’; I see things like they are. I coulda told you all this was comin’.

TENNESSEE: Jim, it’s happening right under our noses and we can’t see it. We take machines and stuff ’em with information until they’re smarter than we are. Take a car. Most guys spread more love and time and money… on their car in a week than they do on their wife and kids in a year. Pretty soon, you know what? The machine starts to think it is somebody.

Other articles point out that, unlike many modern films with intricate explanations or back stories, The Love Bug doesn’t really go into the “why” any more deeply than this exchange. Sure, this “sad little bucket of bolts” appears to have feelings and attitudes and (occasionally suicidal) mood swings, but after a bit of denial and argument the characters who are not Tennessee just decide to go with it.

What other articles – at least that I’ve been able to find – fail to point out, however, is the above exchange wherein Tennessee asserts that vehicles can and clearly are developing sentience sets up the entire Disney Pixar Cars universe close to 50 years before the first Cars film debuted in 2006.

Indeed, Herbie may have actually been the genesis for the Cars world.

Jay Ward is the Creative Director of the Cars universe at Pixar. He literally wrote the book – or, more accurately, the owner’s manual – on this world. While likely locked away in Pixar’s vault never to be seen by human eyes, Ward has spoken about how the Cars cars came to be: “If you think about this, we have autonomous car technology coming in right now. It’s getting to the point where you can sit back in the car and it drives itself. Imagine in the near-future when the cars keep getting smarter and smarter and after one day they just go, ‘Why do we need human beings anymore? They’re just slowing us down. It’s just extra weight, let’s get rid of them.’ But the car takes on the personality of the last person who drive it. Whoa. There you go.”

Moore’s Law was coined in 1965 and states the number of transistors on a microchip doubles about every two years, and during that same time the cost of the computers themselves is halved. I wouldn’t apply a strict reading of Moore’s Law here – no microchips, presumably – but rather a variation specific to Herbie’s world. What if automotive sentience, shown in its infancy in The Love Bug, exponentially increased every two years? By the time the Cars universe is revealed in 2006, you might have some pretty smart cars. Cars that had maybe decided, in their accelerated evolution, they no longer needed us. 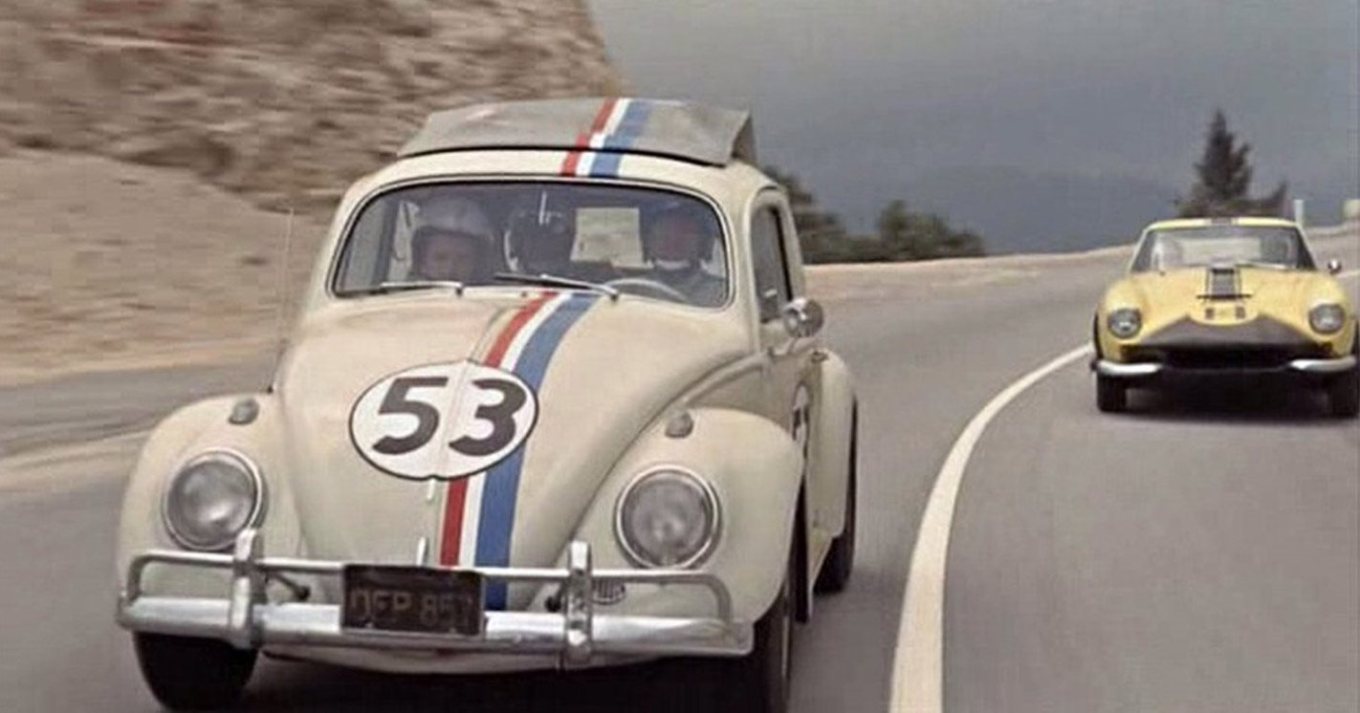 Having a young son means I have seen Cars (and Cars 2, and – unfortunately – Cars 3) more than 100 but less than 1,000 times. When you see a film that regularly, you start to look for meaning where there may be none. Jason Torchinsky over at Jalopnik has thought about the Cars universe a lot (like, a real lot), and he makes some compelling arguments about what actually constitutes a Cars car. I’m not here to defend or dispute his points.

But it took only one casual viewing of The Love Bug to pick up on Tennessee’s point in this weird web of automobilia. Jim Douglas has another throw-away line that at this point seems appropriate: “Has everybody gone nuts around here? I can understand how Tennessee feels, he’s just in off a flying saucer.”

I don’t think he’s a nut. In fact, the real magic may be contained in Tennessee, and not in an otherwise endearing little Volkswagen. 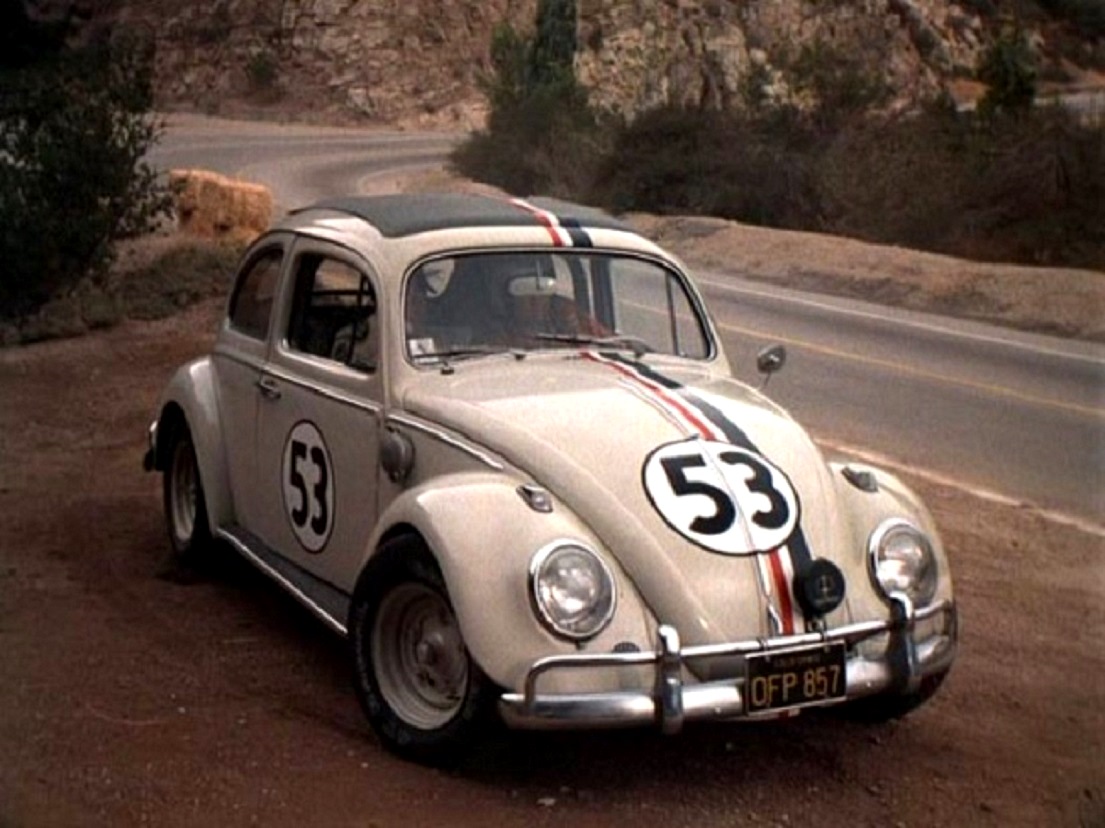 Totally That Stupid – Car Geekdom, and a little bit of life. Did Disney’s “The Love Bug” Foreshadow Pixar’s “Cars” Universe?
Loading Comments...
%d bloggers like this: