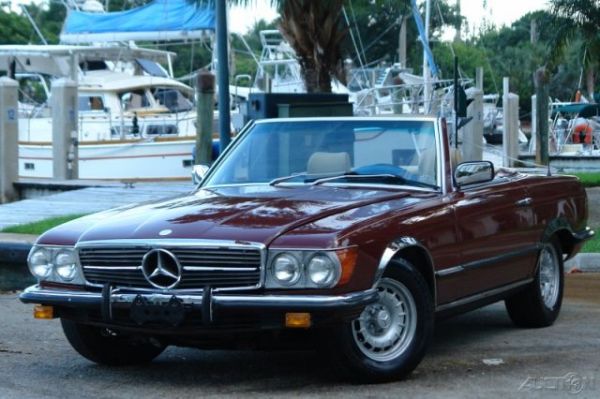 We’ve discussed the throaty dual overhead cam M110 inline-six cylinder motor several times before, as recently as last week when it appeared in this nice 280SE sedan of the same vintage. In any case, in the R107 which is hardly sporty nor light despite the “SL” moniker, this 185hp powerplant is somewhat sprightlier than it is in the big W126 S-class body. The M110 will propel the roadster to nearly 130mph, with 0-60 in the neighborhood of a period-reasonable 9 seconds, which is actually as quick or quicker than both the 450SL and the 380SL in emissions-choked US-specification. 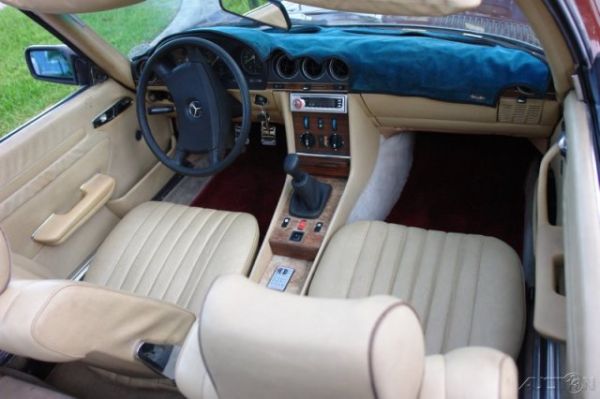 Interestingly, the 280SL really isn’t much lighter than the V8 versions of the R107s, due to the V8’s light alloy construction versus the iron block of the M110. Still, with the exception of a handful of earlier 350SLs, it is only the six cylinders that let you row your own gears, and if you’re anything like us, you like rowing your own gears. We also like blipping the throttle on downshifts and winding the car up to maximum rpms – especially with the top down. The seller of this car indicates that it “runs and drives well” but “needs some TLC” – although neither of these qualifications is explained. A small amount of leaking oil is to be expected – most M110s do – but beyond that we’d hope for a positive take-up on the clutch and straight tracking. Rust can be an issue with R107s as well, and we’d want to look close, but there are no overt signs of it in the modest pictures presented here.

Based on the pictures presented, it would appear that some of the TLC required here – if not all of it – is cosmetic. The top appears to have either some staining or tearing, and it appears that the back window on the hardtop is completely absent. Dash covers always make us expect the worst, and odds favor an R107 in a sunny clime having a cracked dash. The wood on the console has also seen better days. Still, if it’s a good runner, and the AC works as well as the seller says it does, we do like Orient Red on these cars, and all the parts to make it perfect are available directly from Mercedes or any number of SL specialty shops. Prices are Mercedes-high but not unreasonable by German car standards. We’d lose the tacky chrome wheelarch trims, add European headlights (which it should have anyway), drive and enjoy and maybe restore it along the way.