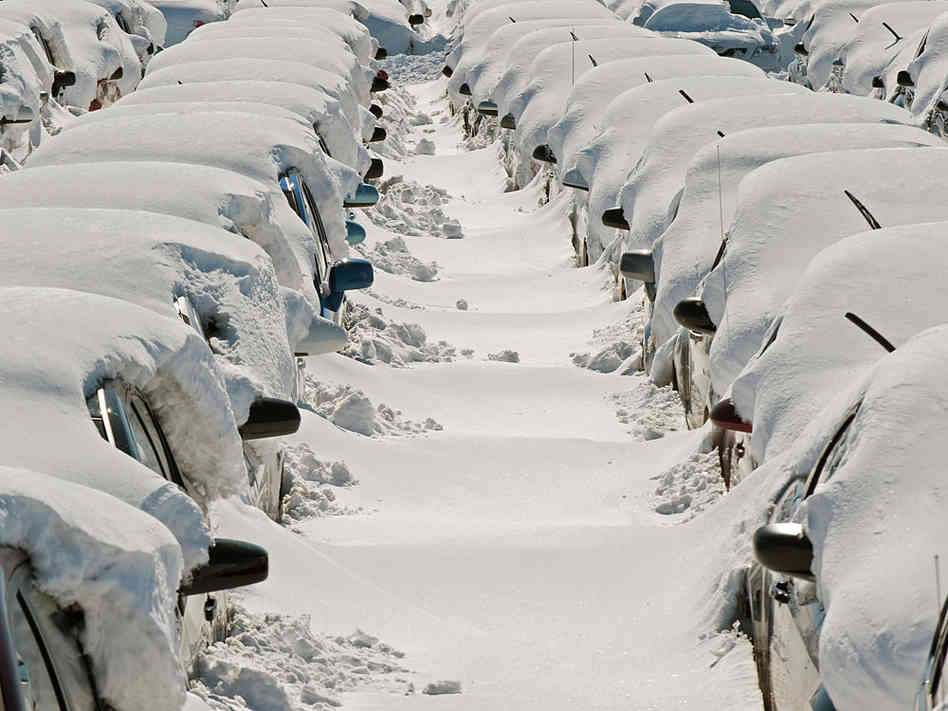 We hate to break it to you, but winter is fast approaching. In fact, the subject of good “winter beaters” has been quite the buzz around the TTS offices of late, because Lord knows we don’t want to drive our decent cars in the bad weather amidst the snow, ice, and (ack!) salt. Instead, like any red-blooded car people, we prefer to add something to the stable that 1) won’t break the bank in terms of buy-in cost OR maintenance, and 2) will be something that we can respect ourselves for associating ourselves with. Or that we can at least rationalize. Now is the time to buy, however, while the weather is still good enough that folks are selling interesting cars but before the weather comes and all the good ones are either sold or parked until spring. The general guidelines are simple: less than three grand purchase price, and, well, something we could conceivably have fun with. That’s pretty much it. So in a quick scan around Craigslist here are some examples to provide you food for thought….. 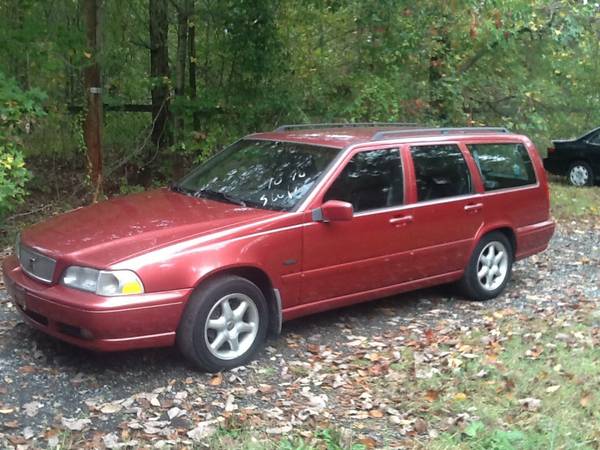 The car you see here is a rarity, and a collector’s item. “How could that possibly be?” you ask, given that it is a fairly ordinary-looking Volvo. A few things: first, in a world of mini-vans and SUVs, station wagons have become the exception rather than the norm for those who need to haul. These days, a station wagon paints you as some sort of strange Europhile or eccentric loony. Everyone on the TTS team owns at least one wagon, because, well, they’re not minivans or SUVs, and they are like cars, only more useful. Second, it has a manual transmission. Show me a new, mid-sized station wagon with a stick shift for sale in the U.S. Betcha can’t. Because there aren’t any. It’s not a good alternative to a 401K or your Berkshire Hathaway stock, but your friends won’t have one. Additionally, the front-wheel drive traction will be welcome in some of the slippery stuff, and chances are that – like most of them – this car has heated front seats. Extra bonus! On the maintenance side, they are reasonably easy to work on, parts are available everywhere and don’t break the bank. This one has the added bonus of a recent timing belt and water pump. Price? Just $2,450.

OK, we like our German cars here, and this one is no exception. This is unfortunately not one of the very cool manual transmission E34s, but that’s because decent ones of those go for a lot more money than this. What you have here is a fast V8-powered Q-ship that handles beautifully, and is not completely worn out like so many of these seem to be. The car has clearly been enthusiast-owned, and the listing even has a separate section for “car guy” Q&A which details that compression (even at almost 200K miles) is an even 210psi across all cylinders (no nikasil/alusil issues) and that the front end and brakes are recently redone. It could use a little fettling, but don’t we want to have something to tinker with? Heck, it even comes with the original wheels in addition to the nice looking 17″ BBSs. Maintenance costs are a little luck of the draw, but hey, you might get lucky and they are pretty robust drivetrains.. Price? Just $2,600.

So let’s say you’re a heck of a DIY’er and you live in an area that routinely gets a lot of snow. Either of the previous two cars will beach at some point, so you need something with more height, more traction, more ability. Well what is more able than a Land Rover? I mean, when they’re running. The fact that this one has a new transmission is a mixed blessing: it’s great because it has a new one, but chances are it will fail again – at some point. Because this is our winter beater, there’s really no concern about the non-operational sunroof and rear windows. Besides, it’s probably just a fuse… Right? This being an SE7 model means you can carry 6 of your closest friends around with you – or can perhaps run “good Samaritan” rescue missions when the snow gets really bad – if you’re so inclined. The fact is that so long as it is going, it’ll go just about anywhere you need to go. That is, until it stops. Price? Just $2,550.

But what if you want AWD capability in a car-sized package? Simple: that’s why Quattro was invented. Audi and Subaru (nobody ever really agrees about which) really pioneered AWD for the car-driving masses. A Land Rover is great but it probably won’t fit in your garage, or will leave little messes everywhere like a spastic puppy. Audi has an alternative, and it came as a sedan or a wagon: the A6 Quattro. We have loved these cars for their clean, slightly muscular styling and their bulletproof AWD systems literally for decades. Add to that the good looks and the really cool array of gauges, heated seats, and rear-facing third seat, and you’ve got grip AND utility. Chances are if it’s not leaking anything now, it will be a while before it does. At 184K miles this one has a long way to go, especially if that stack of invoices that the seller says comes with the car (but gives ZERO insight into) includes a timing belt change. I’d buy one of these tomorrow, but ideally in a better color. Price? Just $2,300.

Maybe all of these cars are too boring, or too new for you to really sink your teeth into. What about a true classic with power, classic American style, AND front-wheel drive for those nasty days? Well, here it is, baby, in all its metallic excrement glory: the Olds Toronado. I’ll be honest, I love these cars, and I think it would be a shame for someone to relegate one to winter beater duty. That said, if you want a standout car for the snowbelt on those cruddy winter days, this could just be the ticket. Besides, it runs (maybe? but it comes with a shop manual…) and just barely makes it into our price requirements. Perhaps if you killed this one, you’d be able to find another one in a couple of years..? Your low price? Just $3,000. 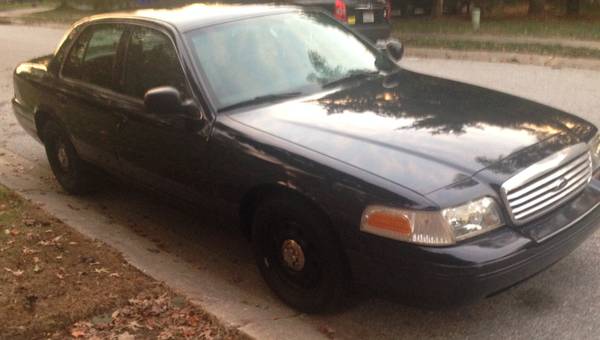 OK, you like the idea of a big American RWD machine but 1969 is going back a little too far for your comfort zone? Well how about a fairly recent ex-cop car? This was a Maryland state car, has the motor and the spotlights, but instead of troublesome heated seats and fancy doodads like that it has cloth seats up front, and leather (that will be stone cold in winter) in back – a good way to discourage unwanted riders. At 135K on the clock, this car has a long, long way to go before throwing-in the towel, and any shop worth its salt can work on it. Heck, owning one of these is as American as apple pie and the TSA. Driving one of these has the added benefit of unintentionally clearing the lane in front of you, except when people slow to a crawl but fail to yield to your implied importance and superiority. Nonetheless, as a winter beater a car like this may be just the ticket – there is, after all, a reason that they’ve been so successful as police cars and taxis for so long, and it wasn’t the styling or the innovation. It was good, old fashioned American “works like it’s supposed to” engineering. Is it an “enthusiasts” car? In a sense. It’s muscular, can be made to handle, RWD, and will scare the other guys on the road. We can have fun with that, can you? Budget for snow tires, and you’ll be unstoppable. Price? Just $3,000 (for this one, but there is no shortage of supply). 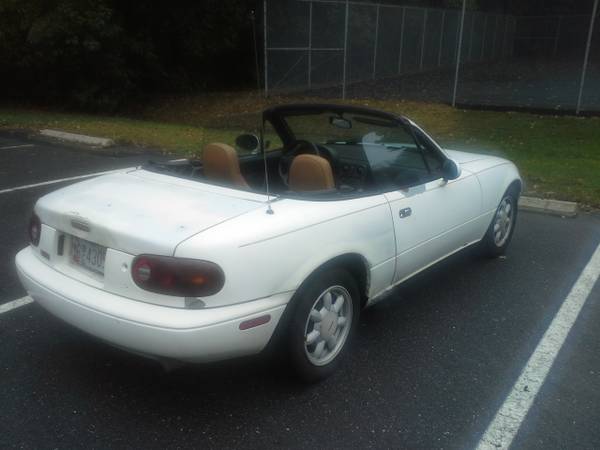 As soon as you stop laughing I will continue….. ….. There. Here’s the thing: we ARE Car Geeks, and we can have fun driving any of the above or any number of other cars. But there is still nothing like a 2-seat sports car/convertible with a revvy engine and a manual transmission to get the blood pumping – even in the bad weather. Truth is, we like driving around with the top down in sub-freezing temperatures, so long as we can run the heat on high and keep our feet and legs warm. In fact, we’ll drive top down in just about everything apart from a torrential deluge. Remember: you can always add layers. Besides, when it’s a little slick out, the powerslide possibilities are endless! And those days when the snow is too deep to get your Miata out of the driveway? Duh, stay home. The only people out on those days are driving around in barges and don’t know how to control them on the slick patches. No, thanks! As cheap as these cars are in running but imperfect form, they leave money on the table to play with. I’m thinking air horns, exhaust, maybe even a cheap paint job to get it all approximately the same color. Oh yeah – maintenance is about as cheap and easy as they come, although the oil filter is a mother. Price? A paltry $1,500. Damn. I just may call.

Totally That Stupid – Car Geekdom, and a little bit of life. For $3K, What is the Best Winter Beater for TTS Types?