Fleet Update: I Swear They Just Follow Me Home!! 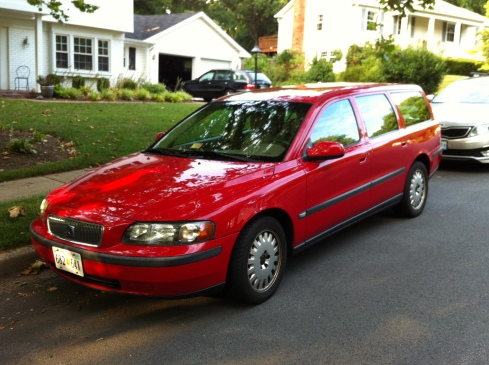 We have made no secret here about being station wagon geeks. In an unholy land of minivans and SUVs, station wagons appeal to our TTS sensibilities thanks to a combination of practicality and car-like manners. Some are even downright sporting! There is already a station wagon in my family stable, and we need another car like a hole in the head. Still, a few months back when a good friend and TTS subscriber told me he was going to be selling the Classic Red European-delivery 2001 Volvo V70 2.4T wagon that he bought new, and selling it cheap, my brain started trying to come up with reasons to buy it. 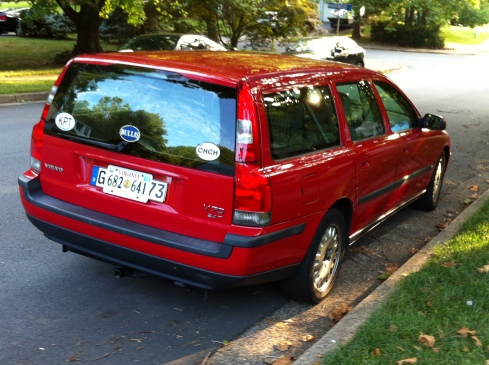 I’ve always liked Volvo wagons – we’ve had two of them. And I know the type of owner this fellow is, and no expense was spared for the majority of this car’s life, as evidenced by the huge stack of paperwork that came with it. Oil changes were frequent, as were the bigger regularly-scheduled services. The car even had a replacement transmission – a common fail point on the 2001 V70s. The 197hp 2.4T low-pressure turbo was the middle of the V70 range in 2001 – with the 165hp non-turbo 2.4 on the lower end, and the 247hp 2.3 T5 high-pressure turbo on the high end. The 2.4T certainly doesn’t offer the rocketship performance of the T5, but it scoots right along and certainly has no trouble getting out of its own way – and without the torque steer that plagues the more powerful car. 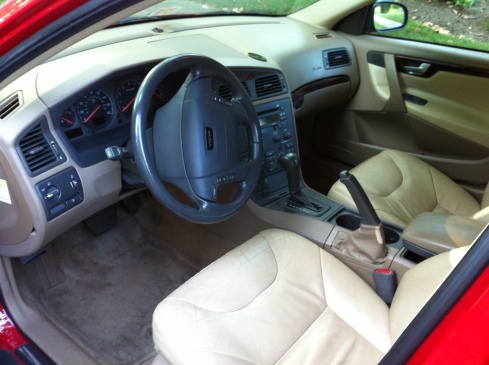 With delivery of his practically virgin-new 2001 Volvo V70 (ordered for his mother in law at the same time as this car, also European delivery at the same time) rapidly approaching, my friend started making more noise about selling the car – something about not needed six cars with only four drivers, insurance, hassle, and, well, you know how it goes. Bottom line, the price was too good to pass up, so we shook hands, exchanged money, and all of a sudden I found myself holding the keys to this car, minus the cool Swedish temporary plates from the European delivery (although I covered the oxidized spot on the tailgate where the Swede plate had been with an old German plate I had lying around the garage – and I like the way it looks!). Behind the wheel, I was reminded how much I like these cars – they are poised on the road, comfortable, and handle the back roads pretty darned well. Besides, with extensive history in BTCC racing and service as British cop cars, there must be something good about them! 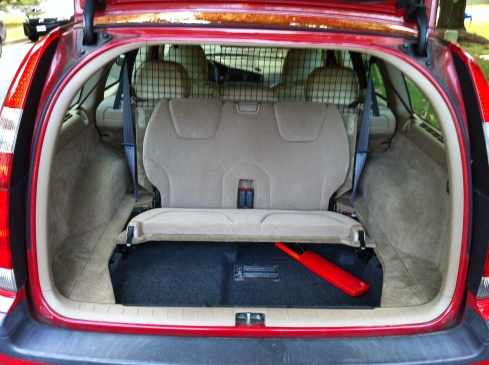 There are a few reasons this particular car appealed to me, besides the fact that I know the only owner it’s ever had. First, it has the rare rear-facing third seat option – which Volvo stopped offering with the current model. To me, it’s that seat that made cars like the V70 (and our 2005 Mercedes E320 Wagon) viable alternatives to the dreaded minivans and SUVs by letting them carry up to seven people, so long as two of them are less than about five feet tall. Second, it is already equipped with a professionally-installed hitch. We’ve recently gotten pretty active as a family with bicycling, but have been somewhat limited to our immediate surroundings because we don’t have a car capable of carrying more than one bike at a time, and I don’t really want to cut up the bumpers on any of the other cars we have. Problem solved. Third, the Classic Red is a rare hue on these cars. I am told it was only available on European delivery cars, but I haven’t been able to confirm that. Regardless it stands out in an ocean of silver, black, grey, and white cars. 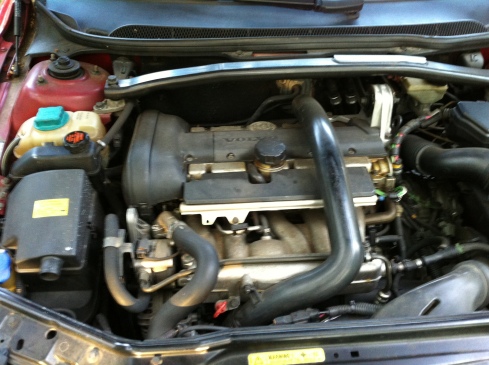 So what to do with it? I could drive it for a while and take care of the few little maintenance items it needs (timing belt, MAF sensor, and a few other bits), then sell it on hopefully at a profit (and I promised a nice meal for my friend – and I should include his wife as well – if I make a healthy profit on it). Or, I can build a Daddy-wagon. Everyone talks about station wagons as Mommy cars, but why can’t I have a Daddy wagon? Admittedly, I got the idea when checking out the IPD Volvo Parts website, and stumbled on their ECU upgrade that adds 33hp to the 2.4T with a simple reprogramming. Add some nice wheels, exhaust, intake, and maybe a roof rack and rear spoiler, and this car has the potential to be a cool wagon along the lines of the red Volvo 740 Turbo wagon from the company’s late-80s ad campaign. Ooh the possibilities!