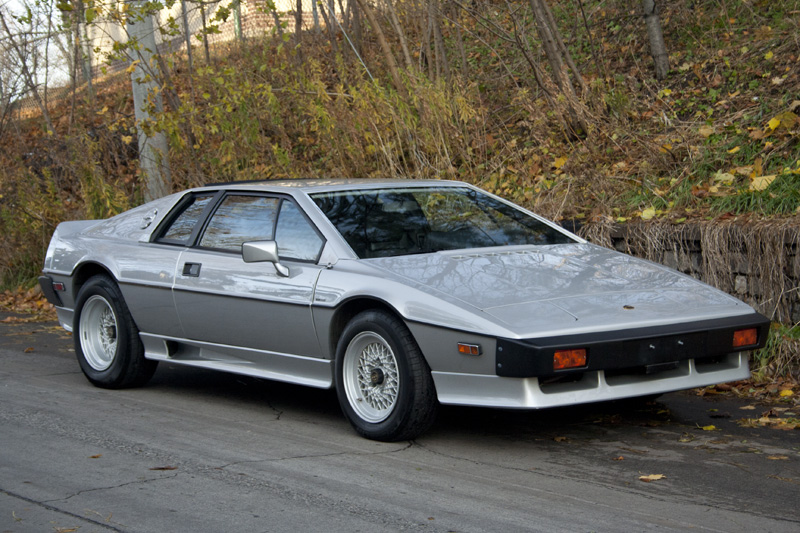 If you were a budding Car Geek in the 1970s and/or 1980s, exotic supercars were all wedge-shaped – Lamborghinis, Ferraris, Maseratis, and perhaps the most wedge-shaped of them all was the Lotus Esprit. These wedges were all meant to embody speed with their ultra-raked windshields, mid-engine layout, and a seating position about three inches off the ground. All of these cars were part of the “Justification for Higher Education” garage, but the Lotus had the added distinction of being a Bond car, which meant we wanted it. This low mileage example looks fantastic in silver on black leather, and is a supercar bargain at just $22,900 or best offer. .

The original Lotus Esprit was released to the public for model year 1977. It was based loosely on a Giugiaro show car displayed at the 1972 Turin Motor Show. The original boxy design went through two mild redesigns prior to this version, and two subsequent redesigns including a major “softening” of its hard creases for 1987 (and made famous in the film Pretty Woman which also, incidentally, made Julia Roberts famous) and remained in production through 2004. We are partial to the original boxy Esprit with the tuned inline 4-cylinder motor made all the better with its turbo. This one has the added benefit of a recent major service and new tires. 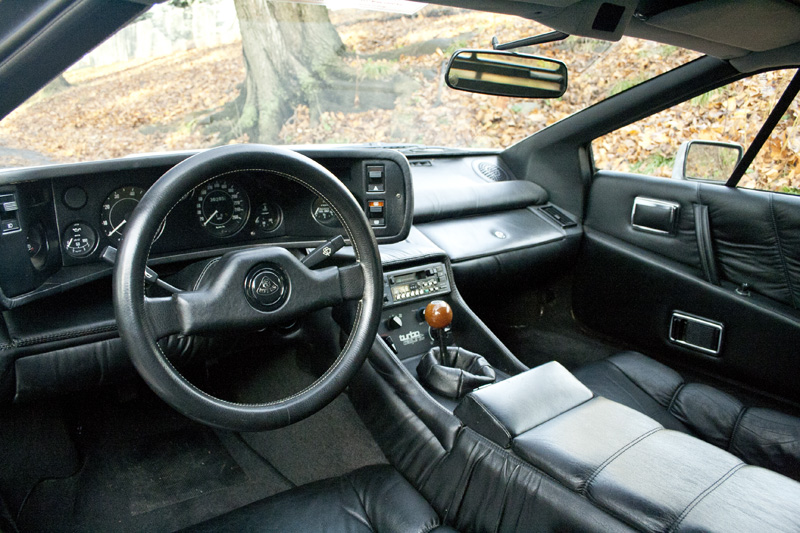 Under normal circumstances, the fact that this is an original Canadian market car would make it verboten to U.S. buyers. Fortunately (in this circumstance, not my own) 1985 was more than 25 years ago, thus exempting this car from the stringent DOT/EPA importation rules – it should be as easy as buying it, shipping it in, and registering it.

Esprits helped move Lotus away from their “kit car” feel and reputation for reliability, although they still had their share of quality issues. Still, Lotus did borrow parts from various corporate parts bins as with this car’s Rover 3500 taillamps which replaced the Fiat X1/9 units on earlier Esprits. Interiors were mostly well put-together, although Esprit leather tends not to be the most durable. With such low mileage, the leather in this car appears to be in remarkably good condition, as does the rest of the interior. The new owner should expect to perform a regular regimen of cleaning and conditioning the whole inside of the car.

Esprits are a well-balanced if overly firm drive. The 2.2 liter turbocharged 16 valve motor in this iteration developed 210hp and 200 lb-ft of torque, shifting the Esprit from 0-60 in under six seconds all the way to a top speed of 150mph. These days, square-edge Esprits are increasingly uncommon at the local and regional car shows, having bottomed-out in their depreciation curve and suffered the indifference of owners who couldn’t afford to properly care for them, or opted not to in light of their values. We think the good ones are going to start climbing again in value, so we would buy it, use it sparingly, and take care of it. In a few years there should be a return on the modest (for a supercar) investment it would take to buy it today. Are you feeling lucky?