Hot compacts of the 1980s and 90s, in both hatchback and coupe formats, were automotive life staples when your servants at Totally That Stupid were growing up. The fastest versions of the Honda Prelude, Acura Integra, Toyota Celica, and many others got all the attention – and the buff-book review accolades – for good reasons: They were quick, light, handled well, and were usually quite affordable, at least in hindsight.

As time and miles accrued, a few of the top-tier versions were preserved, while many got run into the ground. The former became collectible, and are now nostalgia pieces for Generation X. The latter became yard art and junkyard fodder to be recycled into Hot Wheels cars (hopefully).

We feel there is honor in the more pedestrian versions of these cars. You may remember them as the volume sellers, the cooking versions, that populated dealer lots to appease the traffic generated by the top-shelf hotrods. They were just cars to many of their owners, nothing special, and thus many were used up and discarded. But some of these cars survived, and survived very well. No longer just appliances, they are now emerging from the woodwork – and from garages – as actual collectibles. 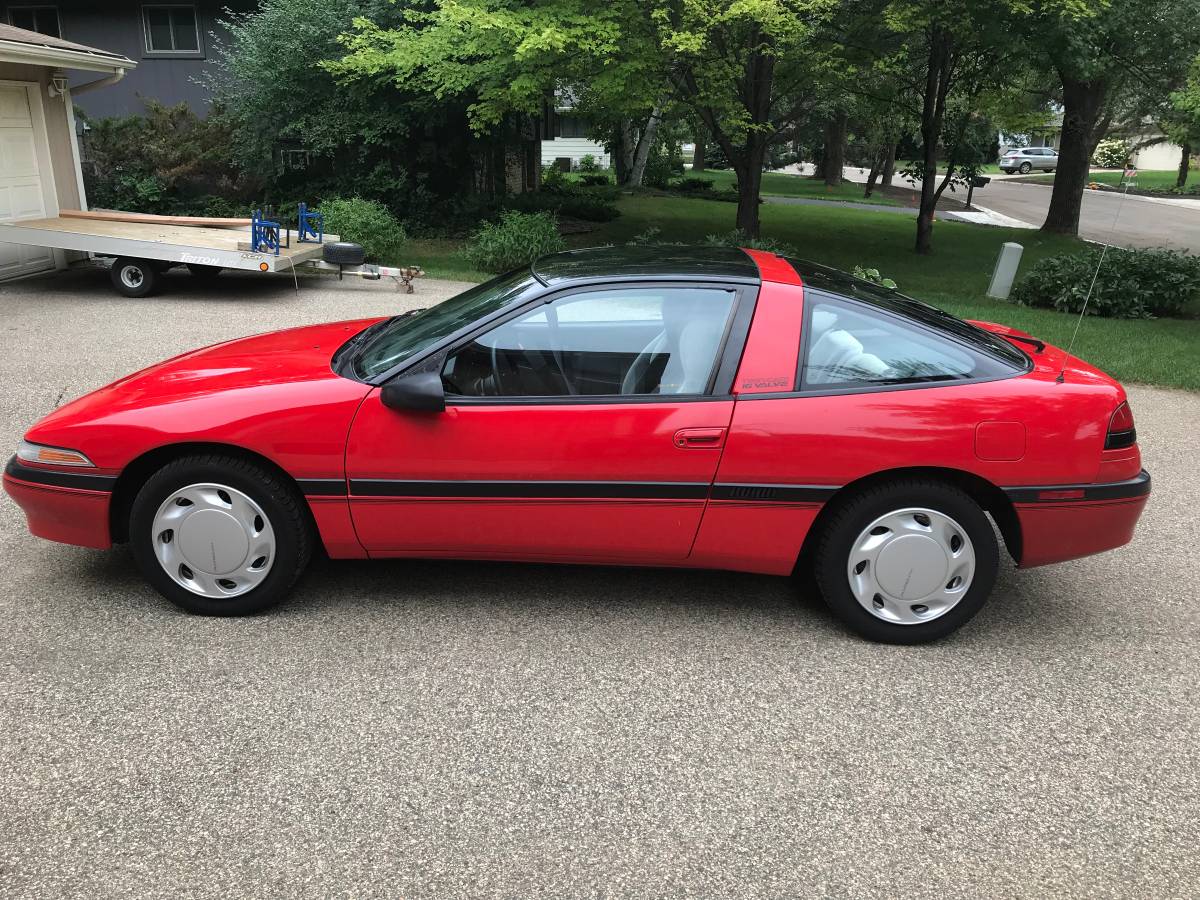 Today we feature a 1991 Plymouth Laser RS offered in a southern suburb of Minneapolis, Minnesota. One of the Diamond-Star Motors (or Diamond-Stars, or DSM) cars, they were some of the final fruits of Chrysler and Mitsubishi’s long-standing love affair. Other model lines, known as captive imports, included the Chrysler/Dodge/Plymouth Conquest (Mitsubishi Starion) and the Dodge/Plymouth Colt (Mitsubishi Colt/Lancer/Mirage).

Laser production started in 1990, alongside the Mitsubishi Eclipse and the Eagle Talon, at Mitsubishi’s plant in Normal, Illinois (now home to Rivian electric truck production). The Laser line ended in 1994, whereas Eclipse and Talon production moved on to a second generation.

This ad’s verbiage is a little light, but based on the photos this thing looks great. Most importantly, I would want to know if the seller’s claim of “no rust” is the classic definition – there is no rust on the vehicle’s chassis or bodywork – or it’s the more liberal Minnesota interpretation which translates to “some rust, no noticeable holes, and nothing that would affect the overall structural integrity, to include a subframe falling out.”

Sure, it’s not the top-shelf Laser RS Turbo (and certainly not the later RS Turbo all-wheel drive), but neither is it the poverty-spec, base-grade, 8-valve model. This is the mid-grade version with a 16-valve, 135-horsepower Mitsubishi 4G63 side-winder. It’s sporty without being an actual sports car, like its turbocharged sister, especially given the obvious lack of a third pedal. The only spooky thing I can spot under the hood is the radiator: If it’s made of the same plastic as other Japanese brands of the time (highly likely), it appears aged and discolored, indicating the imminent need for replacement. 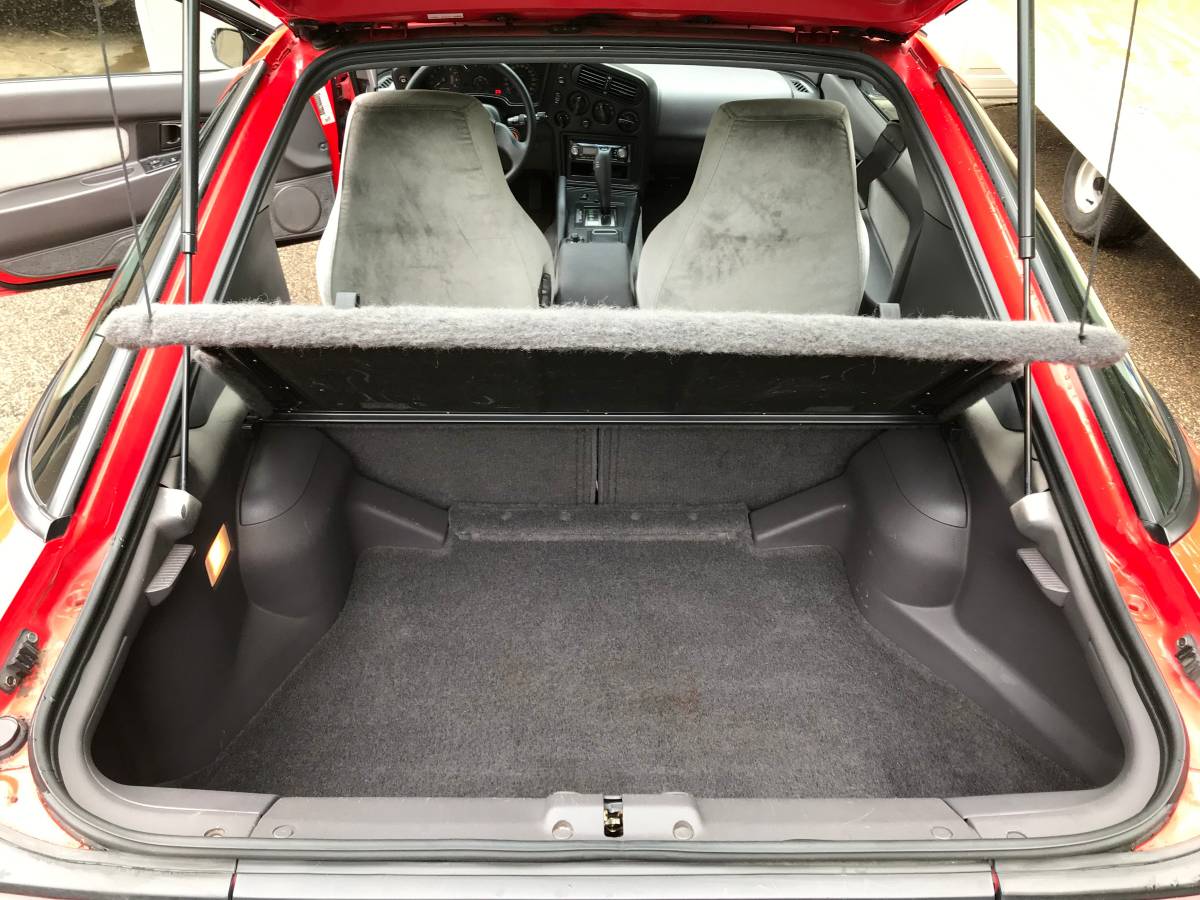 The parts of this car we can see are kind of ludicrously clean. Look under the hood and in the jamb around the hatchback. Even the cargo hold itself is unmarked, with no evidence anything was ever carried back there. 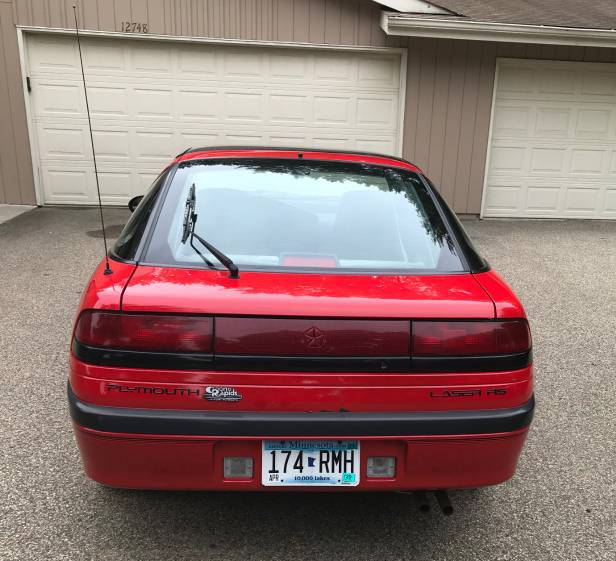 The rear bumper has been repainted – it’s a shade off the rest of the car and has a paint-adhesion booger over the license plate area – but otherwise all the red appears to match. There isn’t a shot of the passenger side, but given the overall condition I’ll give the seller the benefit of the doubt. Let’s assume there are matching hubcaps on that side, too.

The cloth interior is inviting without being creepy. Being an RS the cabin features some plush amenities, including (apparently functioning) air conditioning and power mirrors. The aftermarket stereo looks a little out of place, but such is life in 2020. Everything else has a simplicity to it which is refreshing today. It also has the dreaded automatic seatbelts – “mouse-belts” – which sucked so badly back in 1991 they haven’t even achieved kitsch status today. All told and seen, there is little in the pictures to indicate almost 30 years (!) and 156,000 miles. I would, however, like a good picture of the driver’s seat.

And also a bargain. Even pushing 30 years old, this Laser would still be a fun around-town car. Since the cosmetics are intact and nice – can’t imagine trim bits are particularly easy to find – running costs to keep the mechanicals in top shape are probably cheap enough. The hatchback body style is useful, too, but again the cargo area is so clean I wouldn’t want to put anything back there but soft groceries. With a little work to the rear bumper and maybe a period-correct stereo, it would even show well at a local Cars and Coffee or whatever version of Radwood we’re up to.

Perfect definition of Cheap Heap of the Week in our book.

Editor’s Note: This ad was deleted by its author right before we published. We’re going ahead with this post anyway to illustrate that interesting, cheap cars are still out there, and that they can vanish pretty quickly. 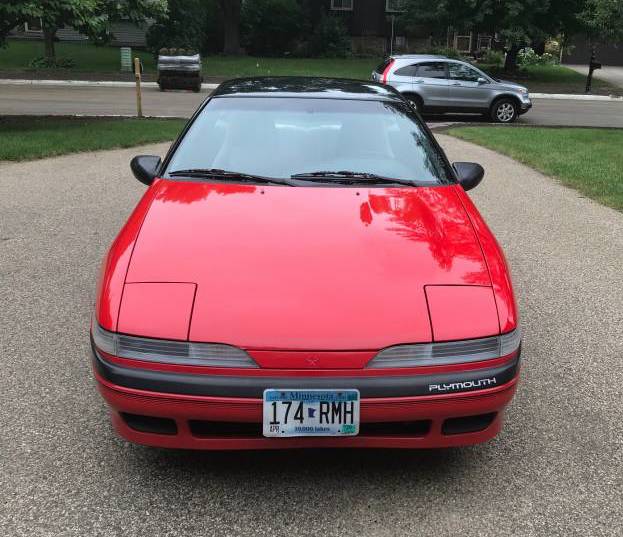 Cheap Heap of the Week