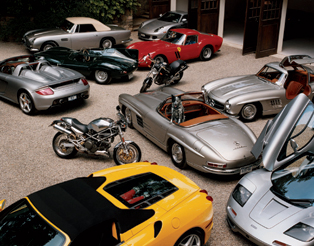 Suppose for a minute that you have managed to finagle your personal finances through a series of questionable actions to the point that you have somewhere in the neighborhood of $20K available in liquid funds. Now suppose further that you are cunning enough to convince whomever else in your household that has a say in how your money gets spent that you are car savvy enough to take that $20K and turn it into at least 25% more over the next 1-3 years. We’re not talking penny stocks going up 100X in value, but is there not some appeal to our automotive selves in the ability to buy and enjoy a car that we find interesting and end-up selling it on at a net gain? END_OF_DOCUMENT_TOKEN_TO_BE_REPLACED

It’s amazing what a little bit of bad PR from 40+ years ago can do to a car company. Even Jaguar cars from the Ford period forward depreciate like just about nothing else on the market (save for the Kia Optima that I recently traded away – but that’s a story for another day). That is to say they just can’t hold their value despite a long-ago departure from the gremlins associated with Lucas Electrics, but they’ve just really never recovered. Now I’m not going to argue that they’re the most reliable cars on the market – they’re not – but they are on a par with most contemporary luxury cars from the past 30 or so years. And to our eyes, they’re prettier than most, especially the last of the old-school, old-tech XJ6s: the Series III. END_OF_DOCUMENT_TOKEN_TO_BE_REPLACED

As my colleague here at TTS has pointed out, Old Bastard Winter is inbound on a fast train.

Winter for both of us is a “six of one, half-dozen of the other” proposition. My Minnesota winter is longer and harsher, but we know how to deal with it. Unless the snow is measured in feet… actually, even that doesn’t matter. His Virginia winter is shorter and certainly more temperate, but any amount of the fluffy white stuff cripples the entire system, sending the mid-Atlantic’s residents into delirious spasms of hoarding. END_OF_DOCUMENT_TOKEN_TO_BE_REPLACED

For $3K, What is the Best Winter Beater for TTS Types?

We hate to break it to you, but winter is fast approaching. In fact, the subject of good “winter beaters” has been quite the buzz around the TTS offices of late, because Lord knows we don’t want to drive our decent cars in the bad weather amidst the snow, ice, and (ack!) salt. Instead, like any red-blooded car people, we prefer to add something to the stable that 1) won’t break the bank in terms of buy-in cost OR maintenance, and 2) will be something that we can respect ourselves for associating ourselves with. Or that we can at least rationalize. Now is the time to buy, however, while the weather is still good enough that folks are selling interesting cars but before the weather comes and all the good ones are either sold or parked until spring. The general guidelines are simple: less than three grand purchase price, and, well, something we could conceivably have fun with. That’s pretty much it. So in a quick scan around Craigslist here are some examples to provide you food for thought…..

END_OF_DOCUMENT_TOKEN_TO_BE_REPLACED

The San Francisco, California, public auto auction is not normally the place to discover a classic Mercedes sedan. Generally run across the block are tatty donation cars like battered Ford Escorts, crispy Nissans imported from rusty states, or smoke-belching Saab parts cars that will not pass the state’s Draconian emissions inspection.

Occasionally something interesting gets consigned, like a clean Porsche 914 or 1980s Maserati Quattroporte, but the reserve is always full retail. My friend Jake and I would always keep our eyes open for the rough gems, but more routinely found the generic garden boulders. END_OF_DOCUMENT_TOKEN_TO_BE_REPLACED